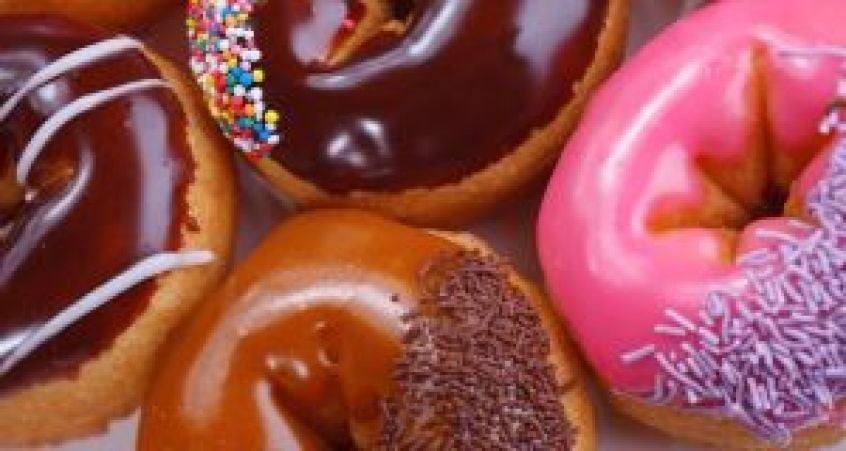 Few things are as simple and delicious as a doughnut – jam filled, sugared, or glazed, the sweetened fried dough is of course beloved by Homer Simpson, but every country and culture also appears to have their own preferred version.

With international travel off the table right now, food can transport you, and these doughnuts will take you all round the globe…

Bomboloni are as fun to eat as they are to say. The Italian sweet treats are pretty close to a traditional British doughnut: a soft, yeasted ball of dough that’s fried and stuffed with a sweet pastry cream (sometimes chocolate spread), and sprinkled with sugar.

These guys traditionally hail from the Netherlands and Belgium, where confectionery is taken very seriously. The name directly translates to ‘oil balls’ which might not sound particularly appealing, but the reality is so much better.

Oliebollen are spoonfuls of sweet dough dropped into hot oil and dusted with icing sugar, making for a fluffy dumpling with a crunchy outside. Sometimes the dough is filled with raisins or sultanas, and they’re often eaten to celebrate New Year’s Eve.

If you’re partial to a ring-shaped doughnut, try sel roti. Made out of rice flour, the Nepalese dough is flavoured with cardamom and cloves and goes perfectly with a mug of something hot, eaten at breakfast or for afternoon tea.

Balushahi look like glazed doughnuts, but instead of being spongy on the inside, these northern Indian sweets have a flaky texture (due to the fact they feature baking soda as a raising agent instead of yeast) and are coated in a sugar syrup.

For a lighter take on doughnuts, look to Portuguese speciality, sonhos. The name means ‘dreams’ in Portuguese, and they’re often served at Christmas. These little morsels have a light-as-air texture and tend to be rolled in cinnamon sugar.

Next on our tour around the world is Hungary, for fánk. These fluffy doughnuts are traditionally served during carnival in February. Known as ‘ribbon doughnuts’ due to the pale strip running around the centre, the dough is flavoured with rum, and served with a thick Hungarian jam dolloped in the middle.

In Norway, smultring are usually eaten at Christmas. The dough is flavoured with lemon, cinnamon, cardamom and liqueur, and fried in rings.

These Malaysian doughnuts shake things up with a dough made using steamed sweet potatoes. Kneaded with flour and shaped into a ring, the dough is fried and glazed in a crunchy sugar coating. As there’s no raising agent, they’re denser than some of the other doughnuts on this list.

Moroccan sfenj are made from an unsweetened, sticky dough, which is slightly chewy, with a golden, crispy outside. As it’s not sweetened, you can enjoy sfenj with almost anything – slathered in honey, sprinkled in sugar, or even mopping up a savoury meal. Traditionally, they’re eaten alongside a cup of tea.

Are we ready for gender neutral fashion?

Could virtual reality give you the travel fix you’re craving?