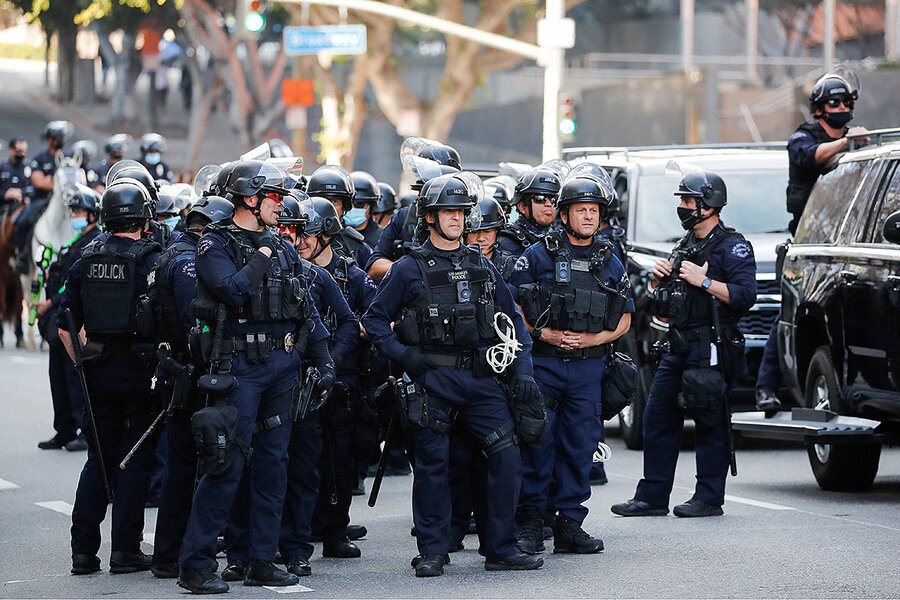 Few police agencies in the United States require rookie officers to hold a college degree to join the force. The status quo persists even as an ample body of research suggests that college-educated officers use force less often and face fewer public complaints and disciplinary actions than those without a bachelor’s degree.

In California, where existing law allows an 18-year-old with a high school diploma or its equivalent to pursue a police career, a state lawmaker aims to raise the hiring bar. Assembly Member Reggie Jones-Sawyer has introduced a bill that would require new officers to either earn a four-year degree or turn 25 years old before they could carry a gun and badge.

The Democrat from Los Angeles, who leads the Assembly’s public safety committee, has called his measure an attempt to ensure the hiring of “only those officers capable of high-level decision-making and judgment in tense situations.” The bill refers to neurological studies showing that young people’s cognitive development – including in the areas of the brain governing impulse control and working memory – continues into the mid-20s.

Most states set minimum ages from 18 to 21 for police eligibility, and four – Illinois, Nevada, New Jersey, and North Dakota – require a bachelor’s degree or the equivalent based on education and experience. At least a dozen other states mandate some college education.

George Floyd’s death in May at the hands of Minneapolis officers has amplified criticism of police for using excessive force. California enacted a law in January that tightened its use-of-force standards. Mr. Jones-Sawyer has asserted that recruiting more college-educated or older rookie officers could save cities millions of dollars in payouts arising from excessive force lawsuits. In Los Angeles, police misconduct cases cost the city $190 million from 2005 to 2018.

A 2017 report on the effects of higher education on policing offers a different perspective on the bill’s potential value. The study surveyed more than 950 law enforcement agencies across the country that serve areas ranging in population from less than 2,500 to more than 1 million.

The research suggests that the lower rates of use of force among college-educated officers – and the smaller number of liability lawsuits filed against them – can enhance the reputation of police in disadvantaged and minority communities. Related studies have shown that police officers with college degrees more readily embrace new approaches to the job – including community policing and procedural justice – that could further repair the profession’s image.

The 2017 analysis revealed that the average salary of officers with four-year degrees runs 2.5% to 5% higher than their counterparts, and 15% or higher in some cases. About one-third of the agencies surveyed cited an inability to afford bigger salaries as a reason for forgoing a college-degree requirement.

On the other hand, the report also found that officers who graduated college are more adept at writing reports. Underappreciated as a part of police work, the skill can improve the rigor of investigations, translating into fewer false confessions and wrongful convictions – and fewer lawsuits against officers.