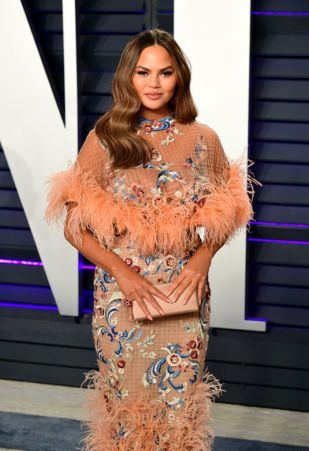 In the days where we could actually dine out, ordering wine could often be quite stressful.

Not only is it difficult to know whether you’ll like the bottle from its description, but if you take the sommelier’s recommendation without setting a price limit, you could be surprised with a hefty bill at the end of the evening.

Just ask Chrissy Teigen. The US star has shared a story about accidentally ordering a $13,000 (€10,000) bottle of wine after asking her Twitter followers for “the most expensive thing you’ve eaten that you thought sucked”.

“One time John and I were at a restaurant and the waiter recommended a nice Cabernet,” she tweeted. “We got the bill and it was 13,000 dollars. HOW DO U CASUALLY RECOMMEND THAT WINE. We didn’t even finish it and it had been cleared!!!”

one time john and I were at a restaurant and the waiter recommended a nice Cabernet. We got the bill and it was 13,000 dollars. HOW DO U CASUALLY RECOMMEND THAT WINE. we didn’t even finish it and it had been cleared!!!

So is it ever worth going for the most expensive bottle available, or should you stick to a cheap and cheerful supermarket favourite? We asked a wine expert to explain…

Firstly, what makes some wines more expensive than others?

“There’s a few different elements that give a wine its price,” says Isabelle Lynch, head of wine at The Wine List. “The first is the quality, which includes the balance of the wine, how it tastes and how complex the flavours are. This is achieved by ageing the wine and putting it through lots of different processes in the winery itself.”

Lynch says that all the time and labour put into the different ageing processes of the wine can add to its overall price tag.

Once you start tapping into wines from really expensive, famous regions though – like Champagne or Bordeaux – winemakers can start to charge more. “It’s a bit like fashion,” explains Lynch. “If you have a plain white T-shirt, you could pay £5 for it, but as soon as you put a luxury brand name across the front, you can charge so much more.”

“When you get into the really expensive wines, like Teigen’s $13,000 bottle, it’ll be a great quality wine, but it’ll also be rare.

“When wines are rare, it changes the price, because it’s all about supply and demand. It’s a bit like buying a rare, vintage car or watch – people are willing to spend lots of money on these items.”

Could the average person taste the difference between a €30 bottle of wine and a €10,000 bottle – or do you have to be a real wine enthusiast to recognise the nuances?

“[The wine industry] does blind tastings a lot and sometimes they’ll get results where a €30 bottle has done really well, or a €100 bottle has done better than a €3,000 bottle,” notes Lynch.

She explains that the main contrast is in taste, which everyone – no matter your knowledge of wine – would be able to notice. “I have known people who don’t really drink wine to try a £€00 wine and remark about how different it tastes from a standard supermarket bottle,” she says.

It’s all about how long that taste lasts for too. “We talk about ‘finish’ on wines, which is basically, once you take a sip, how long you taste that flavour for in your mouth afterwards. The longer it lasts, usually the better the wine is.”

Plus, if you’re in a restaurant like Teigen was, there’ll also be a significant mark-up on the price because you’re paying for the service and experience too.

So is it worth buying expensive wine – and do you need to buy expensively to drink well?

“When it comes to wine, I like thinking about trying to find a balance between quantity and quality,” says Lynch, who adds that it will all depend on what disposable income you might have.

Essentially, you don’t want to spend €5,000 on a bottle of wine if you enjoy having a drink at the weekend, and that’s the only bottle you could afford all year. On the other hand, Lynch says you don’t want to buy lots of cheap wine that you don’t enjoy drinking.

“I love wines that are €100, but I personally wouldn’t start going into the thousands – that would maybe be once in a lifetime,” says Lynch. “My favourite range, where you’re really getting good value, is between €15 to €20 for a bottle.

“These wines are great because that’s where the winemaker can do a little bit extra and really get the best out of their wine – but it’s still relatively affordable.”

Essentially, if you’re the type of person that buys a couple of €9 bottles of wine a week, you might be better off drinking less and investing in one great €18 bottle at the weekend, and really savour the taste. “A couple of pounds can really make all the difference,” says Lynch.