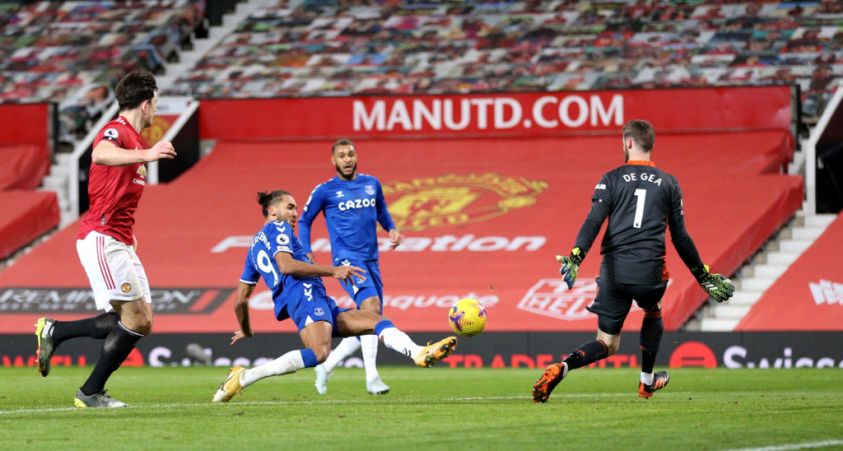 Just days on from the 9-0 annihilation on nine-man Southampton, the Red Devils looked set to celebrate another Old Trafford victory.

Scott McTominay had set Ole Gunnar Solskjaer’s side on course for victory, having recovered from Abdoulaye Doucoure and James Rodriguez cancelling out first-half efforts from Edinson Cavani and Bruno Fernandes.

FT. Taking a point, right at the death! 👏

But United’s soft underbelly from set-pieces was exposed in stoppage time, with Lucas Digne’s free-kick flicked on by Michael Keane and Calvert-Lewin directing home for Everton.

The hosts will be wondering how they conspired to throw away victory here, especially having gone into half-time two goals up thanks to Cavani’s fine header and Fernandes’ moment of magic.

Everton were level within seven minutes of the second half getting under way as Doucoure turned home before Rodriguez rifled home the leveller, only for McTominay to head home Luke Shaw’s free-kick.

Yet in stoppage time, Calvert-Lewin was there to pounce, sealing a memorable point at an empty Old Trafford.