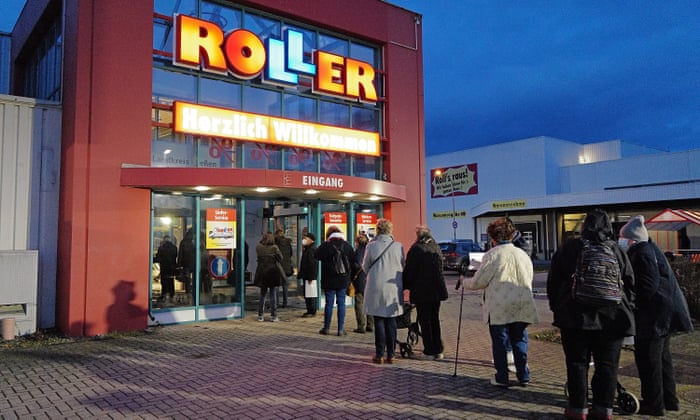 It is the question being asked with increasing urgency around the world, at least in countries where the vaccine is already available: how much freedom to live life as it was before the pandemic should be granted to those who have been vaccinated against Covid-19?

Its impacts range from the speed at which economies can open, to when grandparents and grandchildren can hug again, but it is causing growing unease among decision-makers who warn there is a danger of dividing societies already under huge strain due to pandemic restraints.

Germany’s ethics council, an independent body that advises the government, has recommended that no special conditions be granted to the inoculated. It declared it was “currently unacceptable to lift state restrictions on civil liberties”, arguing not only was there a lack of evidence over whether vaccinated people could still spread the virus, but that introducing special privileges for them might encourage an “elbow mentality” which could lead to unrest. If there was to be a priority, it should go to the vaccinated residents of care homes in recognition of the extraordinary burdens they face.

But private enterprises including restaurants and cinemas could not be prevented from applying their own rules, the council conceded, and last week the German ticket company Eventim said it had already revamped its online booking service to allow for customers to upload proof that they had been vaccinated in anticipation that organisers of events from concerts to sports tournaments will in future require it as a condition of entry.

State-backed schemes are moving ahead more quickly in Scandinavia, where Denmark has announced plans to introduce a digital vaccine passport and Sweden said it would have a digital vaccine passport by summer if international standards were in place. Sweden’s digitalisation minister, Anders Ygeman, said such documentation would have to become the norm if the world was going to get going again.

“When Sweden and countries around us start to open up our societies again, vaccination certificates are likely to be required for travel and possibly for taking part in other activities,” he said.

The UK vaccine minister, Nadhim Zahawi, has said the government does not plan to introduce vaccine passports to enable people to travel abroad, but those who needed proof could get it from their GP.

Israeli officials have hinted at the prospect of a “green passport” to allow vaccinated people to eat in restaurants, go to the theatre and cinema, travel freely and be exempted from quarantine when travelling internationally.

The passport, which would be given to those with two Pfizer shots, has been sold as a way to encourage people to be immunised, but is also viewed as an effort to jump-start the economy. However, as there is uncertainty around whether vaccines reduce transmission, the idea has been met with scepticism.

Fear over the more transmissible virus variants has delayed a decision and legal issues are causing authorities a headache. A proposal to only allow vaccinated teachers to restart work has face pushback from those who argue it is an illegally coercive measure.

In the US, President Joe Biden asked government agencies to investigate the feasibility of producing digital versions of vaccine certificates in one of his first executive orders. Greece’s prime minister, Kyriakos Mitsotakis, has proposed the EU push ahead with a common vaccination certificate that could help create a “fast travel lane”.

A universal document, probably digital, providing official proof that someone has been vaccinated against, or tested for, coronavirus may become a reality within months – as much a part of life as going out of the house with a face mask.

Major sporting events this year, such as Euro 2021, – to be hosted by 12 cities across Europe, including Rome, London and Glasgow – and the Olympics in Japan, are under pressure over the issue, not least because of the European Union’s problem with vaccine supply. Events may be in jeopardy if organisers insist only the inoculated can attend, but that could be the future for sport.

The president of the Italian football federation, Gabriele Gravina, has met scientific officials to discuss the partial reopening of stadiums to supporters who have received the full two rounds of vaccination. The strategy, according to the leading Italian sports daily La Gazzetta dello Sport, is to pave the way for the opening of Stadio Olimpico in Rome for major matches.

Germany’s ethics council has meanwhile ruled out allowing top sportsmen and women to jump the vaccination queue before the Olympics.

In China, where an ambitious vaccination programme aims to immunise 50 million people by the middle of February, authorities have reportedly been working on a plan to integrate vaccine records with the country’s ubiquitous health apps, which might allow travellers to bypass quarantine when journeying between cities and regions. High levels of fear over the virus’s resurgence have reportedly caused the plans to be put on hold.

Taiwan feels similarly cautious about vaccines replacing quarantine, which has allowed it to limit its cases to 924 with nine deaths. The mainland affairs council said in December anyone returning to Taiwan would still be required to go into 14 days’ quarantine whether they had been vaccinated or not.

The prospect of vaccine passports as well as cash payments have been raised in Hong Kong, in an attempt to encourage as many people to get immunised as possible when its vaccine programme begins in March. Just 46% of people surveyed by Hong Kong University last month said they would be willing to be vaccinated, due both to distrust of the government and fear of side-effects.

In Brazil, 10 of 11 supreme court judges ruled in December that vaccination could be made indirectly obligatory by allowing schools, public transport, shopping centres and restaurants to demand proof of inoculation. The far-right president, Jair Bolsonaro, had said he would refuse a vaccine and defended the rights of others to do the same. “We’re fighting a pandemic – a pandemic that kills people,” Alexandre de Moraes, one of the judges, declared.

In France, which has high levels of vaccine hesitancy, several critics have said vaccination passports could be viewed as a backdoor way to making inoculation mandatory and the prime minister, Jean Castex, has since said legal challenges could consequently arise. “It would be surprising to make a vaccination certificate compulsory,” he said.

France’s European affairs minister, Clément Beaune, has objected to the idea on grounds of equality, since vaccines have not yet been offered to all. “We are very reluctant,” he said. “It would be shocking, while the campaign is still just starting across Europe, for there to be more important rights for some than for others.”