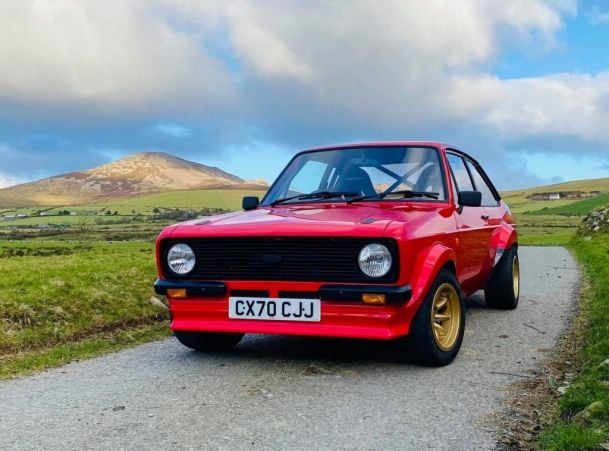 There has been something of a trend in the past few years of car makers and independents re-creating and re-imagining past classics for modern profits. Independent Singer takes 1980s Porsche 911s and rebuilds them as glorious never-were sixties-style cars. Land Rover and Jaguar both build classic models — Series 1 Land Rover and Range Rover, and the E-Type — as modern models, and will charge you accordingly. Aston Martin went so far as to build recreations of the original 1964 ‘Goldfinger’ DB5, complete with functioning special effects parts.

You’ll notice that all of these are living in a rarefied atmosphere. The most affordable of them is Land Rover’s Series 1 Reborn, which starts at £90,000 (€101,680) – before you ever contemplate tax on importation to Ireland – and heads upwards from there. The Astons and Singers start with seven-figure prices and that’s before you’ve even thought of options or bespoke fittings.

The original MkI and MkII Escorts (the MkII was really just a heavy facelift of the MkI) were made between 1968 and 1980, and while you could have a pedestrian 1.1-litre L model with one wing mirror, the Escort became synonymous with the rally stages of the world. Bedecked in cigarette packet logos, and with a blaring Cosworth BDA engine under the bonnet, the flared-arch MkII Escort in particular became an enduring rally legend, and they can still be competitive in national rallying today. The Escort is so iconic that the late, great Colin McRae commissioned one to be built, bespoke, for him just to drive for fun around some forest that he owned.

The Escort is so iconic that the late, great Colin McRae commissioned one to be built, bespoke, for him just to drive for fun around some forest that he owned

Well, now’s your chance to buy a built-as-new classic Escort. MST Cars Ltd, based in Wales, has been building replacement bodyshells for MkI and MkII Escorts for years, and is now taking the obvious next step by turning those shells into hand-built, fully-functional cars, either for rallying or driving on the road.

The MST Escorts are  based on the Group 4 rally versions (so you get the classic boxy wheelarches and wide-tracked stance) and have a choice of engines. The ‘Fast Road’ version comes with a modern Ford Duratec 2.5-litre four-cylinder unit, suitably tuned to 200hp, but you can upgrade to a rebuilt BDG rally engine with around 230hp or a mighty Millington Diamond 2.5-litre unit with 300hp, maybe a little more if you’re feeling suitably daring (those last two are more for the serious rally brigade, though).

Suspension is by hefty Bilstein dampers at the front and rear, but the classic rear axle layout is left well alone, so that this new Escort will drive just as easily slidey-sideways as the original. The Fast Road Escort comes with a five-speed manual gearbox, although there are six-speed and sequential options too. The cabin can either be stripped-out for rallying, or luxed-up for road driving — your choice. Almost needless to say, chunky spotlamps are optional and there’s even the possibility of having yours with  the later ‘slant-nose’ RS2000 look.

If you fancy something that looks a little more classical (or you liked the one in the Fast And Furious films) then you can have all of the above spec, but in a MkI Escort shape.

Prices? Well, they’ll start from around £69,000 (€77,950) before you start ladling on the options, which is not cheap, but still more affordable than most of the other recreations around. Plus, you’d have a car that can go toe-to-toe with Ferraris in terms of motor sports heritage, if not quite straight-line performance.

And now to talk tax (it’s best if you are sitting down for this). AS it’s a new-build, and on a new plate, it will not qualify as vintage and with a 2.5 Zetec engine you’re looking at the top end of CO2, so the maximum VRT bracket. And then import duty and VAT on top. 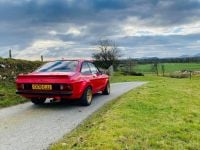