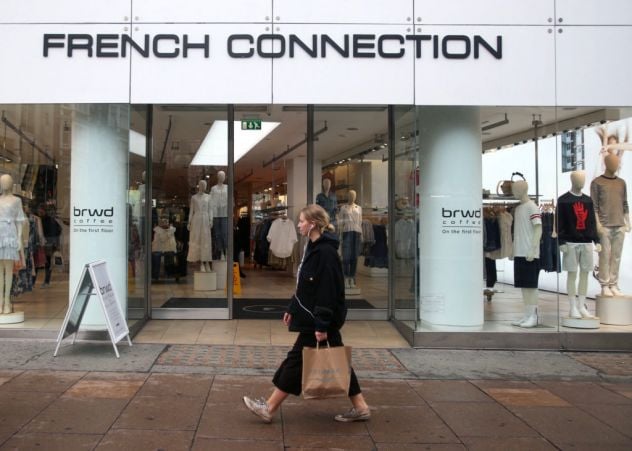 French Connection has been targeted with two takeover approaches from investment specialists looking at snapping up the troubled retailer.

The fashion brand told investors it has received early proposals over deals after its shares surged by about 40 per cent on Thursday amid market speculation.

The company, which is valued at just over £15 million (€17.1 million), said it received one approach from retail investor Spotlight Brands, with backing from restructuring and investment firm Gordon Brothers.

It said that discussions with both Spotlight and Go Global “remain at a very early stage”.

“Accordingly, there can be no certainty that an offer will be made, nor as to the terms on which any offer might be made,” the retailer said in a statement.

The fashion brand was founded by Stephen Marks in 1972 but has seen sales impacted by the turmoil on the high street in recent years, with the coronavirus pandemic adding to its woes.

In December, French Connection said it had seen “encouraging” sales after some stores were able to reopen, before the latest national lockdown came into force in January.

The takeover approaches come more than a year after French Connection called off plans to find a buyer following a year-long search.

A sale could also secure a payout for Mike Ashley, whose Frasers Group retail business owns an almost-25 per cent stake in French Connection.