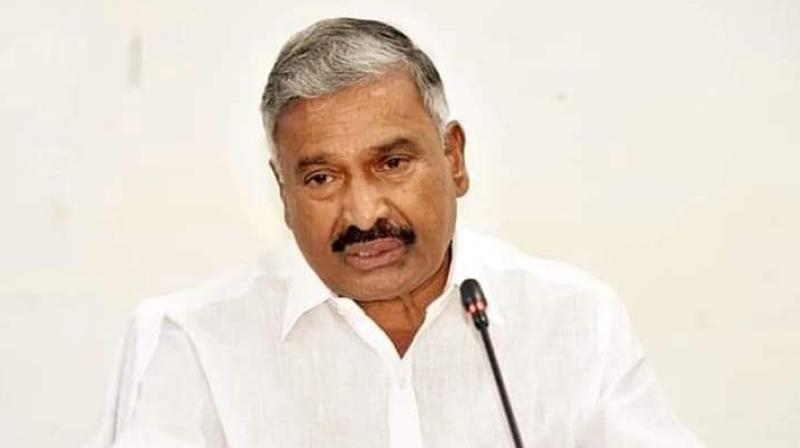 VIJAYAWADA: In an unprecedented move, the State Election Commission has directed the AP Director-General of Police to confine minister for panchayat raj and rural development Peddireddy Ramachandra Reddy to his house till the completion of gram panchayat elections on February 21.

The prohibits the minister from having access to the media in order to prevent him from “making inciting utterances” that could adversely impact the poll process and also the law and order situation in Chittoor district.

The SEC took serious note of the minister’s recent warning to collectors and returning officers, urging them to disobey instructions from State Election Commissioner N. Ramesh Kumar and to blacklist them if they followed Kumar’s instructions especially with regard to prevention of forced unanimous elections.

The minister had allegedly said that the SEC would be in power till March 31 while the YSRC government tenure would continue beyond it, and asked the returning officers to declare all unanimous elections. The minister was quoted as saying that the SEC was trying to gain an MP or MLC nomination from the Telugu Desam.

The SEC said that the intention for issuing such an order was to carry out the mandate given to the Election Commission to hold free and fair elections and to insulate collectors and returning officers from fear psychosis following the minister’s threats. The SEC’s order will come into effect immediately.

The SEC said that the minister’s utterances were a serious breach of rule of law and unconstitutional. It said that the threats transgressed election laws and abuse of office for wrongful ends.

The SEC justified its action on the minister by saying that his exhortation in favour of forced unanimous elections was nothing but a veiled threat administered to disincentive the citizens to participate in the election process as contestants and voters. However, it said that the restrictions imposed on the minister would not prevent him to access his medical aid and other exigencies and also to dispose of his official papers and matters.