The magnitude 5.2 struck 31 miles southeast of Yilan in Taiwan. The epicentre was out at sea. Many residents in the capital Taipei felt the earthquake.

One resident tweeted: “Think I just experienced my first Taiwan earthquake today at 1 am local time.

Another resident of Taipei tweeted: “Are you in Taipei?

“I felt it too it was a strong one” 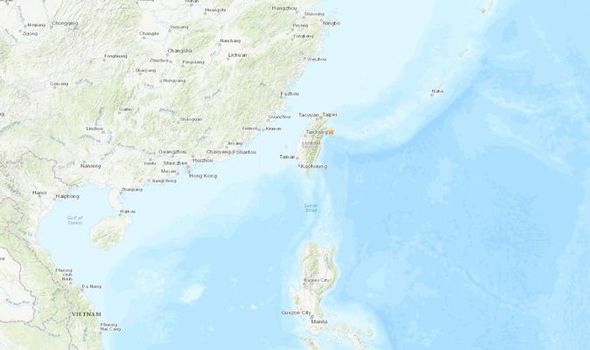 On Twitter another person from Taiwan said: “I felt that earthquake just before 1 am today.

“It was longer than the one on Saturday morning.

“Didn’t get alerts though compared to the 12 from the other day!

“Easily 5.5plus, haven’t felt so many in such close proximity and seriously considering emergency kits.” 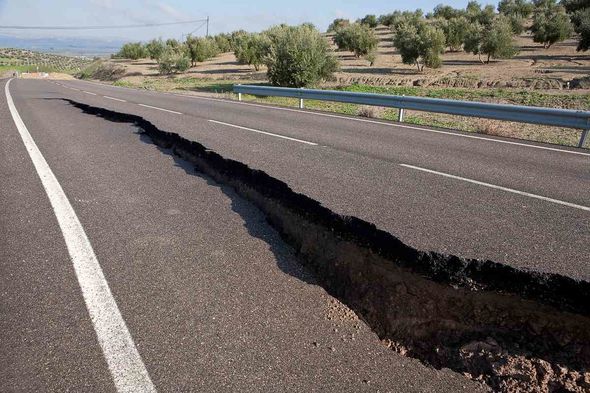 The quake sent shockwaves across Taiwan.

The epicenter of the earthquake was close to the same epicentre of today’s quake.

Its epicentre was out at sea, east of Yilan County.

Taiwan uses an intensity scale of one to seven that gauges the degree to which a quake is felt at a specific location.

Many Taiwan residents received emergency text messages on their phones.

These messages told them that an earthquake had occurred at 1:36 am and to “beware of probable shaking”.