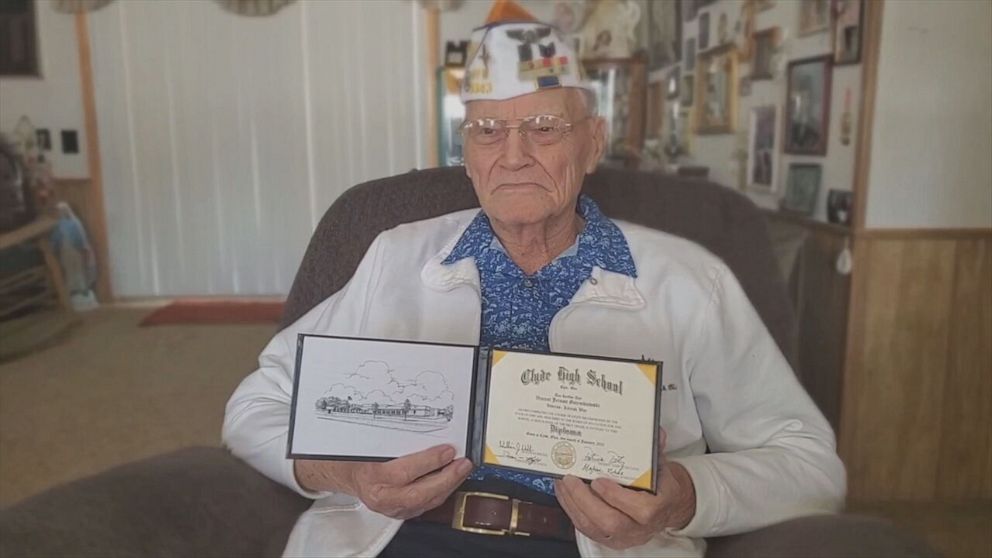 After he served his country, one veteran was given a special gift nearly 70 years after he enlisted.

Vince Golembiowski from Clyde, Ohio, finally got his high school diploma after his family decided to call the school board and fulfill their grandfather’s wish.

“It’s something he’s talked about his entire life,” his granddaughter, Krista Hernandez, told ABC News. “I heard my grandpa say, ‘Don’t ever give up.’ And I think that that is just amazing. It’s very inspiring, very touching and we love him very much.”

The 88-year-old was just 17 when he enlisted in the Air Force and went to fight in the Korean War. At the time, he was a senior at Clyde High School and a few months shy of graduating.

When Golembiowski returned from the war, he’d tell his children, grandchildren and great-grandchildren that he wished he had a high school diploma.

The moment finally came on Jan. 4 and the emotional surprise was caught on camera in a video shared on Facebook. He said he was honored.

“It was a very emotional time for me for an 88-year-old man to accomplish his high school diploma,” he told “World News Tonight.” “It’s gotta be a miracle. If I can do it, anybody can do it.”

His great-granddaughter Madison Hernandez said it was a moment she will never forget.

“It was a great privilege to actually be able to see my great-grandpa graduate,” she said. “And I know not a lot of people get to see that, so it was pretty awesome.”