Facebook Twitter LinkedIn Tumblr Pinterest Reddit VKontakte Odnoklassniki Pocket
Hello, dear guests.
So we met, again, at the hospitable Samodelkin .
Today I want to tell you how to build a very simple aircraft model, which is essentially a universal model which does not require a special runway and can take off from any surface.
The author gave the name of this aircraft model – “Swan”.
Unfortunately, the author of the model, so that it could be repeated by other model aircraft designers, did not provide any drawings. But using frames from the video clip, you can make a semblance of drawings yourself and using the dimensions of the previous Swift model shown by me, start creating a new model. You can use some drawings from the aircraft model “Strizh2 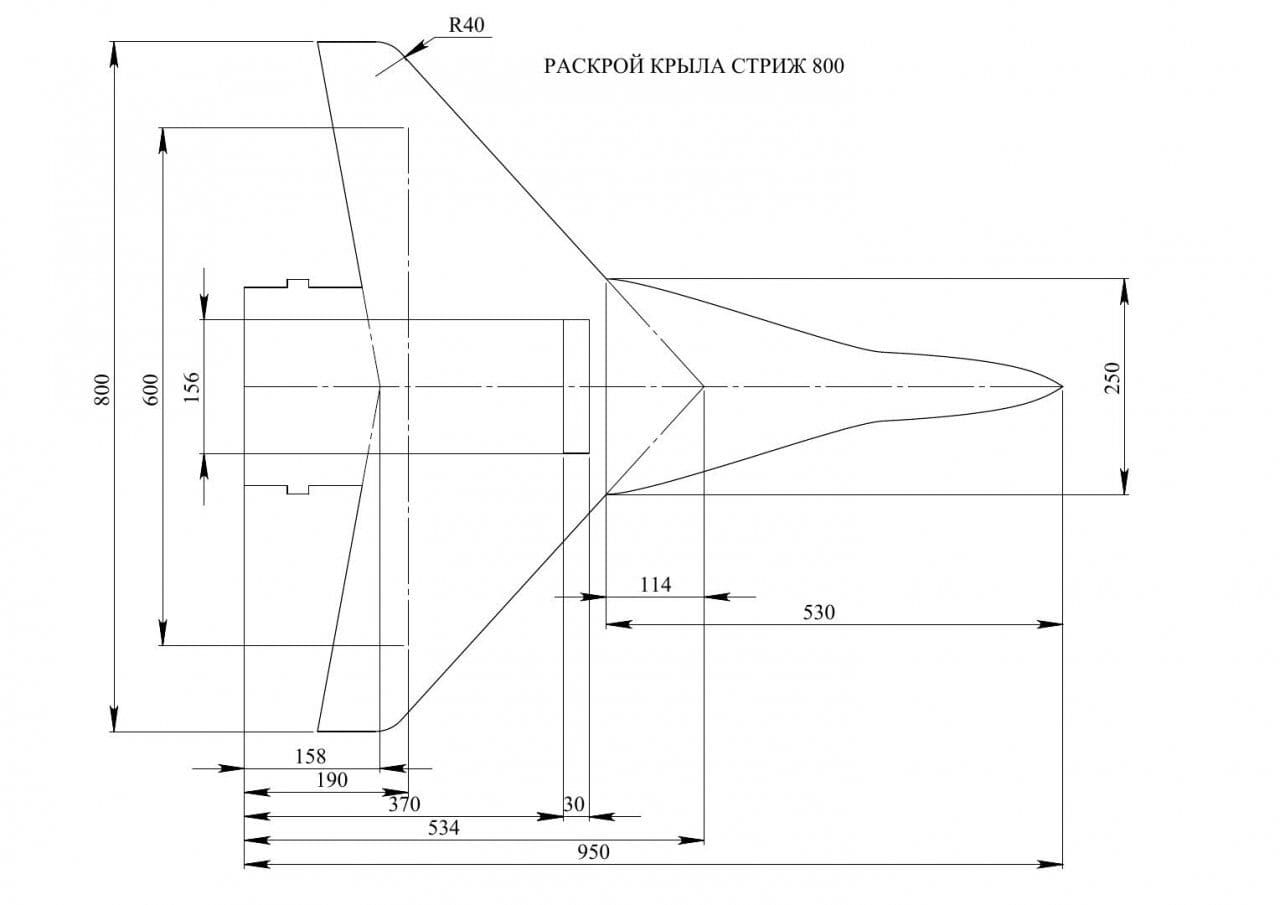 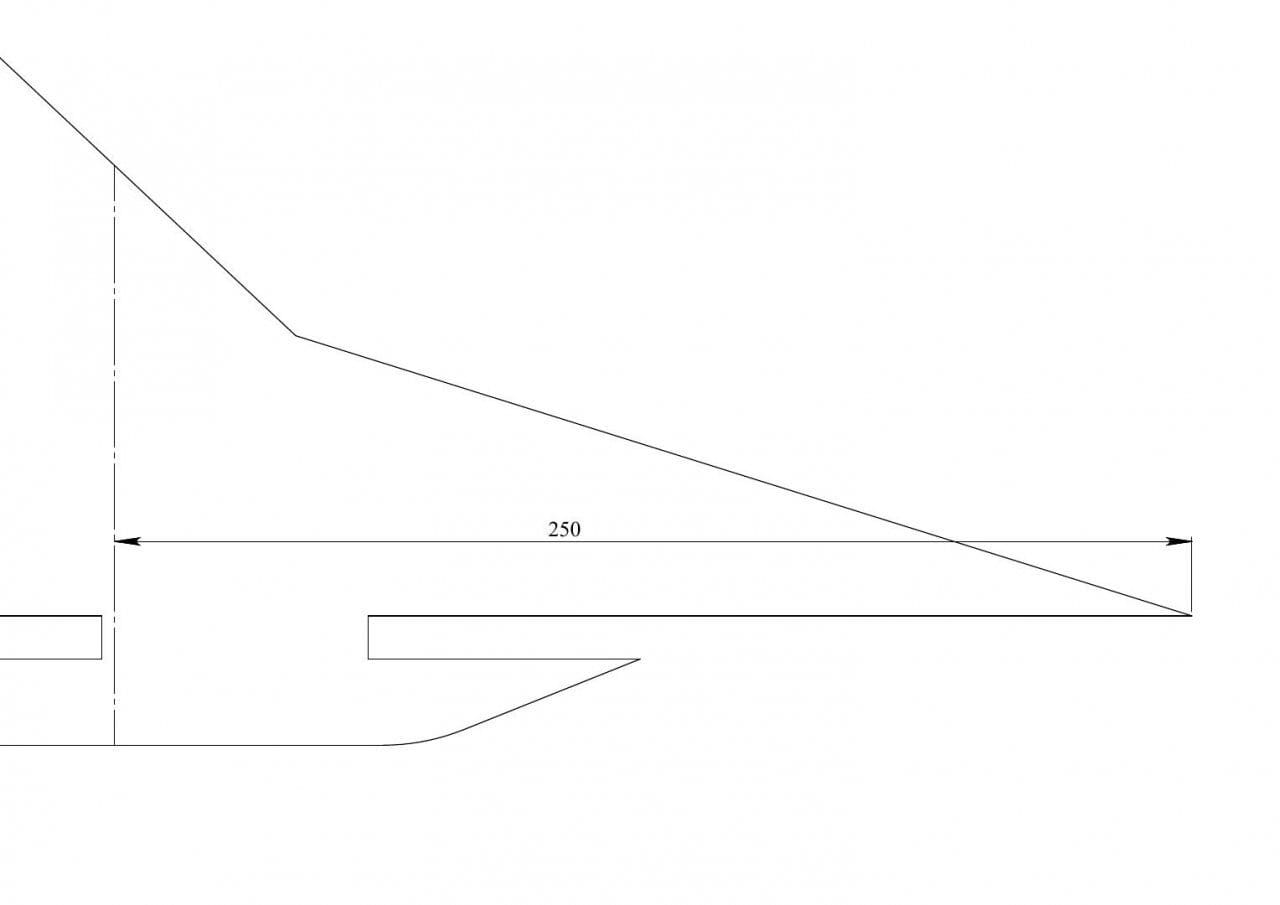 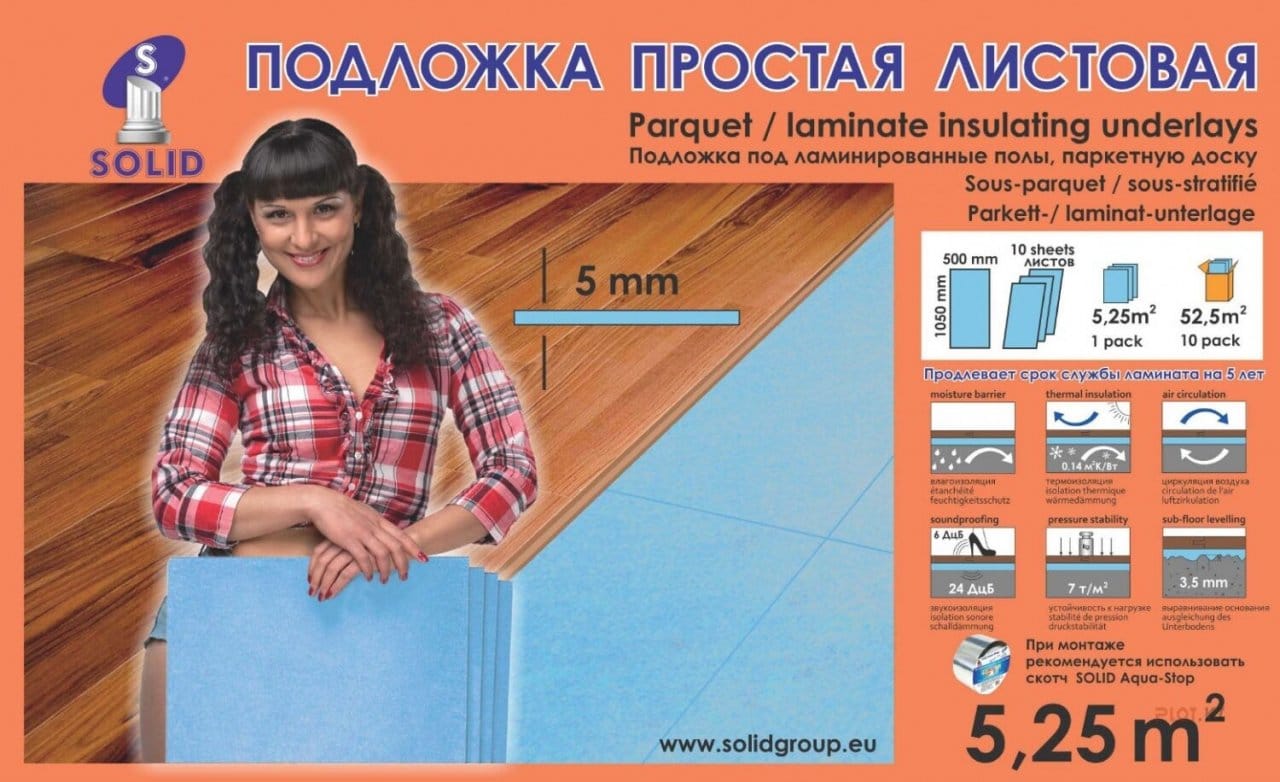 But I think that you can use smooth ceiling tiles.
< img class = "aligncenter" alt = "Creation of a universal aircraft model" Swan "from a substrate under a laminate" src = "https://usamodelkina.ru/uploads/posts/2021-02/1612629959_271696.jpeg"/> Any adhesive can be used that is suitable for bonding foam. I recommend the KIN universal moisture resistant glue. it's not that smelly! 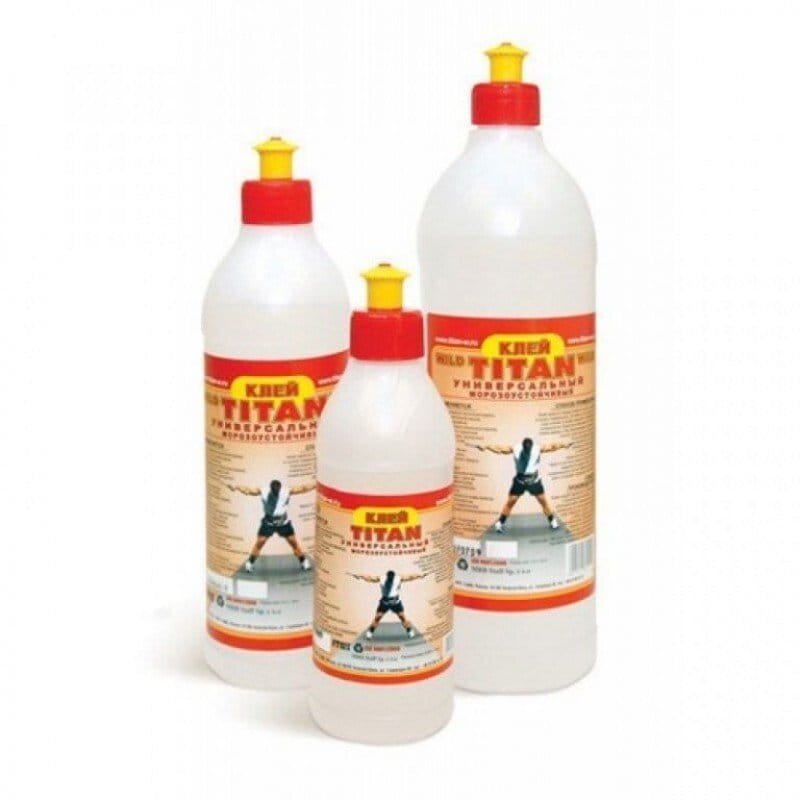 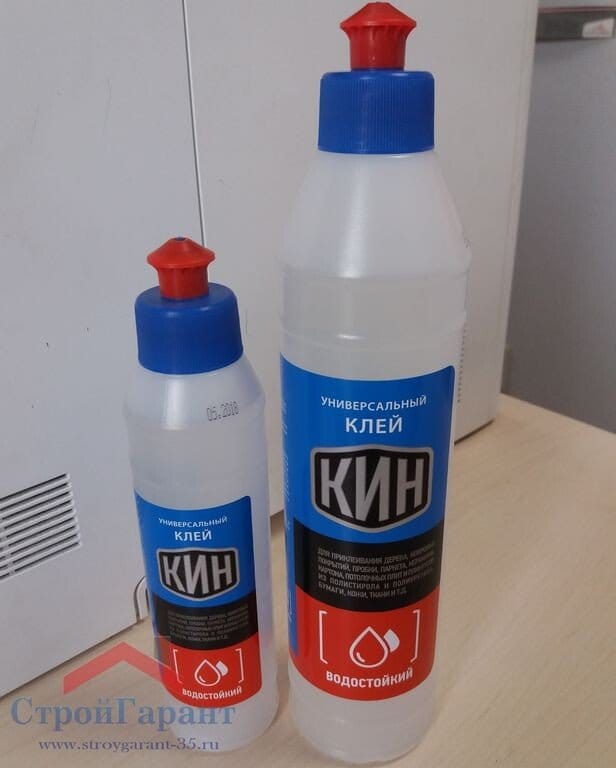 We start, as is customary, with the manufacture of a bearing plane, a wing. 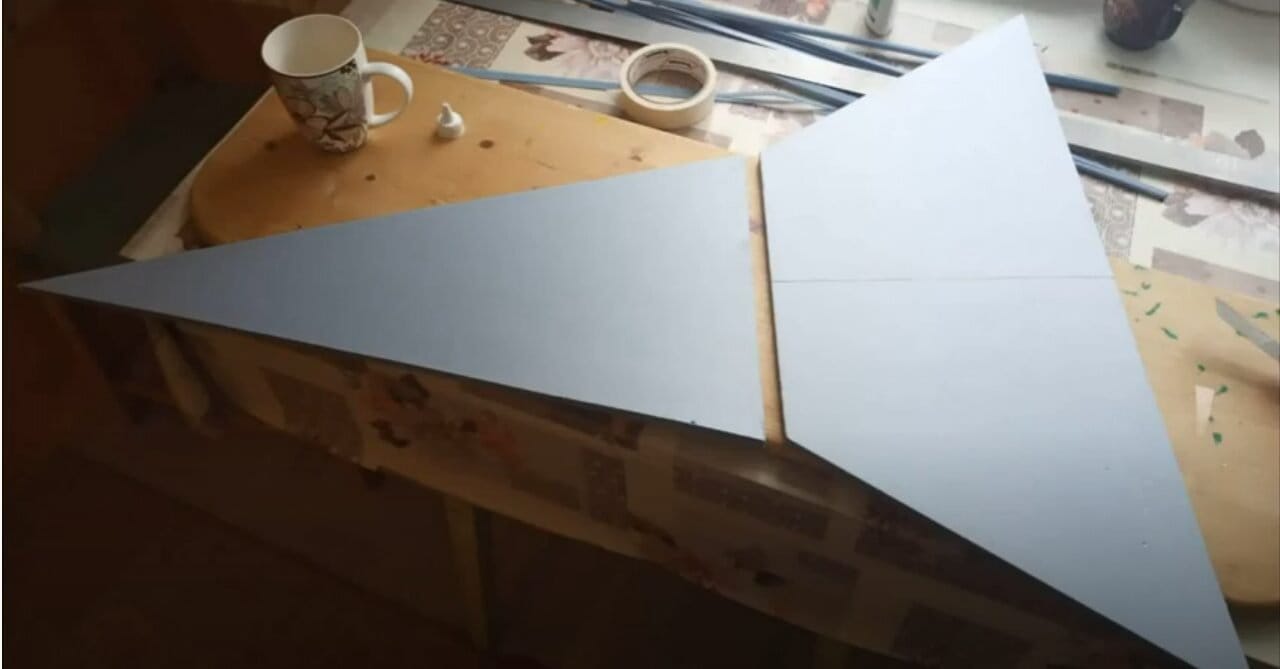 We make the wing in two parts, gluing the parts end-to-end and fixing it with paper, masking tape until the glue is completely dry. Try not to overexpose the masking tape, otherwise it will be very difficult to remove later. 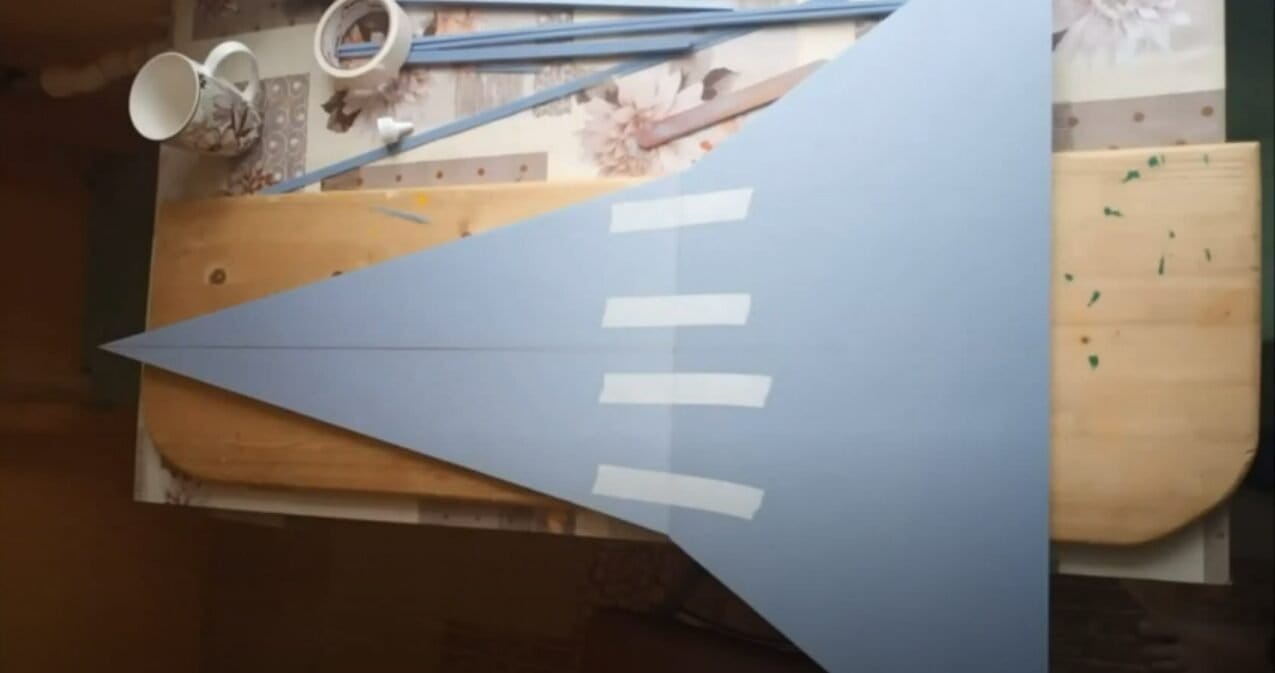 I want to note that all the details of the aircraft model are made from two layers of the substrate.
Along the entire length of the trailing edge of the wing bearing plane, we glue a wooden lath with a section of 5 x 10 mm.
This lath creates the strength of the wing and is a good basis for hanging elevons. 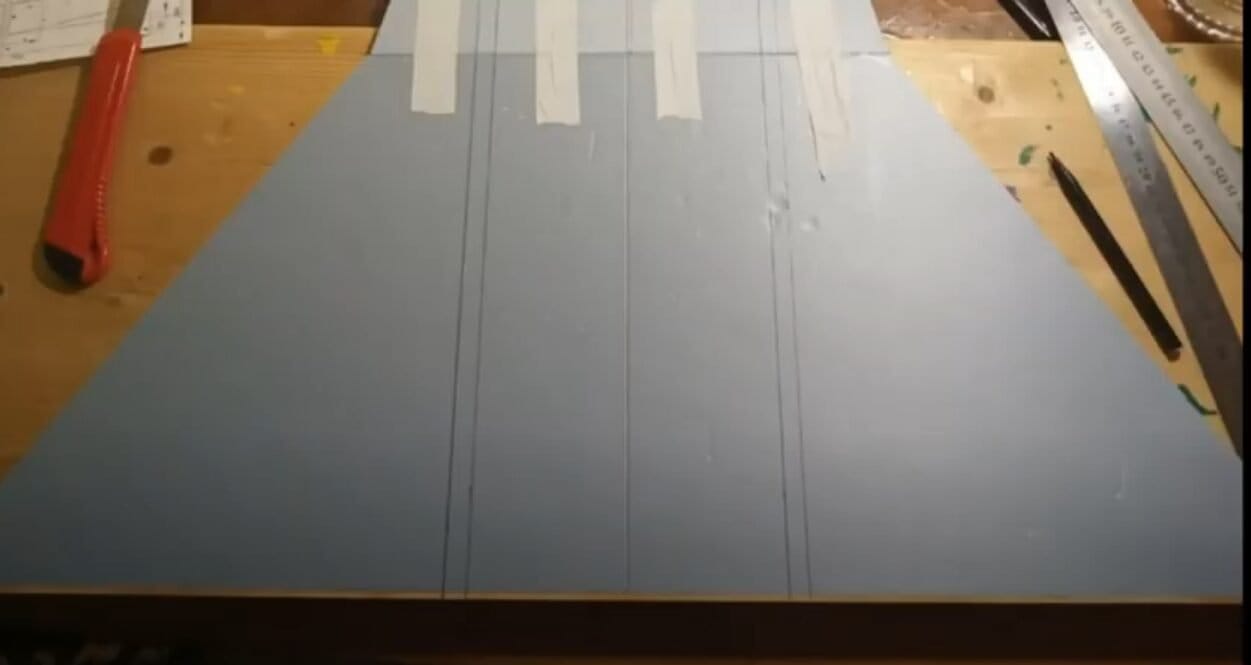 Mark and cut a hole for the propeller. 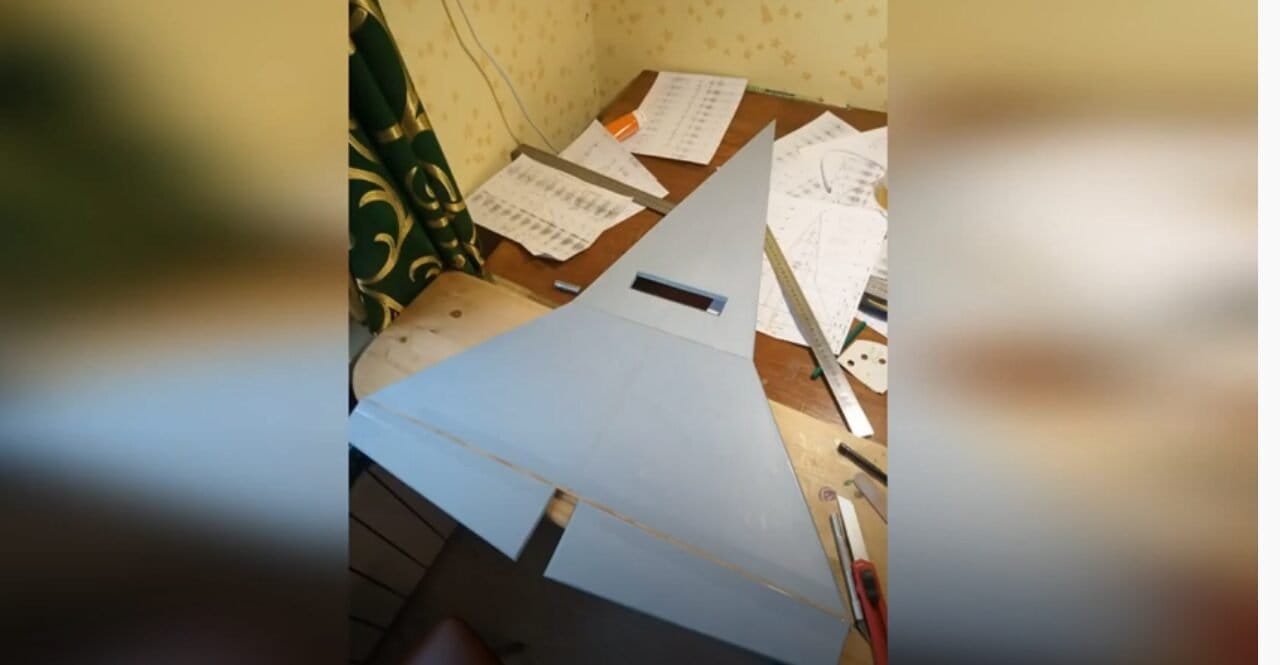 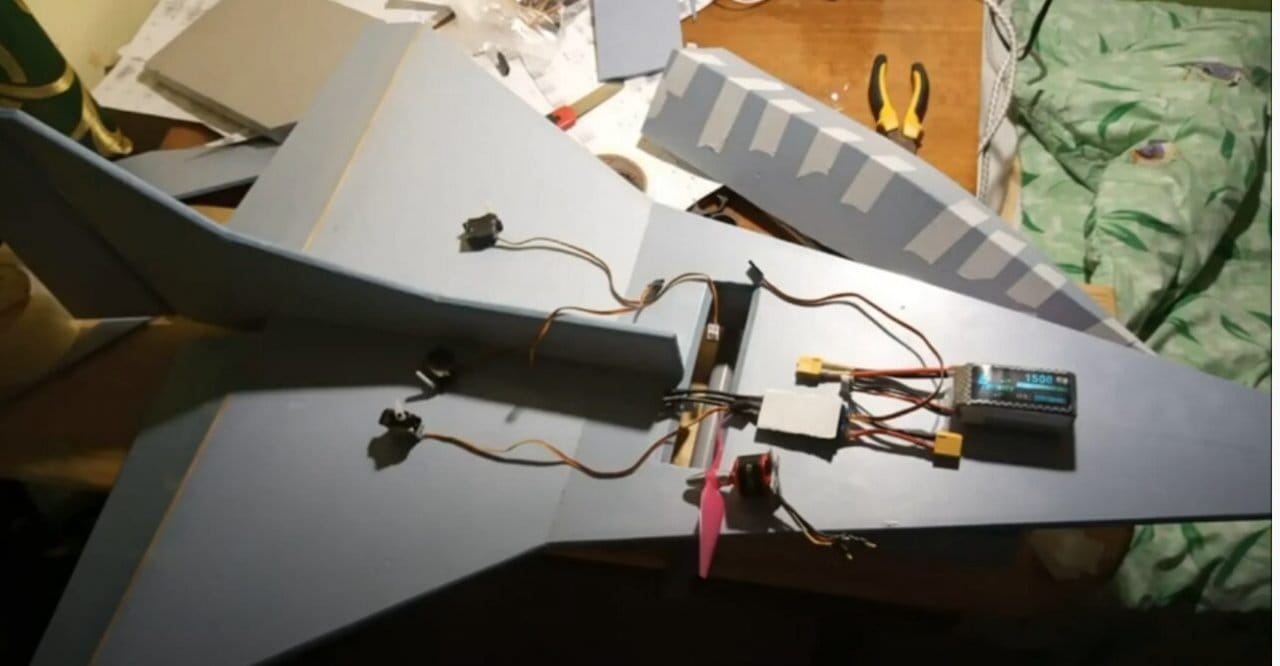 We make blanks for the keel and rudder, try on and adjust. On the lower edge of the keel we glue a wooden lath with a section of 10 x 5 mm.
After mounting the keel, we mark up the electronics and hang the elevons.
Mount the vertical stand, glue a piece of 3 mm plywood on it and we fix a motor with a screw on it.
Cut out blanks for the outer skin of the fuselage, glue them together and fix tape until the glue cures. 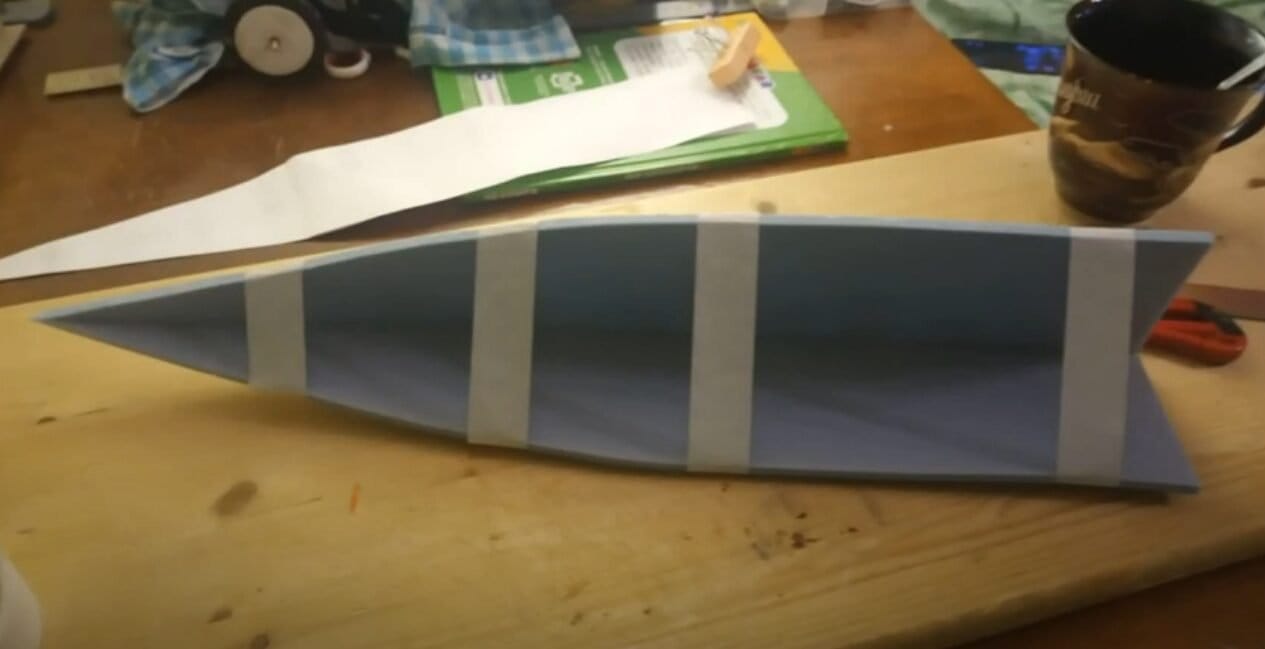 Before installing the fuselage skin in its place, we glue the pieces of the substrate along the fuselage contour.
Mount the trim in place and cut a hatch in access to electronics and battery replacement.
We mark the places for the servos, glue them in, glue the hogs in and set the rods. 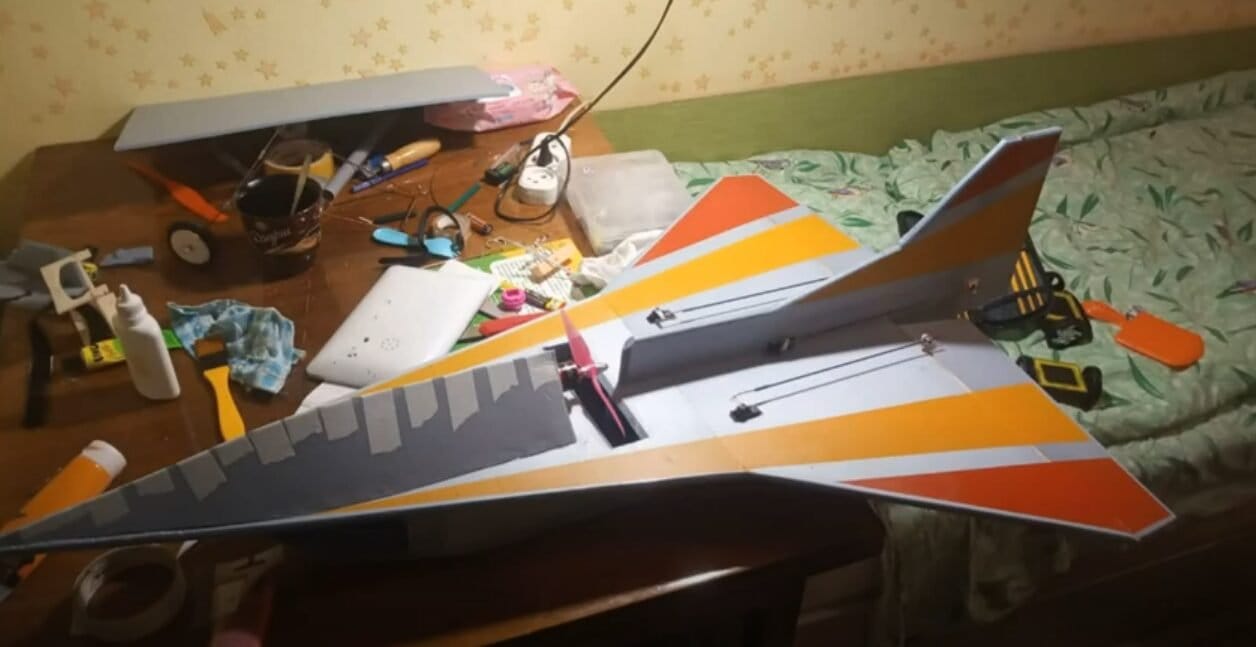 At the same time, you can start local wrapping the model with colored tape.
The decorative design depends only on your capabilities and taste.
Next the stage in the work on assembling the model is the mounting of the air intakes. 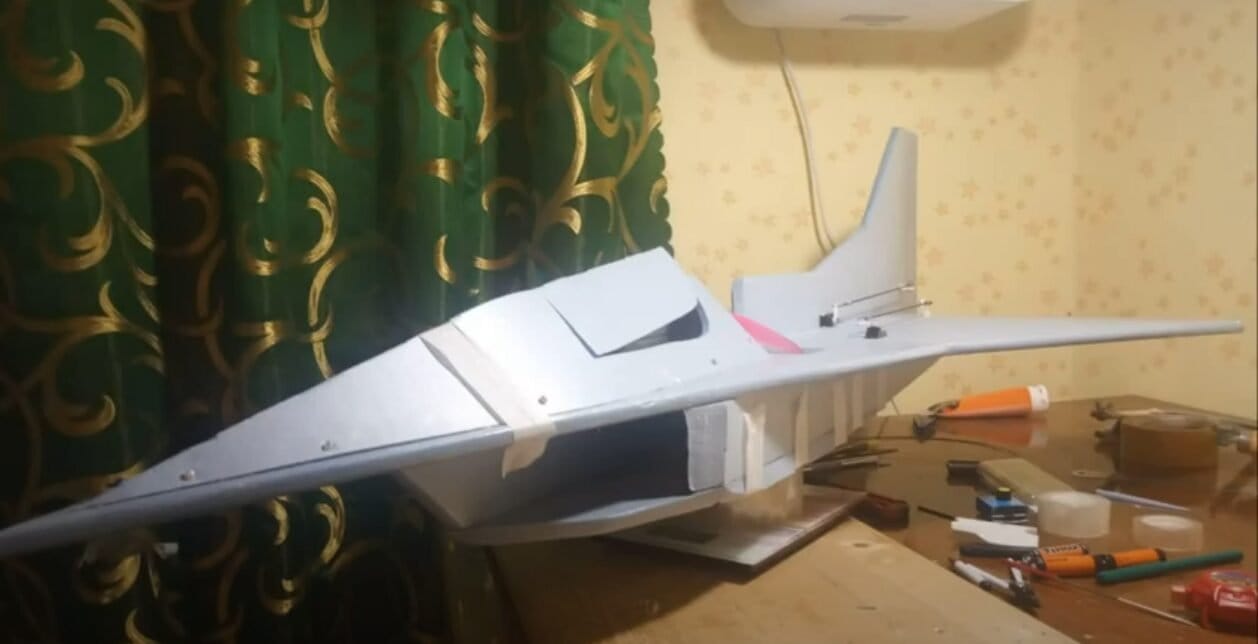 Side and central walls are being made. 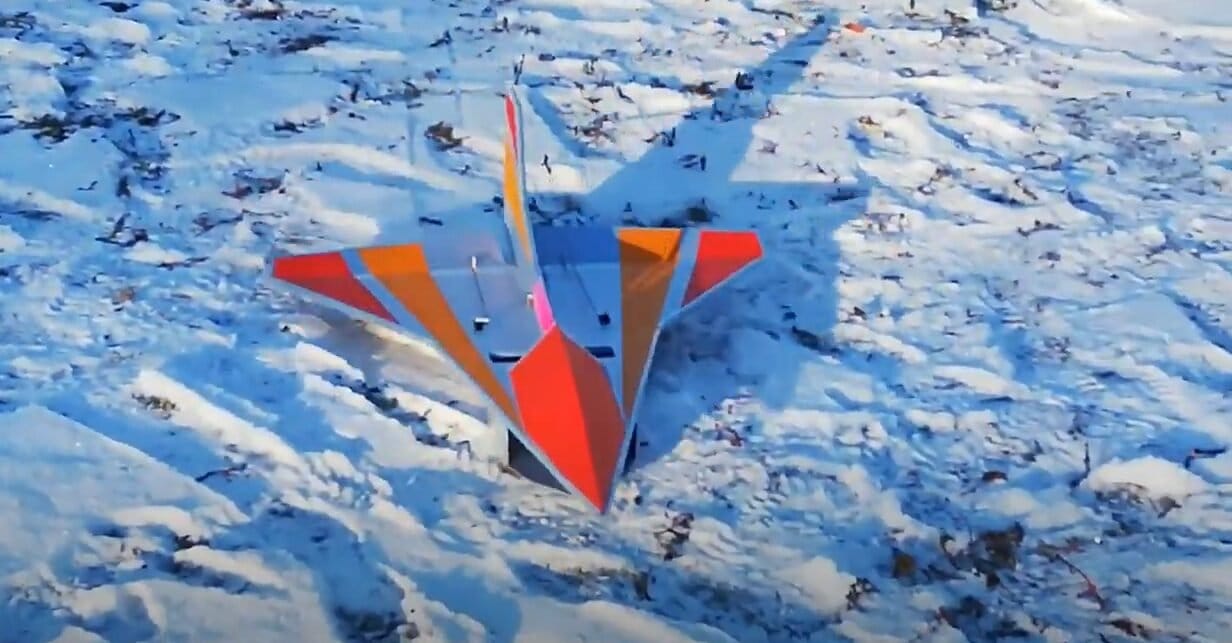 Paste in. When installing, check that they are installed vertically.
Making blanks for the float. The float is glued together from three layers of backing. 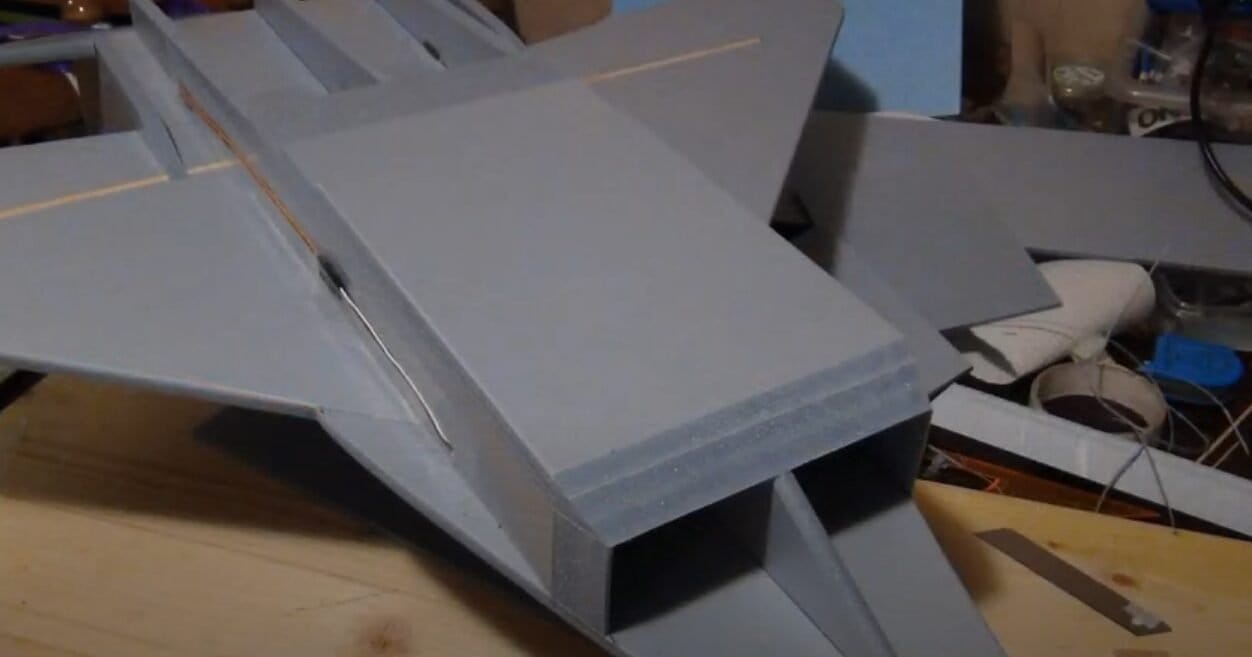 Final assembly of the duct. 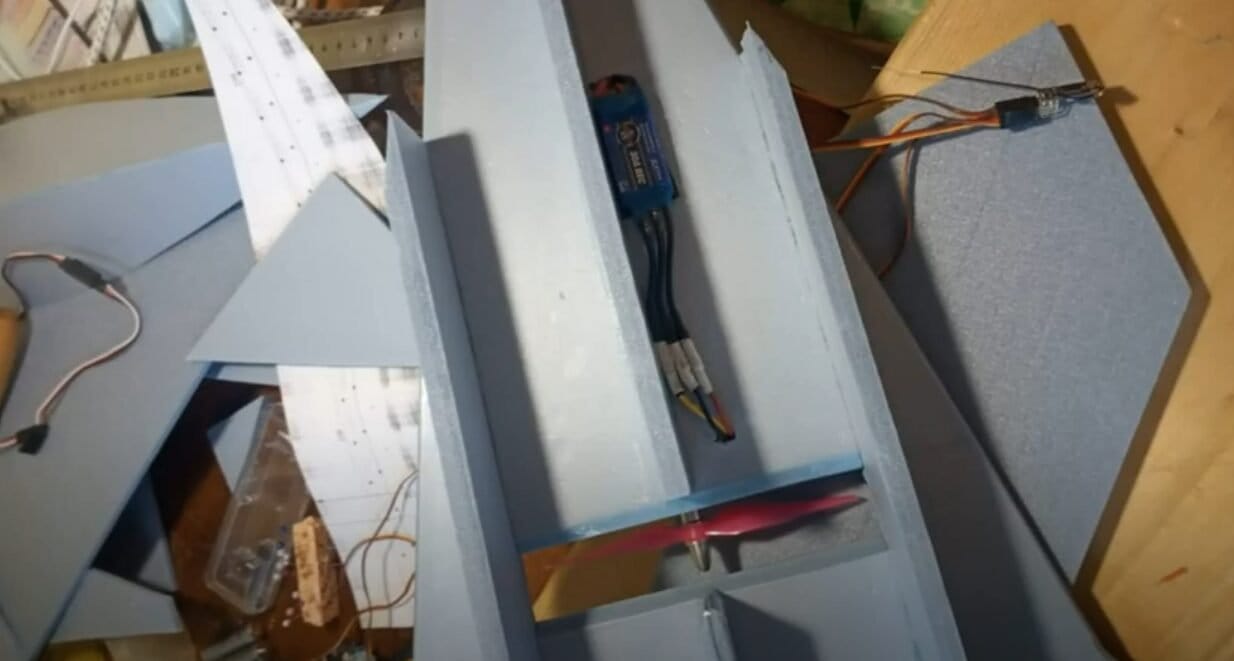 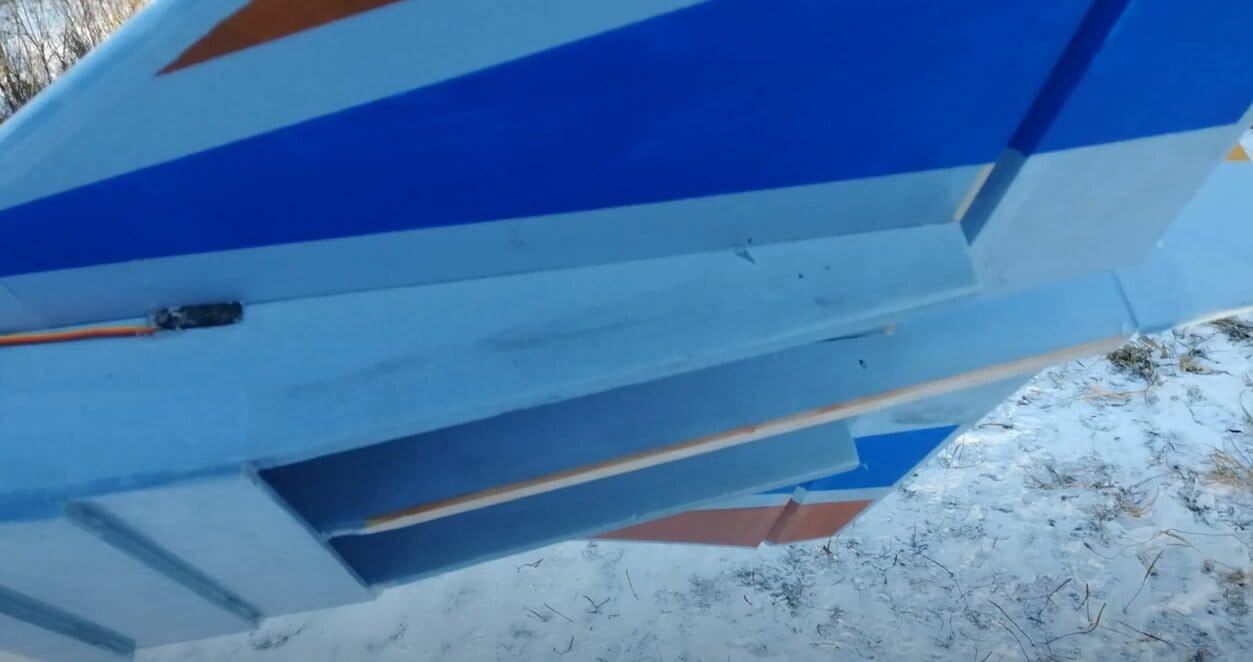 The model is ready for testing.
At the end of my story, as usual, a short video clip about the creation of this model and its flight.
Dear friends, I personally liked this the model that I began to create it, together with two other models according to the drawings of the Swift model. One is the size of the author, the other is 1.5 times larger.
As soon as Finishing work, I'll tell you about it. Film Goodbye, your Valerian.
Source: