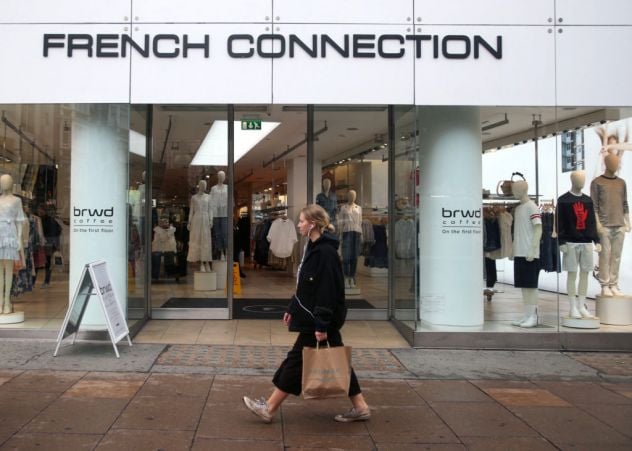 Mike Ashley-led Frasers Group has sold its almost 25 per cent stake in French Connection after the troubled fashion brand was targeted by potential buyers.

On Friday, French Connection told investors that it had received two approaches from investment groups looking to complete a takeover.

Shares soared higher on the back of the update, rising by around 65 per cent by Friday afternoon.

In a new filing on Monday morning, French Connection revealed that Frasers – which had been the second-largest shareholder in the business – has now sold its entire 24.93 per cent stake.

Frasers, under its previous title of Sports Direct International, bought the stake in 2017 as part of a growth plan which has seen it since buy stakes in brands including Hugo Boss.

It has now sold its holding of 96,612,934 shares, although the move sent French Connection shares higher once again.

Investors will be hopeful that the confirmed takeover interest could result in a bidding war for the high street retailer.

French Connection, which was valued at around £28 million (€31.8 million) on Monday morning, received one approach from retail investor Spotlight Brands, with backing from restructuring and investment firm Gordon Brothers.

The fashion brand was founded by Stephen Marks in 1972 but has seen sales impacted by the turmoil on the high street in recent years, with the coronavirus pandemic adding to its woes.

In December, French Connection said it had seen “encouraging” sales after some stores were able to reopen, before the latest national lockdown came into force in January.