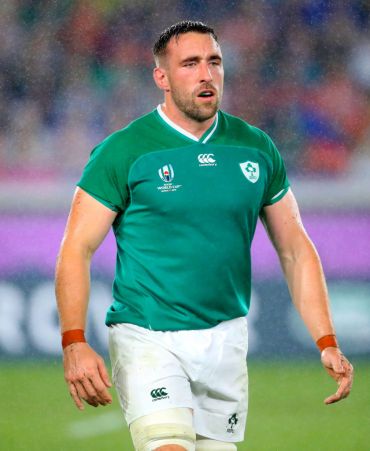 Back-row forward Jack Conan has not played for Ireland since victory over Scotland at the 2019 World Cup, © PA Archive/PA Images

Leinster forward Jack Conan has been added to Ireland’s Guinness Six Nations squad ahead of Sunday’s clash with France, the Irish Rugby Football Union has announced.

The 28-year-old, who has earned 17 Test caps but not played since the 2019 World Cup, strengthens Andy Farrell’s back-row options after Peter O’Mahony was sent off in Sunday’s loss to Wales.

Flanker O’Mahony was dismissed for a reckless shoulder-led hit to the head of Wales prop Tomas Francis and will discover his fate at a disciplinary hearing on Tuesday afternoon.

Uncapped Munster back row Gavin Coombes has been released from Farrell’s squad to return to training with his province.

Prop Ed Byrne, who provided additional front-row cover for the trip to Cardiff, has remained with the national team, as has his uncapped Leinster team-mate Ryan Baird.

Ireland captain Johnny Sexton and lock James Ryan will go through return to play protocols after suffering head knocks during the 21-16 loss at the Principality Stadium.