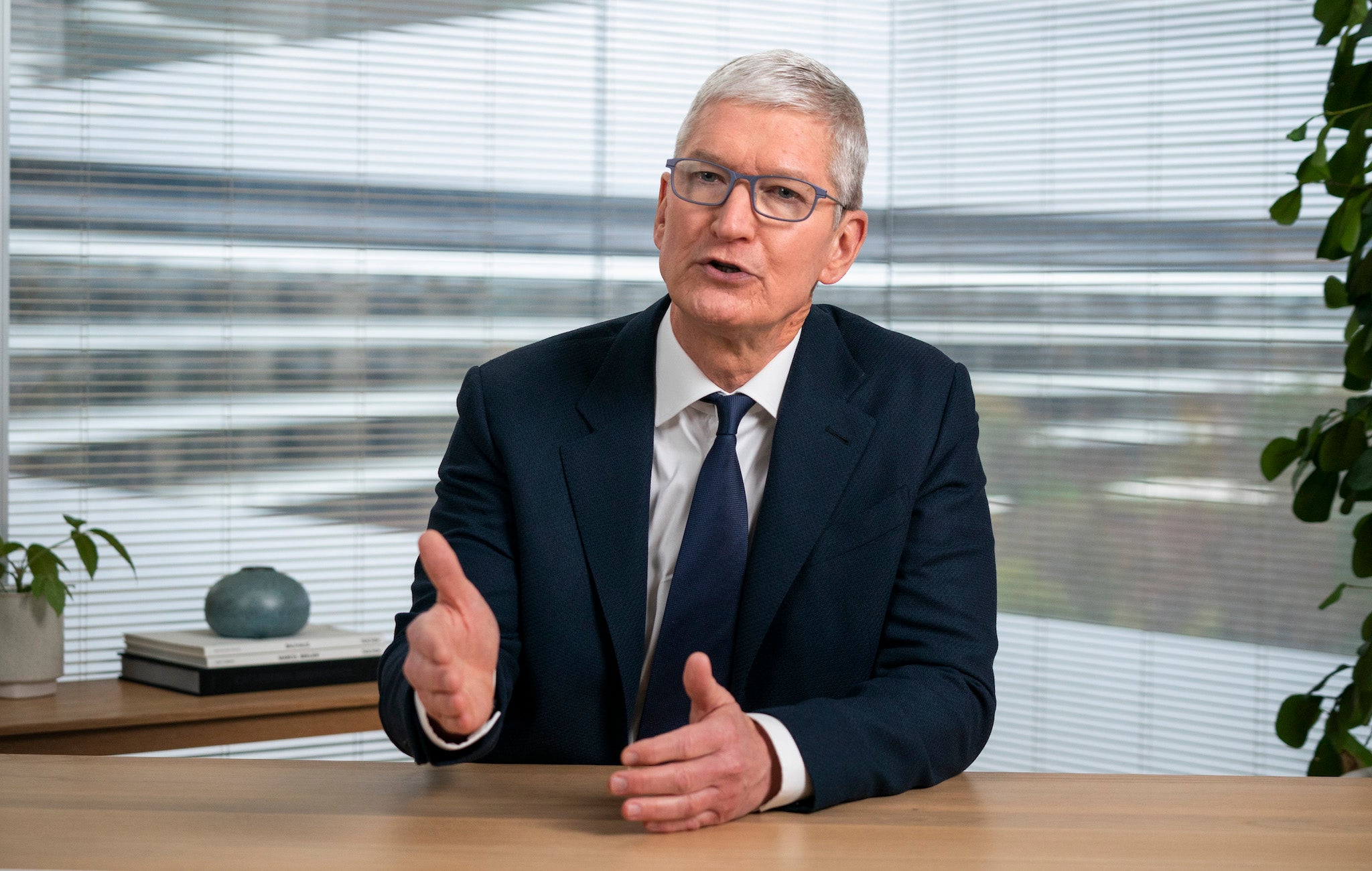 Apple chief executive Tim Cook has criticised other companies for misleading customers and abusing data, as his firm and Facebook continue to feud.

While Mr Cook made no explicit reference to Facebook, his remarks come amid growing and public animosity between the two companies over their differing approaches to user data and privacy.

And he made a number of comments that appeared to be referencing the social network as well as other companies, including remarks related to disinformation, growing divisions and extremism.

“At a moment of rampant disinformation and conspiracy theories juiced by algorithms, we can no longer turn a blind eye to a theory of technology that says all engagement is good engagement — the longer the better — and all with the goal of collecting as much data as possible,” he said in a speech to mark Data Protection Day.

He also made specific reference to two new Apple features intended at encouraging privacy: the “nutrition labels” that are required of apps and list the ways they collect and use data, and the App Tracking Transparency or ATT feature that will allow users to opt out of having their data tracked as they move between apps.

Both of those new developments have been attacked by Facebook companies. ATT has provoked particular scorn from Facebook, which argues that the tool is being introduced with other motives.

Chief executive Mark Zuckerberg explicit attacked the decision in Facebook’s earning call on Wednesday, which showed soaring earnings but included a warning that changes in 2021 including Apple’s new features could cause issues.

Mr Zuckerberg said that Apple is becoming one of Facebook’s “biggest competitors” in part because it offers its own iMessage platform that offers similar features to WhatsApp and Facebook Messenger. As such, Apple “has every incentive” to use its power over the platform against other apps, Mr Zuckerberg claimed.

“Apple may say that they are doing this to help people, but the moves clearly track their competitive interests,” he said.

Mr Cook did not make reference to Facebook’s response to the new feature, or Mr Zuckerberg’s recent remarks. But he said that “the debate over ATT is a microcosm of a debate we have been having for a long time — one where our point of view is very clear”.

“Technology does not need vast troves of personal data, stitched together across dozens of websites and apps, in order to succeed. Advertising existed and thrived for decades without it. And we’re here today because the path of least resistance is rarely the path of wisdom,” he said.If a business is built on misleading users, on data exploitation, on choices that are no choices at all, then it does not deserve our praise. It deserves reform.”

Mr Cook’s remarks were also aimed more broadly than just privacy. He argued that “an interconnected ecosystem of companies and data brokers, of purveyors of fake news and peddlers of division, of trackers and hucksters just looking to make a quick buck, is more present in our lives than it has ever been” and that it was degrading “ our fundamental right to privacy first, and our social fabric by consequence”.