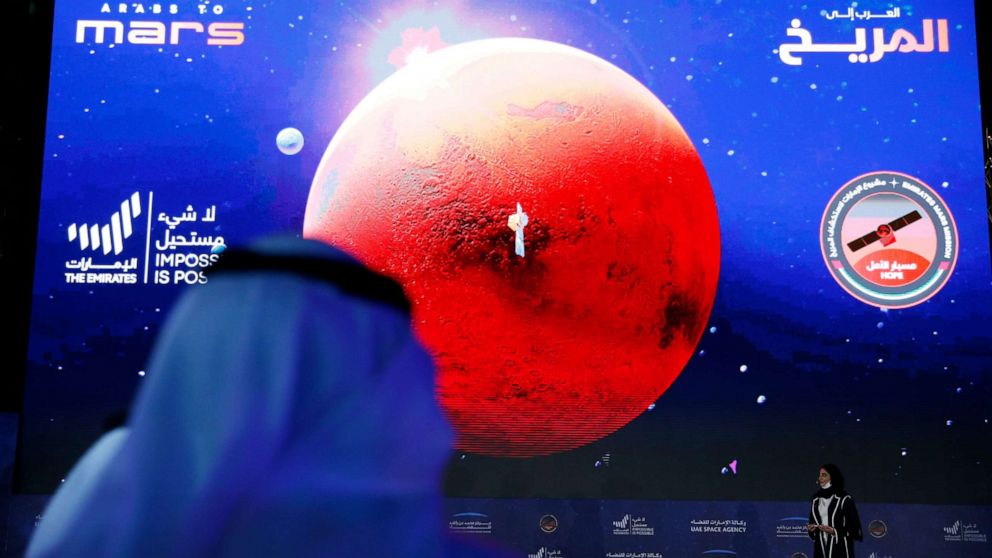 China’s Tianwen-1 mission is not far behind, expected to enter Mars’ orbit on Wednesday. The U.S., meanwhile, is set to land NASA’s Perseverance rover on Mars next week.

All three nations launched their separate Mars missions within days of each other this past summer, initiating an international deep space race to explore Earth’s neighboring planet.

While China and the U.S. are planning to land on Mars itself, the UAE mission is just an orbiter that will study the Martian atmosphere and climate. Its first set of data is set to be released in September and made available to the global scientific community.

Hessa Al Matroushi, the science lead for the mission, said in a statement that Hope’s orbital path around Mars “offers an unprecedented local and seasonal time coverage of the Martian atmosphere.”

The UAE erupted with pride as it became only the fifth nation to successfully reach Mars’ orbit on Tuesday. Major public monuments and landmarks in the Arab nation were illuminated with red lights over the past few days in honor of the mission.

“As a young nation, it is a particular point of pride that we are now in a position to make a tangible contribution to humanity’s understanding of Mars,” Sarah bint Yousef Al Amiri, UAE’s minister of state for advanced sciences and chair of the UAE Space Agency, said in a statement. “This also marks an important point for the Emirates to continue the drive to diversity its economy utilizing science and technology.”