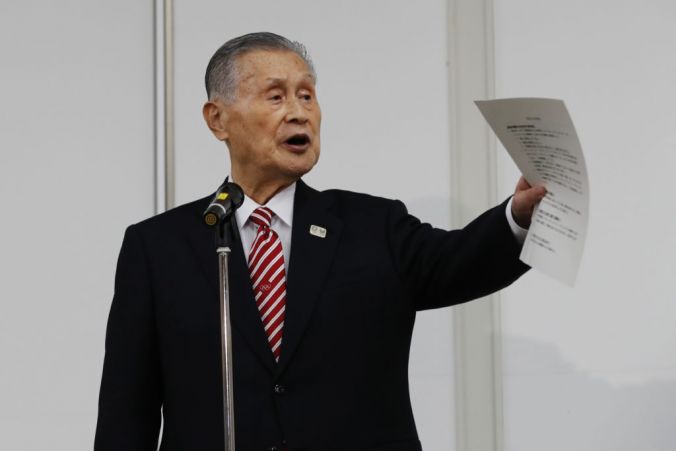 Tokyo Olympics chief Yoshiro Mori is under fire for comments he made about women, © AP/Press Association Images

Yoshiro Mori’s comments about women were “inappropriate”, the International Olympics Committee has said, but it has not called for the Tokyo 2020 organising committee president to stand down.

Mori, 83, apologised last week for saying women talked too much and that meetings with female board directors took a lot of time.

His position at the head of the Olympic and Paralympic Games organising committee has been under scrutiny since, but the IOC noted his apology and appears keen to move on.

“The recent comments of Tokyo 2020 President Mori were absolutely inappropriate and in contradiction to the IOC’s commitments and the reforms of its Olympic Agenda 2020. He apologised and later made a number of subsequent comments,” an IOC statement read.

IOC Statement on gender equality in the Olympic Movement https://t.co/4gHCVoxbUZ

“Besides Mr Mori’s apology, the Tokyo 2020 organising committee (OCOG) also considers his comment to be inappropriate and has reaffirmed its commitment to gender equality.

“As the leader of the Olympic Movement, we are committed to our mission to encourage and support the promotion of women in sport at all levels and in all structures, as stated in the Olympic Charter.”

The Tokyo Games are set to go ahead this summer despite continued uncertainty around how it can be safely staged amid the coronavirus pandemic which forced the event to be postponed by 12 months.

The IOC is publishing ‘playbooks’ on how the Games will differ aimed at the various groups set to be involved.