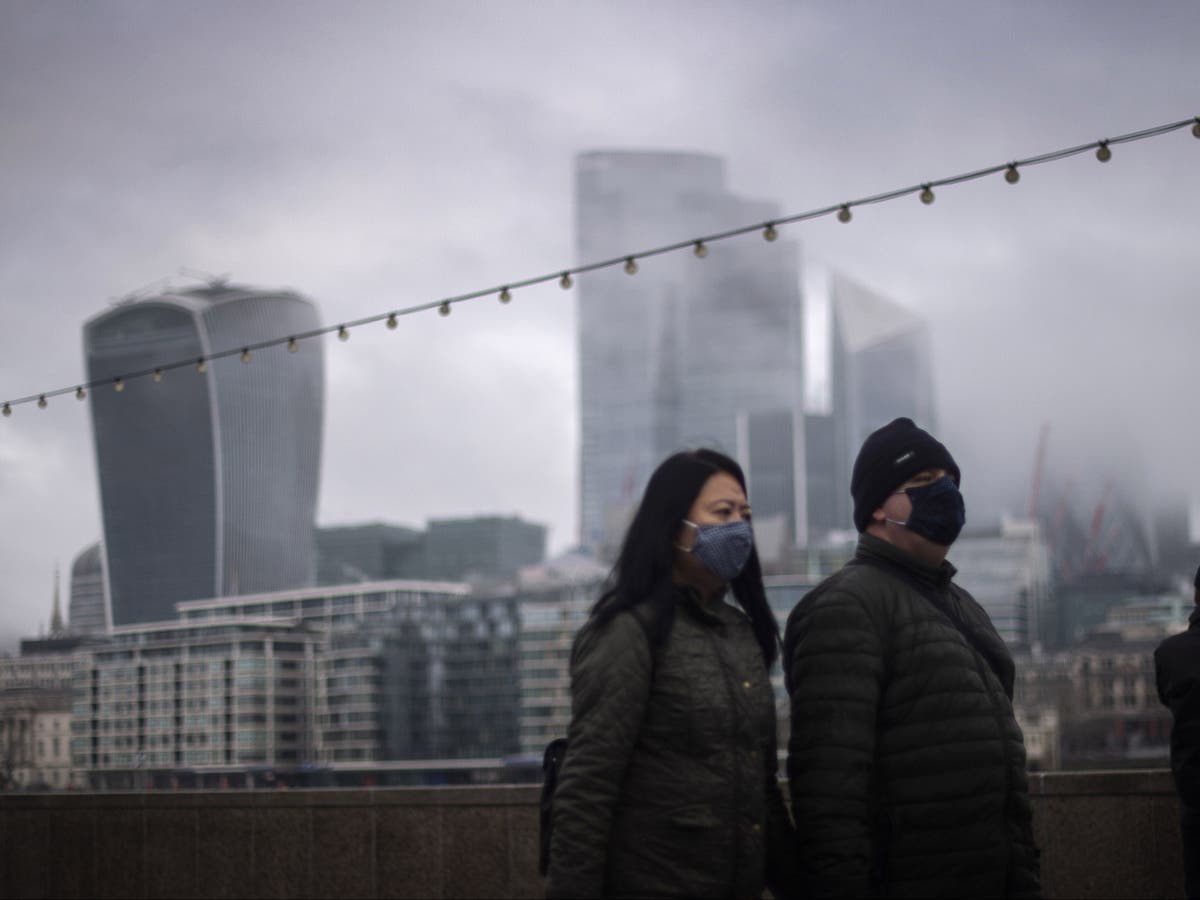 Up to 9 million jobs are under threat because nearly 600,000 UK firms are at risk of collapse if the government does not extend its support measures, a think tank has warned.

One in three businesses have less than three months of cash reserves – considered the danger point for firms – in the four months to the end of January, research by the Institute for Public Policy Research (IPPR) revealed.

This has risen from a quarter of firms, with small companies and those in the badly hit hospitality sector suffering the most as the third national lockdown in England wreaks havoc with the economy.

The IPPR said small businesses are at greatest risk, with four in 10 dangerously low on cash.

Half of all firms in hospitality, food and other services are in the same position, as are 40 per cent of those in the arts, entertainment and recreation sector.

Ahead of next month’s Budget, the IPPR is calling for “rapid action” to extend support schemes such as furlough until the economy is fully open again to avoid a cliff-edge when they come to an end in March and April.

It called on the government to look at cash injections in return for taxpayer stakes in struggling but viable firms.

This could ultimately be held within a Citizens’ Wealth Fund and provide a long-term return on the investment, according to the report by the IPPR’s Centre for Economic Justice.

Carsten Jung, the IPPR’s senior economist, said: “This is a moment of great peril for more than half a million UK employers as their cash reserves run perilously low and their businesses hang on by a thread.

“More firms are already at risk than at any time during the pandemic began, and in the worst hit industries such as hospitality and the arts, at least two in five employers are in the cash danger zone.”

He added: “In just a few weeks, UK businesses face a dangerous precipice when the many kinds of government support that have kept them going for a year are suddenly taken away.

“For the sake of the economic recovery, businesses should be given a boost.

“The time for action to save our economy is now.”

Existing business support schemes are currently due to end in late March and April, including loan guarantees, the business rates holiday and furlough support.

Most companies will soon be expected to begin repaying government-backed loans made during the pandemic, and to start paying backdated VAT bills for the past year.

As well as extending these, the IPPR also wants the chancellor, Rishi Sunak, to consider offering grant support beyond firms obliged by law to close, so that struggling businesses that supply them are also assisted.

The Foundation said Mr Sunak should consider giving banks an incentive to address problems faced by some firms, by transferring 20 per cent of the liability of the Bounce Back Loan scheme to the issuing banks, in exchange for a fee.

Jack Leslie, economist at the Resolution Foundation, said Mr Sunak “needs to look beyond the pandemic, and ensure that some firms’ higher debt levels don’t reinforce Britain’s poor investment record that was holding back growth long before the current crisis began”.