A witness at the scene described the collision as “like something out of a disaster movie”.

They said: “I am not going to retweet video or photos of the North Freeway calamity in Fort Worth.

“It is the single worst chain-reaction car and truck crash I have seen here, like something out of a disaster movie.

“My prayers to all involved.” 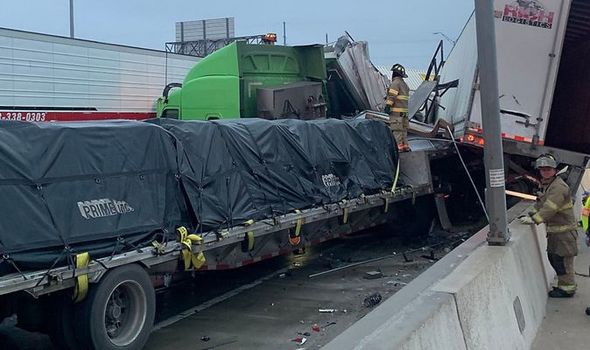 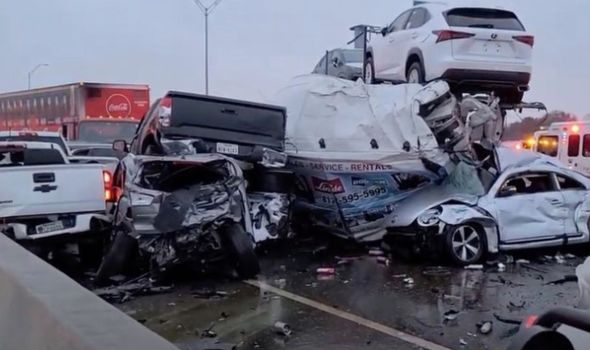 The Fort Worth Police Department also said it has closed northbound lanes of another major motorway.

As a result, traffic delays are expected in both directions.

Mike Drivdahl with the Fort Worth Fire Department said in a live phone interview on NBC 5 that firefighters are going car-to-car, looking for people in need of medical care. 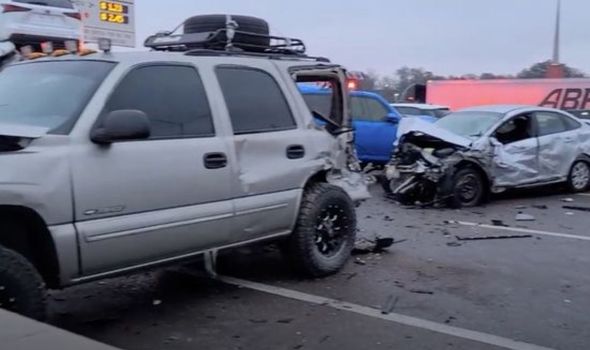 He said: “If you don’t have to get out, please don’t get out.

“We have a lot of emergency crews doing a lot of work. The last thing we need is people who don’t need to be out getting into any type of accidents.”

A local reporter at the scene said “at least one” car was tipped on its side.

He said: “We’ve made it up to this major accident on 35W NB in Fort Worth. 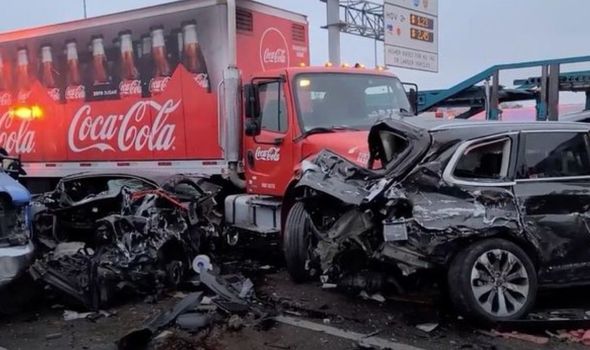 “We can see at least one semi partial tipped on its side. Other cars very banged up.

“Trying to get a clearer view on the full extent of this. 35 shutdown at 28th.”

Mr Drivdahl said crews were using “anything they can” to deal with the pile-up in treacherous conditions.

Their desperate methods even included using salt and cat litter to melt the ice, he said.