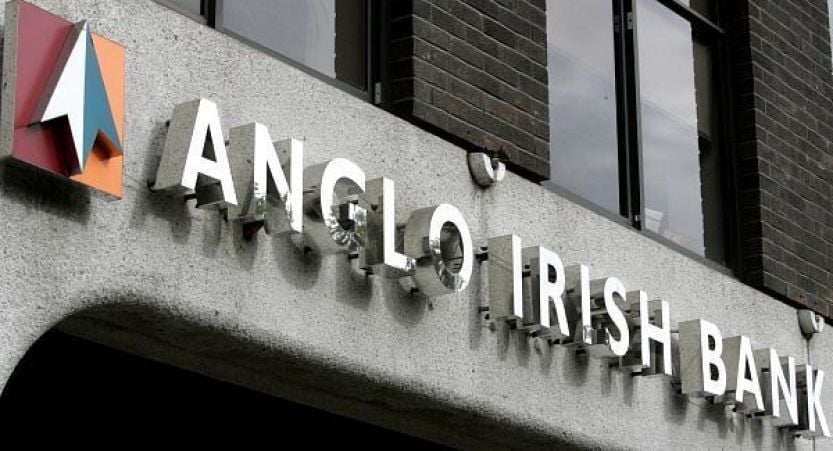 Mr Browne told his counsel John Rogers he had met Seán Quinn on a number of occasions but did not know him that well.

Former Anglo Irish Bank director Tom Browne told the High Court he was made a scapegoat for the activities of the collapsed bank after performing loans he had with it began to be called in.

Mr Browne also said at the last board meeting he was at before he retired from Anglo in 2007, there were only rumours about the involvement of then-billionaire Seán Quinn in the bank but “no detailed discussion”. The court heard Mr Quinn, who was later declared bankrupt, had an effective 28 per cent holding in the bank.

Mr Browne also said the first time he knew there had been a late 2007 meeting between certain non-executive Anglo directors and Mr Quinn about his holding was in 2010. That was when he read it in the book by Simon Carswell entitled Anglo Republic: Inside the Bank that Broke Ireland.

Mr Browne was at one time simultaneously held the positions of head of wealth management, head of lending and head of group human resources in Anglo.

Talk about the Quinn involvement started surfacing in early 2007, he said. But by the time he attended his last board meeting, in September, it was still just speculation, he said.

Mr Browne has begun giving evidence in an action against him for recovery of some €30 million in loans he got from Anglo. Special liquidators appointed to its successor, the Irish Bank Resolution Corporation (IBRC), are seeking judgment because of his default on those loans.

He has counterclaimed saying the loans were void by reason of fraudulent misrepresentation through silence by Anglo about the involvement of the Quinn Group in the ownership of the bank. IBRC denies this and disputes his claim he was not aware of the Quinn position when he was leaving Anglo in 2007.

Mr Browne told his counsel John Rogers he had met Mr Quinn on a number of occasions but did not know him that well. Mr Quinn’s main contact in the bank was Michael O’Sullivan, one of the lending directors who reported directly to Mr Browne, he said.

Mr Browne said he had dealt with previous loans to Mr Quinn in his role in the bank’s credit committee. In July 2007, Mr Quinn asked him to go on a trip abroad along with Mr O’Sullivan to look at various properties in Moscow, Russia, and Kiev, Ukraine, which Anglo had already approved for loans.

“At that stage, I had one foot in and one foot out and it was incumbent on me to go when he asked me to go, and we did a two-day trip at the end of July 2007”.

Mr Browne, who had signalled his intention to leave Anglo in early 2007, said he “physically left” on October 10th or 12th that year.

By that stage, he was renegotiating finance for loans he had built up over the years. Those loans were mainly for properties including 12 residential properties in Dublin and two high-end commercial/office developments in Galway and all were performing loans, he said.

The loans were secured both on the properties themselves and on his substantial stock options in Anglo which totalled 1.6million by 2007. He said his financial position at this stage was “very solid”. The court has heard his net worth was estimated in 2007 at €60 million but by 2008, the value of Anglo shares had plummeted to less than a euro each.

He said in 2008 he got another €28 million loan as co-financier for the purchase of a 55,000 square foot office property in the heart of London in Bishopsgate under a deal in which income would more than pay off the interest on the loan with the surplus income held in an Anglo deposit account.

Asked if he was concerned about extending himself having regard to the overall position at the time, he said the bank was in a panic for him to sign the letter of offer to draw down the Bishopsgate loan, and he did so.

He was concerned about the value of his security given “the bank’s position had been decimated” and shares were less than one euro.

However, he said he was able to continue to fund the interest on his loans from the property income and from sale of certain assets. He provided the bank with a detailed repayment proposal in December 2009.

However, in 2010 it started calling in his loans, and he believed by that stage he was being treated as a scapegoat for Anglo.