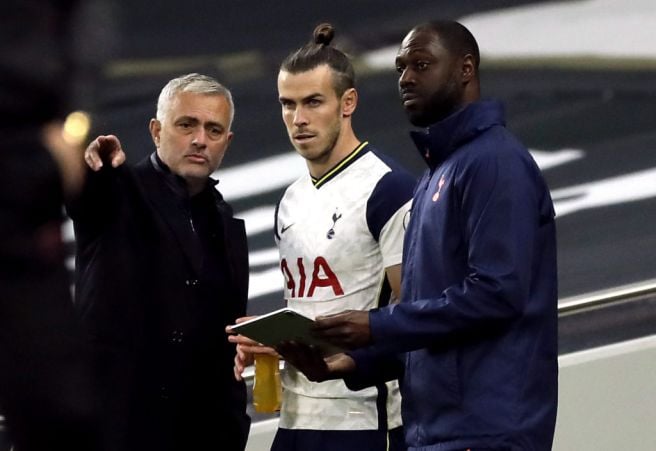 Tottenham manager Jose Mourinho appeared to question Gareth Bale’s attitude after admitting he was surprised the player asked for a scan on an injury he described as “not obvious”.

The on-loan Real Madrid forward was not in the squad for the 5-4 FA Cup extra-time defeat at Everton having decided himself after training he was not feeling comfortable.

“I think it is better for me to say: we played against West Brom on the Sunday and he didn’t play, he was on the bench,” said the Spurs boss.

“Monday I was a bit surprised by him wanting to have a scan because he was not feeling comfortable.

“He didn’t train on Monday then on the Tuesday he trained with the team but I was informed his desire would be to work with the sports science for a couple of days to strengthen that area where he was not feeling comfortable.

“That is the reason why he is not here. I don’t think it is an obvious injury, I would say he feels uncomfortable and because of that training session he couldn’t be 100 per cent.”

Asked whether he felt the Wales international, who has been restricted to 15 appearances this season on his return to the club, needed to play through the niggles he was getting Mourinho added: “Gareth was not here and the only thing I can say is the question I was asked.

“I wanted to make it very clear the situation, which I am being completely open and honest about.”

With Bale absent and Harry Kane as a substitute Tottenham went from 1-0 up to 3-1 down and twice had to equalise to force extra-time.

Their fourth goal came from the England captain after he was summoned off the bench and became the club’s second-highest scorer with his 209th goal, taking him past Bobby Smith to sit behind only Jimmy Greaves (266 in 379).

However, it was ultimately not enough as another substitute Bernard, who was on the verge of an exit less than a fortnight ago before his move to Dubai-based side Al Nasr collapsed, scored the winner seven minutes into added time.

It kept alive the Toffees’ hopes of a first trophy since 1995 as they secured their first FA Cup quarter-final for five years.

“That’s football. He’s a great wee player, he comes on and makes a great impact and scores the winner so a great moment for him,” said assistant manager Duncan Ferguson on Bernard.

Everton were dealt a blow, however, with leading scorer Dominic Calvert-Lewin being forced off with an injury with the score at 3-2 after netting his 18th goal of the season.

“Dominic is our main striker up there, he scored another great goal tonight but I thought the lads showed good character when he went off the pitch and we still got a goal,” added Ferguson.

“He was complaining about his hamstring when he came off so he may have tweaked that.”