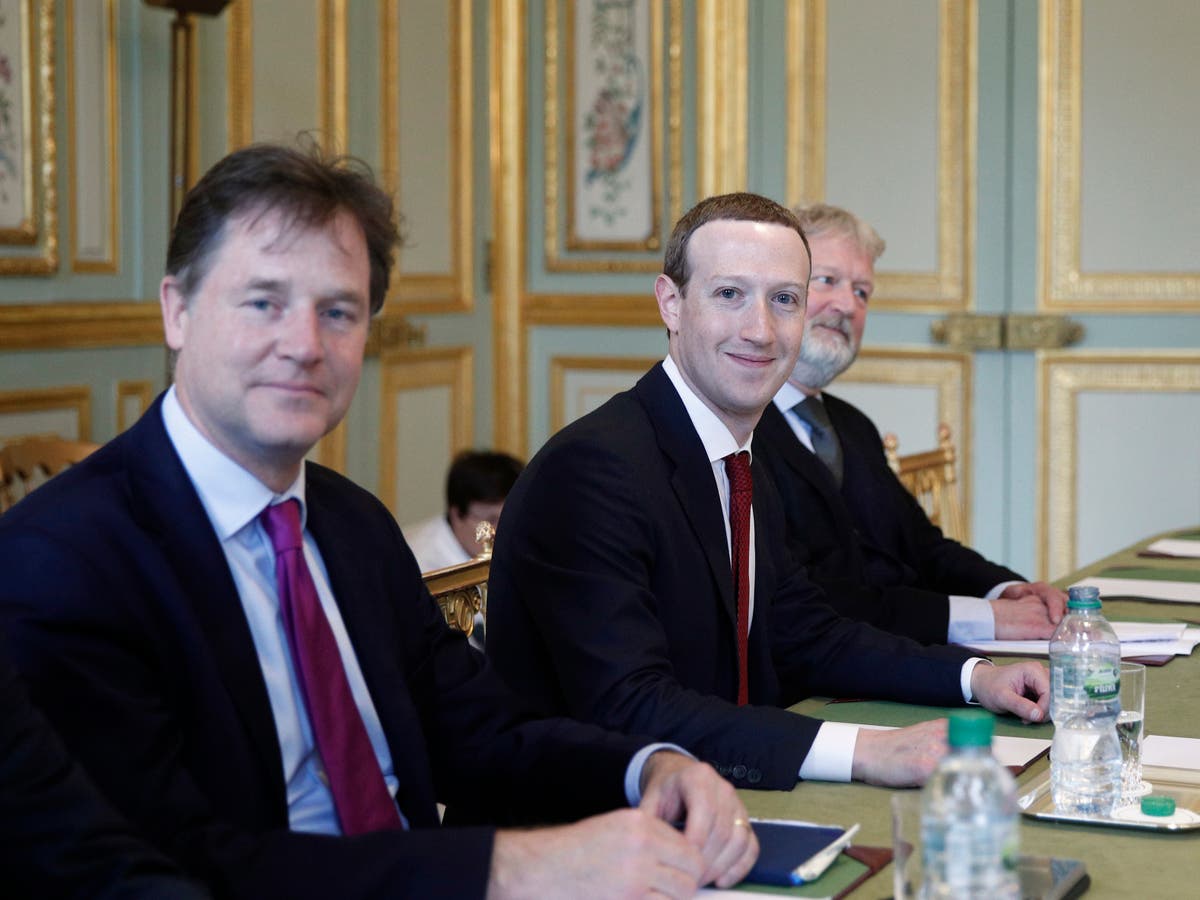 Nick Clegg, Facebook’s Vice President of Global Affairs, has written an open letter in order to clarify that Facebook does not “contro[l] the minds of Europeans” and that its algorithm is not the “chief cause of rising polarization”.

Mr Clegg, who is also the former deputy prime minister of the United Kingdom, wrote that the perception “that somehow Silicon Valley geeks are controlling the minds of Europeans, telling them how to vote and what to think” was “profoundly wrong.”

Facebook, which also owns Instagram, has a massive advertising network. In 2018, the company made $50 billion in revenue from mobile ad marketing alone.

Research also suggests that Facebook advertising “significantly affecte[s] brand image and brand equity, both of which factors contributed to a significant change in purchasing intention.”

“The caricature of shadowy figures in Star Trek uniforms manipulating our neural pathways in dark digital control rooms may make for great television … but it doesn’t make the caricature any more true”, Mr Clegg continued.

After the Cambridge Analytica scandal, it was claimed by whistleblower Chrispher Wylie that the data mining firm tested how well young conservatives responded to phrases like “drain the swamp”, or “deep state”.

However, the Information Commissioner’s Office has argued that these abilities were exaggerated and overhyped, both by their own findings and within the company. The Independent has reached out to Mr Wylie for comment.

Mr Clegg’s letter was made in response to Mathias Döpfner, the CEO of media conglomerate Axel Springer, who wrote to European Commission President Ursula von der Leyen with concerns about Facebook’s use of data targeting that “analyse what we do, what we want, and decide what we should want.”

“Knowing that we are thinking of buying a new car, they reinforce and channel our wishes and send us suggestions. In fact, the manufacturers of the suggested products pay the platforms to do this,” Mr Döpfner wrote.

As well as looking to downplay the influence Facebook has over its users, Mr Clegg also asserted that social media is not “the chief cause of rising polarization” and that users’ friend lists are more influential.

Mr Döpfner did not make such a claim in his letter; moreover, reports of internal research from Facebook has alleged that the company knew its algorithm made users turn against each other, but shuttered research into ending such effects because it would affect engagement – and therefore profit – with the proposals described as “antigrowth” and requiring “a moral stance.”

“Our algorithms exploit the human brain’s attraction to divisiveness,” a 2018 presentation apparently warned, adding that if action was not taken Facebook would provide users “more and more divisive content in an effort to gain user attention & increase time on the platform.”

Similar criticism has also been levied at Google-owned YouTube, with the New York Times reporting that the company’s algorithm suggesting to users “content that is more extreme than what they started with — or to incendiary content in general.”

In 2019, it was also claimed by the father of 14-year-old Molly Russel that Instagram influenced her tragic suicide.

Mr Russel said he believed his daughter “entered that dark rabbit hole of depressive suicidal content” and that algorithms used by some online platforms “push similar content” on users. In response, Instagram extended its ban on self-harm- and suicide-related images to drawings, cartoons and memes.

In the wake of the Capitol Building riots on 6 January, Facebook CEO Mark Zuckerberg also said he would be depoliticising the social media platform, after the company was condemned by a US senator as a “breeding ground … for hate, echo-chambers of misinformation, and venues for coordination of violence.”

Mr Clegg concluded his letter by stating that there are “real concerns to be addressed about the way data is stored, shared and monetized” but that the European Union should not “[forbid] the sensible use of data”.

Such comments also come Facebook will begin urging iPhone users to let the company track their activity, with a pop-up appearing ahead of Apple users’ screens immediately before a similar pop-up from Apple informing them of Facebook’s tracking.

“We need an honest debate about how a few platforms have become so powerful that they can dominate the Internet experience of users. It’s not about mind control of Silicon Valley companies, but about monopolies and platforms’ power over data and what users post online”, Christoph Schmon, International Policy Director for the Electronic Frontier Foundation, told The Independent.

“The issue of the current awful targeted-ads ecosystem users face must be an important element of this debate. Many users are non-consensually tracked across the Web and feel that their dignity and autonomy are not respected by platforms. This is particularly true for marginalized groups.

“This does not mean to stop the processing of data by platforms if this is done in accordance with data protection principles, such as those anchored in the GDPR. But it means to discuss whether current rules are good enough and it means to acknowledge that it seems way easier for platforms to monetize polarization than civic discourse.

I strongly feel that we need to change this equation by giving better rights to users not to be subject to microtargeting. Users should also have options to leave a platform that does not respect their privacy without losing their friends who stay behind.”