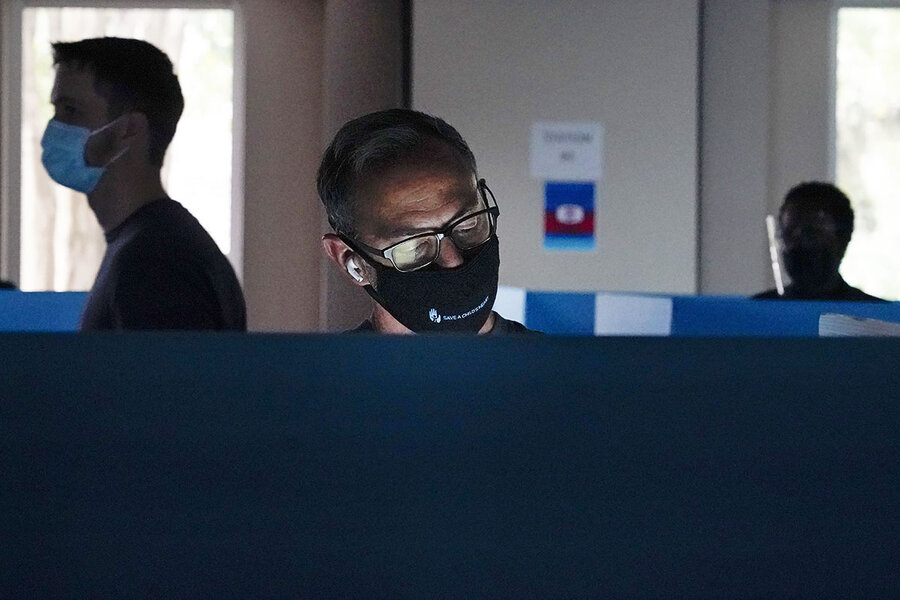 How easy should it be to vote in the United States?

The answer to that question – like so many other things in 21st-century America – depends on where one sits politically. Republicans believe voter fraud threatens the integrity and fairness of U.S. elections. Democrats see voter suppression as one of the greatest challenges to a democratic process that values everyone equally.

Nearly 160 million people voted in 2020 – the highest number ever and the greatest percentage in 120 years. But instead of viewing that as a sign of a healthy and active democracy, many Americans have doubts about the outcome and are concerned that somehow, something went wrong. Now the election – having already been weighed in on by dozens of state and federal courts, including the U.S. Supreme Court – is being scrutinized by state lawmakers on both sides of the aisle as they examine ways to shape future elections, and their own party’s political fortunes.

“We live in a country that historically has had a very strained relationship with the right to vote,” says Garrett Epps, an emeritus law professor at the University of Baltimore. “There’s a lot of leeway for anti-democratic, authoritarian ideologues to claim the blessing of the Constitution.”

The U.S. Constitution gives state legislatures the power to determine how elections are run. However, as some 90 judges made plain in more than 60 court cases filed by lawyers for former President Donald Trump and his allies, those rules need to be established before elections are held – not after.

In just the first weeks of 2021, 37 state legislatures introduced, prefiled, or carried over more than 500 bills to expand voting access, far exceeding the 188 expansive bills filed at the start of the 2020 legislative session, according to the Brennan Center for Justice. These bills would continue the trend of the past 100 years to make it easier for Americans, including women and minorities, to exercise their civic duty, including by absentee voting.

But more than 165 bills in 33 states – including the 2020 battlegrounds of Pennsylvania, Arizona, and Georgia – would tighten voting rules. That’s up from 35 the previous year. These include everything from adding identification requirements to mail-in voting in Georgia to one Arizona measure that would allow state lawmakers to overturn the popular vote and declare the winner themselves.

Athena Salman first heard a similar idea proposed about five years ago. When she became an Arizona state representative in 2017, a newly elected Republican lawmaker had a suggestion that took her aback: Why not abolish the 17th Amendment and return the right to pick U.S. senators to state legislatures? “It’s a power grab,” says state Representative Salman, now the Democratic minority whip. And it means “this decade will show whether Republicans can widen their umbrella or [will] further evolve into a party that fully embraces authoritarianism.”

Concerns in Pennsylvania and Georgia

Some GOP election officials like Al Schmidt in Philadelphia, which livestreamed its vote count in the name of transparency, stand by election workers’ valiant efforts to uphold democracy during a pandemic. But others in his party saw Election Day chaos, and state lawmakers have filed 14 bills to restrict voting.

“I wouldn’t say that the real concern is that [states] will keep voters from voting, but it’s really about addressing legitimate integrity issues and different philosophies of what’s a good election,” says John Fortier, an election integrity expert at the conservative-leaning American Enterprise Institute, in Washington. “There’s big ideology pushing on both sides: Yes, integrity is good and openness is good, but sometimes with these practices it’s a little bit more complicated.”

Pennsylvania GOP lawmakers interviewed, while mostly not alleging widespread fraud, point to confusion and their voters’ concerns that something went wrong during the 2020 election. Constant but evidence-free allegations of a stolen election helped sow doubts that party members are now using to explain why new voting restrictions are needed.

“We are not prepared to suggest any criminal behavior – we don’t have evidence beyond reasonable doubt for that – but there is evidence beyond all doubt of mass confusion and inconsistencies between polling places, and the handling of provisional ballots,” says Al Lindsay, a lawyer and GOP chair in Butler County, north of Pittsburgh. Talk of stolen elections and revolution “lives in an environment … where people lack confidence that it really is one man, one vote. That then becomes a breeding ground for conspiracy theories and fraud – and it’s very, very dangerous.”

Meanwhile in Georgia, 38% of the electorate believe there was widespread fraud in the election. That’s despite two statewide recounts, including one by hand. The breakdown: 76% of Republicans say the election was fraudulent, compared with 40% of independents and 4% of Democrats, according to a poll released last week by the University of Georgia.

Post-election efforts to influence Georgia’s vote tally are also raising concerns. Today, Fulton County District Attorney Fani T. Willis opened a criminal investigation into efforts to overturn the election, reportedly including the call to Georgia Secretary of State Brad Raffensperger in which Mr. Trump said, “All I want to do is this. I just want to find 11,780 votes.”

After making Joe Biden the first Democrat since Bill Clinton in 1992 to win the state, Georgia voters followed that up on Jan. 5 by booting two incumbent Republican senators in a runoff in favor of two Democratic senators, tipping the balance of power in Washington. That has left the state GOP split between those who claim the election was bogus and those who want to move on and argue the party’s merit directly with voters.

“The GOP is going to have to increase their base by appealing to minority voters and in-migration from outside the South into the state,” says Trey Hood, a political scientist at the University of Georgia, in Athens.

But some Republicans see it another way. “They’ve got to change the major parts of [election laws] so that we at least have a shot of winning,” Alice O’Lenick, an election official in suburban Atlanta, told the Gwinnett Daily Post.

Georgia lawmakers have filed 11 bills ranging from a ban on new residents voting in a runoff to ending no-excuse absentee balloting.

The bills, however, face steep odds. For one, ease-of-voting rules are popular among majorities of Democrats and Republicans. And most people want to believe that elections are fair. One bill likely to pass would add an ID requirement to absentee ballots. Polls show that a majority of voters, regardless of race, support that idea.

In the South, Jim Crow-era voter suppression of the Black vote was justified in the name of election integrity. In fact, the phrase “voter fraud” has historically been linked in the South with the Black vote. The North saw similar disenfranchisement of immigrants, including the Irish. It appeared again in November, when Republican complaints centered on majority-Black districts while accepting results from majority-white areas. There has long been a sense in the U.S. that “we need to make sure that … good, simple Jeffersonian farmers were represented and not the urban mob,” says Mr. Epps, author of “American Epic: Reading the U.S. Constitution.”

“This nostalgia for an earlier republic, this belief that the Constitution embodies certain values that we would call authoritarian, is very deep-rooted in American conservative history,” he adds.

In both Georgia and Arizona, which also flipped for Mr. Biden and sent two Democratic senators to the Capitol, widespread demographic shifts may be changing the political makeup in the states in ways that will endure past 2020.

Those demographic and political shifts underscore, says state Representative Salman, how efforts to restrict the vote ultimately failed to silence the resolve of the majority. “It’s actually very exciting that … we are succeeding in an election system where there have been barriers put in place.”