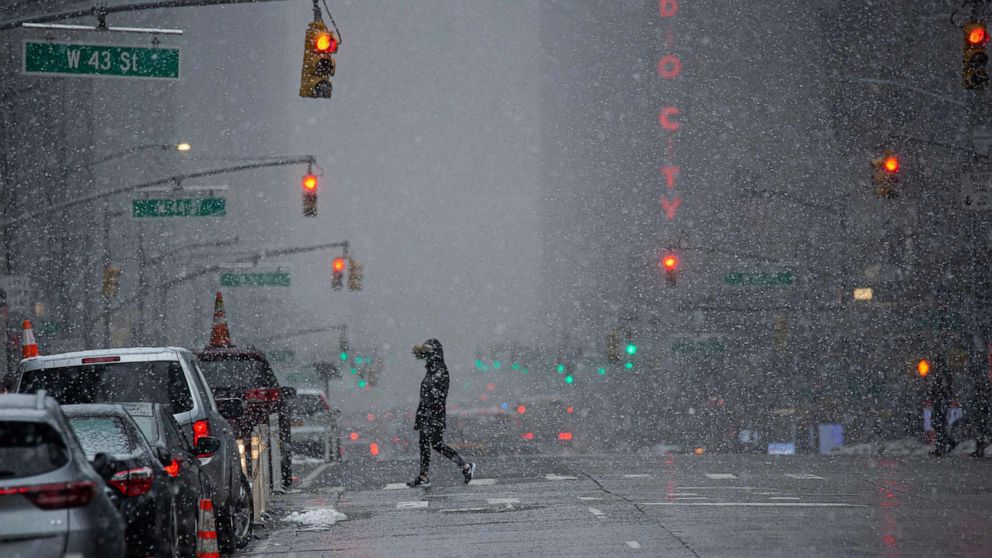 Several storms are moving through the country and bringing freezing rain, sleet and snow from Oregon to Virginia.

The highest ice accretion was found in Kentucky and Illinois where ice was measured up to half an inch thick.

An ice storm warning has been issued from Arkansas to Kentucky with icy weather stretching all the way from Texas to Virginia.

In the Northeast, snow has mostly been falling from Philadelphia to New York City causing roads to be slick and icy with, locally, up to 2 to 5 inches of snow having been reported in the Northeast so far.

On Thursday, 40 states are on alert from Oregon to Virginia for ice, snow and bitter cold.

Today, that storm in the south will continue to move east from Texas to Tennessee and into North Carolina where more ice and snow is expected.

Meanwhile, another storm is already moving into the Pacific Northwest with a winter storm warning for Portland, Oregon, and the city is expecting several inches of snow.

This storm will be moving into the South by Saturday with more icy weather expected from Texas to Virginia and, by Saturday night into Sunday morning, the storm will already be in the Northeast with snow inland and ice along the I-95 corridor.

With all these storms moving through the country, more snow and ice is forecast through the weekend and, locally, several feet of snow is expected in the West and heavy ice accumulation in the South.

The Great Lakes and parts of the Northeast could see up to a half a foot of snow through the weekend.

Some of the coldest air in years is going to move into the Upper Midwest and western Great Lakes and the Great Plains where wind chills Sunday morning will be in the 50s below zero.