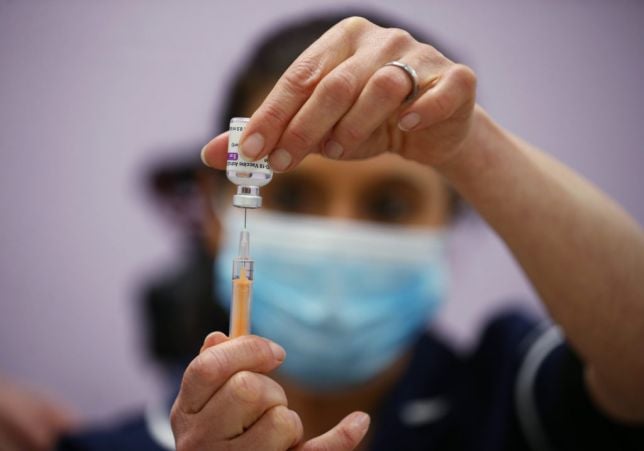 Drugs giant AstraZeneca confirmed it is focusing efforts on adapting its Covid-19 vaccine developed with Oxford University to new strains of the disease, as it revealed that annual profits more than doubled.

The group is also working on cutting the time needed to reach production at scale of the vaccine to between six and nine months.

The haul marks a significant rise on the $1.55 billion profits seen in 2019, despite offering its coronavirus jab on a not-for-profit basis.

But the vaccine helped boost revenues over the year, contributing $2 million to total turnover of $26.6 billion, a rise of 10 per cent.

Operating profits surged to $5.16 billion, up 81 per cent with currency effects stripped out, as the firm hailed the success of fast-growing new medicines.

AstraZeneca said it expects to deliver revenue growth in the “low-teens” over 2021, though it stressed the guidance does not include any sales or profit impact from the coronavirus jab or its planned takeover of US group Alexion Pharmaceuticals.

With regard to the vaccine, it said that, together with Oxford University, it is “focused on adapting C19VAZ to new disease strains if required and hopes to reduce the time needed to reach production at scale to between six to nine months, by utilising existing clinical data and optimising its established supply chain”.

The results showed fourth-quarter profits rocketed to $1.17 billion from $240 million a year ago.

Revenues for the final three months of the year rose 11 per cent to $7.41 billion, though this was slightly lower than expected.

AstraZeneca chief executive Pascal Soriot said: “The consistent achievements in the pipeline, the accelerating performance of our business and the progress of the Covid-19 vaccine demonstrated what we can achieve, while the proposed acquisition of Alexion is intended to accelerate our scientific and commercial evolution even further.

The AstraZeneca/Oxford vaccine team were given a boost on Wednesday when scientists advising the World Health Organisation (WHO) recommended the use of the jab in all adults.

It came after a number of countries opted not to give the jab to those over the age of 65.

The vaccine developers have come under pressure recently, in particular over supply issues in the European Union.

Sebastian Skeet, senior analyst at Third Bridge, said: “On a human level, AstraZeneca’s vaccine saga has been disappointing – the clash with the EU, new data demonstrating a lack of efficacy in preventing mild to moderate infection caused by the South African variant, and the decision by German authorities to limit vaccinations in persons under 65 years old.

“However, the opposite can be said for AstraZeneca’s core business. The company is arguably the poster child for big pharma turnarounds, with CEO Pascal Soriot rebuilding the pipeline and establishing the necessary growth drivers.”