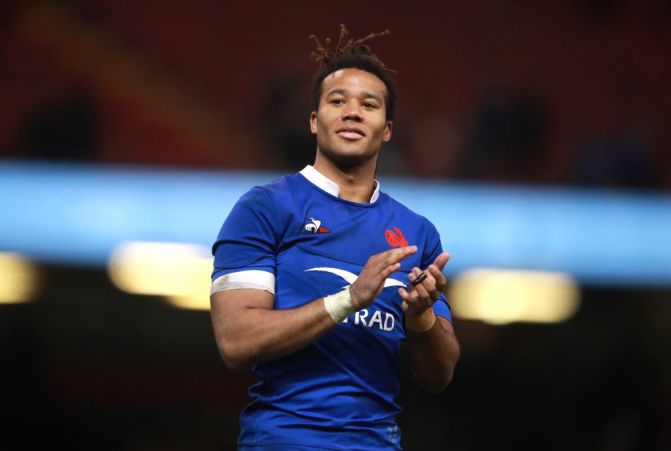 France wing Teddy Thomas has been dropped to the bench as part of two changes for the visit to Ireland. Photo: PA Archive/PA Images

France have dropped Teddy Thomas to the bench for Sunday’s Guinness Six Nations clash with Ireland.

Racing 92 wing Thomas scored twice in last weekend’s thumping 50-10 win away to Italy but Damian Penaud has been preferred on the right flank for the visit to Dublin.

Head coach Fabien Galthie has also altered his back row, bringing in Anthony Jelonch at blindside flanker in place of Dylan Cretin, who claimed the opening try in Rome.

Teddy Thomas and Dylan Cretin drop to the bench for the #GuinnessSixNations trip to Ireland – thoughts, France fans? 🤔

There are three new faces among the replacements, with props Uini Atonio and Hassane Kolingar replacing Dorian Aldegheri and the injured Jean-Baptiste Gros, while versatile back Anthony Bouthier takes Louis Carbonel’s place in the 23.

Galthie admits France will have to adapt to Ireland being without injured half-back duo Johnny Sexton and Conor Murray but does not expect the inclusion of deputies Billy Burns and Jamison Gibson-Park to significantly alter the opposition’s play.

“This is the combination that ended the game against Wales which begins,” he said of Burns and Gibson-Park.

“We will have to adapt to this change. It won’t change the way they play too much.

“We will have to block them at the ruck exits because Gibson-Park likes to carry the ball. Burns is of the same calibre. This team is experienced.”

Les Bleus are bidding for a first Six Nations success at the Aviva Stadium in a decade, having failed to win on their past four visits.

Galthie added: “You have to be prepared for any challenge, anywhere and against anyone.

“You have to prepare to experience chaos as solidly as possible. This is what we prepare for without forgetting to face the unexpected.”

How the table currently stands… but how will it look after the weekend? 🤔

Flanker Charles Ollivon captains Les Bleus from the back row, lining up alongside Jelonch and Gregory Alldritt, with the South Africa-born duo of Bernard Le Roux and Paul Willemse in the second row, behind hooker Julien Marchand and props Mohamed Haouas and Cyril Baille.

Gael Fickou and Arthur Vincent will start in midfield, with Penaud, Gabin Villiere and full-back Brice Dulin forming the back three.