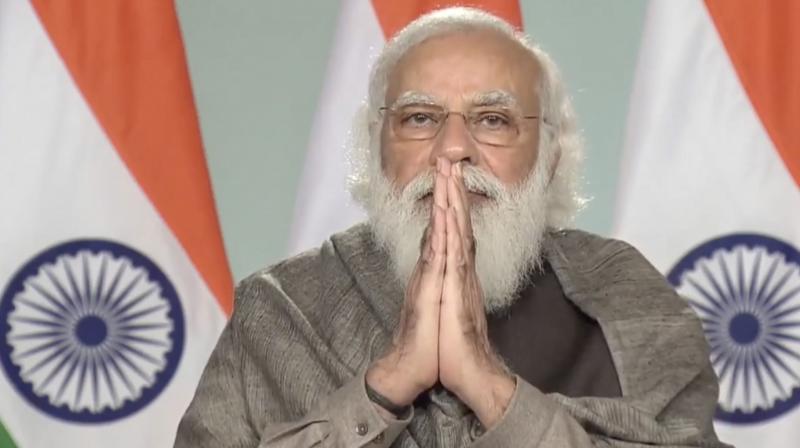 Kolkata: Prime Minister Narendra Modi, on his second visit to poll-bound West Bengal within a span of two weeks, will inaugurate three big-ticket central industrial projects totalling Rs 4,552 crores at Haldia in East Midnapore next week in what appears to be a curtain-raiser of his campaign to brighten the BJP's prospect in the ensuing Assembly Election.

What has however irked the ruling Trinamul Congress, is union petroleum minister Dharmendra Pradhan's invitation to its MP of Tamluk: Dibyendu Adhikari to Modi's event on February 7.

While Haldia is located in Tamluk Lok Sabha constituency, senior TMC leaders have started reading a hidden and clear message in the invitation to the young MP who has been maintaining distance from the party since his elder brother Shubhendu Adhikari and younger brother Soumendu Adhikari have already switched from chief minister Mamata Banerjee's party to the BJP and their father and three-time MP Sisir Adhikari has been isolated in the party.

All eyes will be on Dibyendu on whether he attends the event where Modi will flag off Dobhi-Durgapur Pipeline Project, a 347-km long section of Jagdishpur-Haldia and Bokaro-Dhamra Pipeline constructed by GAIL with estimated cost of Rs 2433 crores, which will revive HURL Sindri in Jharkhand Fertilizer plant, supply gas to Matix Fertilizer Plant at Durgapur as anchor customers, in addition to supplying gas to industrial, commercial and automobile sectors and city gas distribution across all major towns in these states, including cities of Hazaribagh, Bokaro, Dhanbad, Jamshedpur, Purulia, Asansol and Durgapur.

The PM will also launch LPG Import Terminal, built by Bharat Petroleum Corporation Limited at an investment of Rs 1100 crores, which will meet LPG requirement in West Bengal, Odisha, Bihar, Jharkhand, parts of Uttar Pradesh and North Eastern states. Modi will lay the foundation stone of the second Catalytic Dewaxing Unit, at the Haldia Refinery of Indian Oil Corporation, built at Rs 1019 crores to help augment the lubricant production.