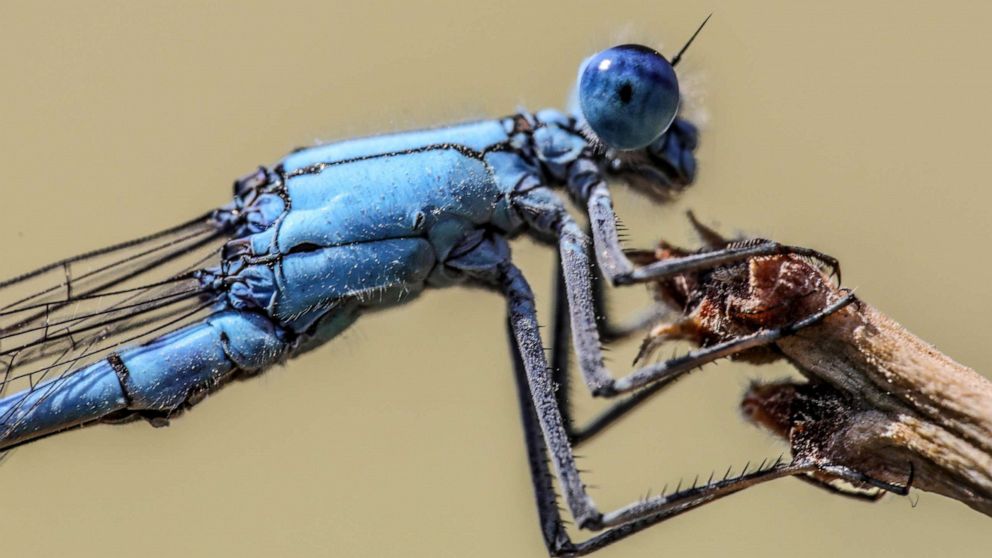 Dragonflies perform upside-down backflips to right themselves, even when unconscious — a discovery that might one day lead to better drones, a new study finds.

Dragonflies are the acrobats of the sky. As adults they catch prey in midair, approaching it from below and then flipping upside-down to wrap their legs around their victims. This maneuver led researchers to investigate how these insects righted themselves when dropped upside-down, since most research on aerial righting has focused on flightless animals such as cats.

“It’s interesting to see passive righting reflexes in insects, as we generally consider insects to have to work constantly to maintain their stability,” said study lead author Samuel Fabian, a zoologist at Imperial College London. “This is because insects’ small size means that the air feels very different to them, somewhat thicker.”

In experiments, scientists fastened motion-tracking dots and tiny magnets onto 20 common darter dragonflies and then attached each insect to a magnetic platform either right-side up or upside down with some variations in tilt. When they released the dragonflies, motion-tracking cameras helped them create 3D models of each insect’s movements.

Many previously examined animals right themselves while falling by rolling their bodies around a head-to-tail axis. In contrast, the researchers found that conscious dragonflies somersaulted backwards to right themselves. Unexpectedly, anesthetized dragonflies could perform the flip as well, albeit more slowly.

“We would have assumed that dragonflies, like other animals tested with an inverted drop, should have to work to flip themselves the correct-side-up. Thus, when we first came to drop the animals who were unconscious, we expected them to tumble,” Fabian said. “Instead, they cleanly flipped themselves over without active input from the asleep animal. That’s when we knew something novel was happening.”

Dead dragonflies ordinarily did not flip, but they could right themselves when the scientists waxed their wings to pose them in specific positions, albeit with a little more spin around the vertical axis than in live insects. All this suggests this backflip relies on both muscle tone and wing posture, which is innate to these insects as a passive stabilizing mechanism instead of an active response.

These findings provide “an excellent example of how body-wing shape can effectively provide passive stability for small aerial systems,” Fabian said. Potential applications include designing small drones that can minimize their energy use or right themselves without extensive processing from the onboard computer, he said.

The scientists detailed their findings online Feb. 10 in the journal Proceedings of the Royal Society B.