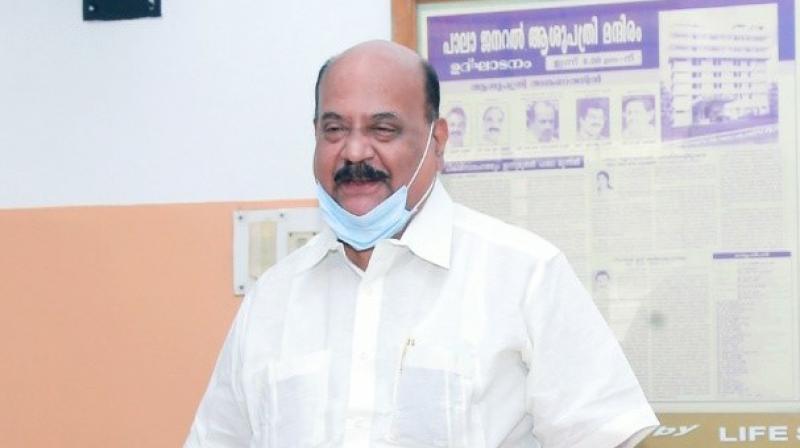 Kochi: Ahead of the Assembly polls in Kerala, the opposition UDF on Saturday got a shot in its arm with a faction in the Nationalist Congress Party (NCP), a constituent in the ruling LDF, announcing its decision to part ways with the CPI(M)-led alliance and join the Congress-led Front. Mani C Kappan MLA, who is heading the faction, said he would attend the 'Aiswarya Kerala' Yatra led by senior Congress leader Ramesh Chennithala when it reaches his constituency Pala in Kottayam district on Sunday.

Kappan, who won the Pala seat as an LDF candidate in the bypoll held in 2019, claimed support of seven district presidents and nine state office bearers of the NCP.

He revolted against the state LDF leadership following the reported move by the CPI(M) to hand over Pala Assembly seat to Kerala Congress (M)-led by Jose K Mani which recently joined the ruling front after severing its decades old alliance with the UDF.

Talking to reporters here, Kappan expressed hope that the UDF will take his faction in its fold.

Kerala Transport Minister A K Saseendran, who heads the NCP rival faction, condemned the move by Kappan to join the UDF, alleging that he did injustice to the people of Pala who elected him in the bypoll.

However, the NCP national leadership has not reacted to the development.

Welcoming Kappan to the UDF fold, Chennithala said in Idukki that Kappan's decision to work with UDF will help boost the morale of its workers in the Assembly polls.

The Leader of Opposition in the State Assembly said Kappan will be fielded as UDF candidate from Pala in the Assembly polls.

Claiming that the LDF's base was shaking day by day, he said more and more leaders and followers will leave the ruling front and join the UDF in the coming days.

Seeking to downplay the development, CPI (M) state secretary A Vijayaraghavan said "The LDF gives more importance to NCP than to Kappan," he said.

K M Mani had represented the Pala seat in the Assembly for over 50 years.

Kappan had held discussions with the national leaders of the NCP in New Delhi this week about the "injustice" being meted out to him by the LDF over the Pala seat.