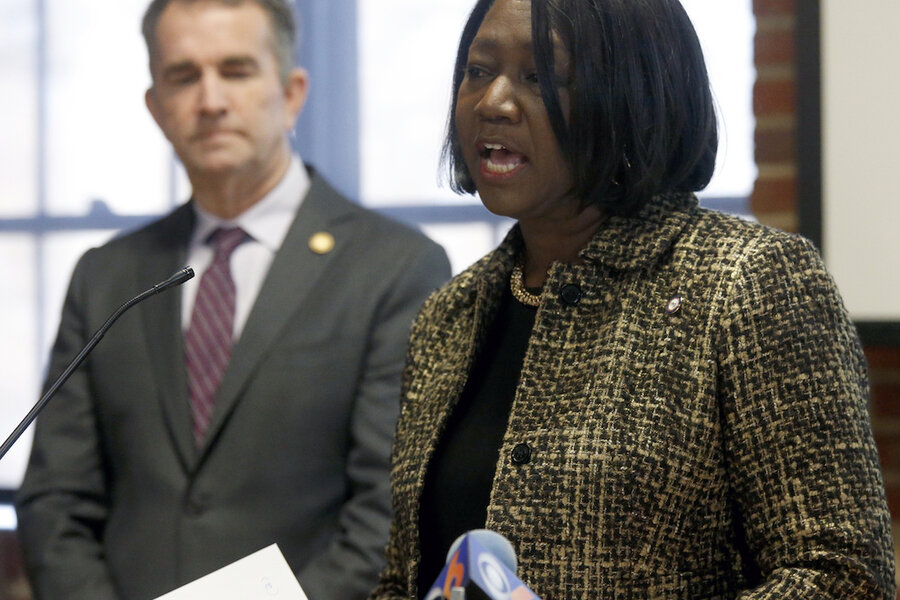 Virginia needs sweeping changes to its schools, housing laws, criminal justice system, and other areas of policy to remedy the legacy of centuries of government-sanctioned racial oppression, according to a new report the state released Wednesday.

It’s the latest effort of a commission empaneled by Democratic Gov. Ralph Northam, which began its work in 2019 with an examination of racist laws that – though long unenforced – had remained on the books.

Wednesday’s report, provided to The Associated Press ahead of its public release, concludes that the impacts of those now-purged laws have persisted in varying degrees, and it recommends dozens of policy changes to “dismantle this structure, and to address the lingering and disparate effects of Virginia’s segregationist past.”

“These policy ideas, and others like them, will not only help people of color in Virginia, but will help all of us, as well,” the report says.

This former Confederate state is by no means unique in shouldering the legacy of racial discrimination. For instance, the report notes nationwide racial disparities in daily life, citing the persistence of racially segregated neighborhoods and lower rates of homeownership among Black people.

“In the Commission’s view, this is what structural racism looks like,” says the report.

Commissioners acknowledged that some people reject this term as “anachronistic and no longer relevant given the legal prohibitions on explicit discrimination.” However, they said: “Virginia policymakers and other leaders spent centuries building legal and other structures to comprehensively segregate and oppress people of color. While the laws have gone away, the impact of what they built, indeed much of the structure they built, has not.”

While the report contains suggestions, not mandates, the effort has both support and momentum with Democrats in full control of the state government. Fifteen of the policy recommendations have been adopted into Governor Northam’s legislative and budget agenda for the year.

The Commission to Examine Racial Inequity in Virginia Law is a group of lawyers, judges, and law professors chaired by Cynthia Hudson, the state’s former chief deputy attorney general. Their first year’s work, identifying the blatantly discriminatory laws, was the easier part, Ms. Hudson said. She said this second act – identifying existing laws not discriminatory on their face but with harmful, real-world impacts on people of color – has been like “eating an elephant.”

The report, around 100 pages long and layered with primary sources and historical research, focuses on six policy areas: housing, education, criminal justice, health, environmental justice, and agricultural equity. University of Virginia law students worked on the research and drafting that formed the basis of the report, and commissioners arrived at policy recommendations through majority votes after taking public comments and suggestions from advocacy groups.

As for education, the commission found that segregation’s legacy lives on, even if Virginia’s official policy of “massive resistance” to integrated schools ended decades ago.

“Schools in Virginia are increasingly isolated by race and socioeconomic status, with the number of highly-segregated, high-poverty schools nearly doubling in the last twenty years,” the report said.

The more than a dozen education policy recommendations include overhauling the school funding formula, repealing statutory language that limits the power granted to the state to draw school zone lines, and encouraging programs like choice zoning and magnet schools to improve integration.

On housing, recommended policies would aim to increase affordable housing stock and reduce evictions, including substantial changes to landlord-tenant laws.

“The current court process favors landlords over tenants. If we want people to stay in their homes, and our neighborhoods, schools, and economy to flourish, we should balance the process and help all Virginians be safely and stably housed,” the report said.

The report also calls for:

•loosening or repealing restrictions on voting rights for people convicted of felonies.

•closing the gap in health care access for immigrants, including by offering prenatal care regardless of an expectant mother’s immigration status.

•establishing a tribal liaison at the state agency that handles environmental permitting and regulating.

Governor Northam formed the panel through an executive order after a scandal erupted over a decades-old photo of a person in blackface and someone in a Ku Klux Klan robe on his medical school yearbook page. The controversy nearly forced him from office. But Governor Northam resisted widespread calls to resign and pledged the remainder of his term to rebuilding trust and addressing Virginia’s long history of racism and inequity.

Besides empaneling the commission and signing legislation eliminating racist legal language, Governor Northam appointed a cabinet-level diversity director tasked with making government more inclusive. He sought funding for a host of initiatives aimed at more prominently telling the story of Black history in the public sphere. He created a panel to study how Black history is taught in schools. He backed proposals to resolve racial disparities in maternal health, and he’s worked with the General Assembly to pass a host of criminal justice reforms.

“I think his commitment is sound, genuine, continuing, and certainly very much appreciated by this Virginian,” Ms. Hudson said.

Next, the commission is turning to investigate laws and regulations that contribute to inequity in economic achievement and stability, including policies on worker rights, consumer protection, and debt collection.

“The Commission’s work so far has barely scratched the surface of a full review of Virginia law and history,” the report said.