In our modern time, in the age of internal combustion engines, the question of pollution of our environment is increasingly being raised. Bright minds are breaking their spears, experimenting with new engines. There were proposals to return to steam units, but the designs are bulky. It's great to install electric motors, but batteries are very expensive. So the search continues. I propose, of all the options that are in development, to go the path of air motors. I have already raised this issue earlier, so today we will consider it a little in depth.
In my opinion, lone students and masters make a great contribution to this topic.
Here's an experimental model was established at the Australian College of Kuwait. 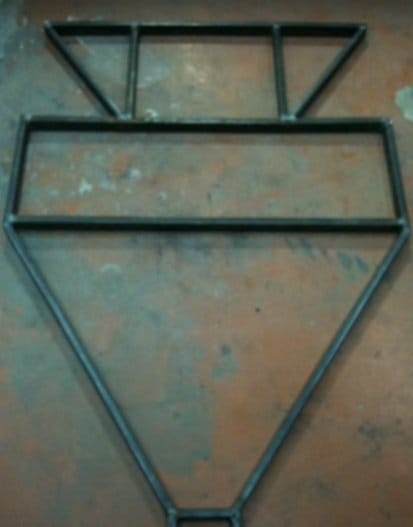 The pressure in the cylinders is 300 atmospheres. The maximum speed reached 70 km/h and the travel range was 5.3 km. The petal motor, as in a pneumatic tool, is not economical at all. Not the best option. 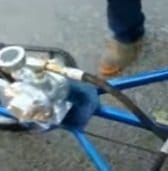 Let's say you decided to collect something A small set of parts looks tempting. But the movement of vehicles will be limited by a high pressure compressor. You won't get far.
And dad from the United States decided to make a children's car using compressed air, or rather to attract his guys to create a joint project. The pressure in the receiver was prudently chosen to be 7-8 atmospheres.
From the profile pipe, parts for the frame were cut and a rectangular frame with stiffeners was welded. At the back of the product, the young author placed half of an old bicycle. It retains the rear wheel and bottom bracket with pedals. It is turned bike upside down. 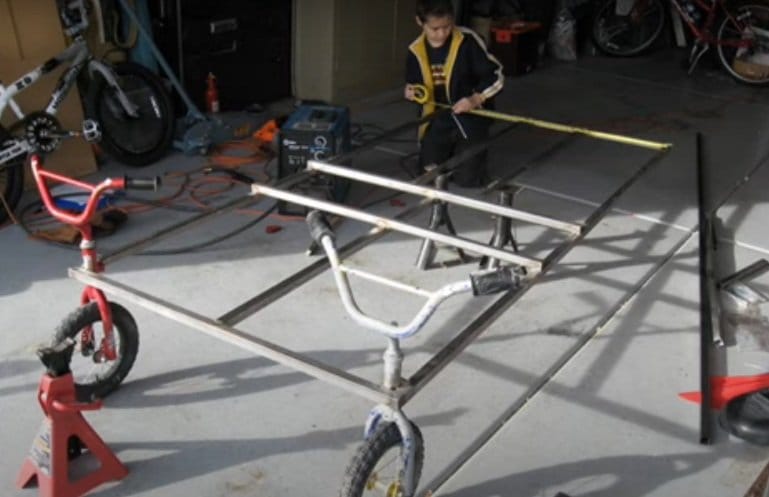 A pneumatic cylinder was used as the engine. As a reference, to shift the weight of a person, 80-90 kg along with the structure, a cylinder 25 mm in diameter and 150 mm piston stroke will do. It is fixed with a pendulum on the car frame and on the pedal lever. Forks and wheels from children's bicycles are used as the front suspension. Swivel rods. In the passenger compartment flooring is laid. 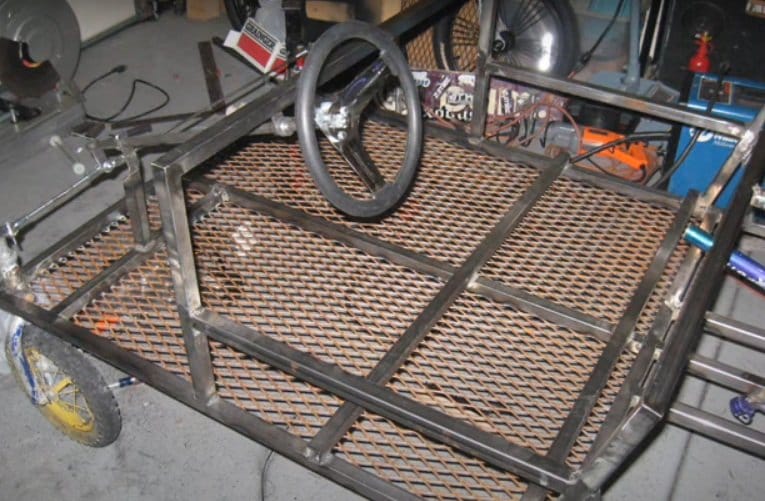 The injection-discharge phases are switched by electric solenoids, which are installed on the cylinder itself.

Two standard 20-liter receivers were installed as fuel tanks
The gas pedal is assembled on the solenoid, and the brake pedal is not the rear wheel through a metal rod. 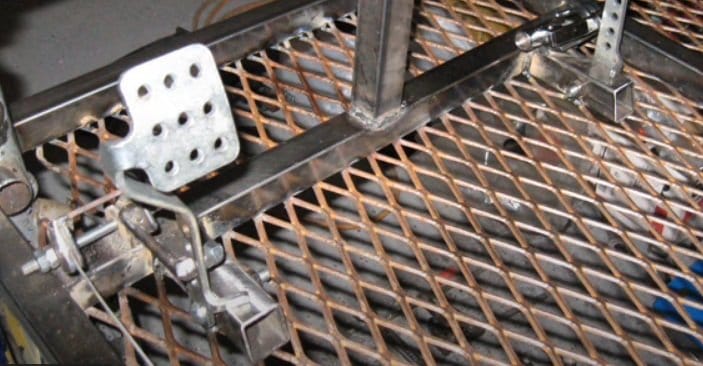 The gas distribution commands are controlled by reed switches and a magnet attached to the second pedal lever. When the magnet flies near the reed switch, the contact closes and a signal is sent to the relay . It turns on the solenoid and the compressed air pushes the piston. The wheel starts spinning. Relays automobile 12V. 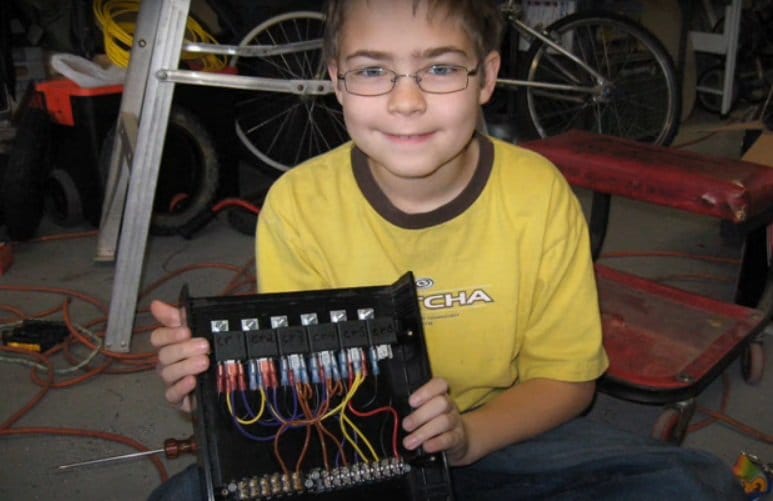 Painting is needed to protect against aggressive environments and for a pleasant perception of the project. This is especially noticeable during assembly. 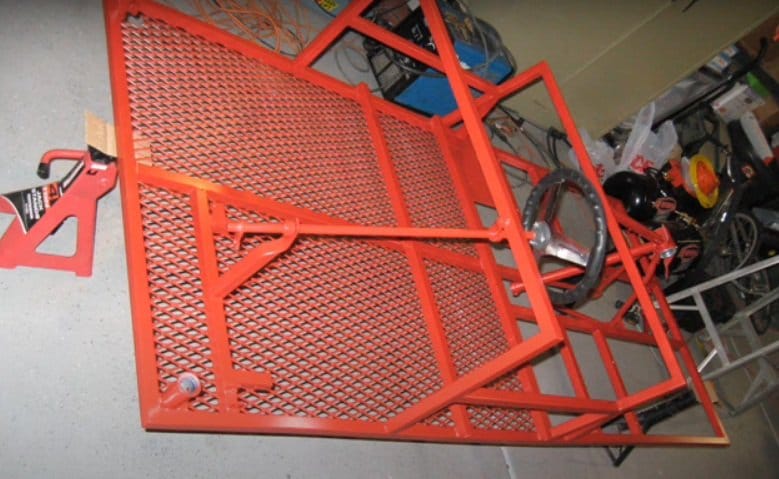 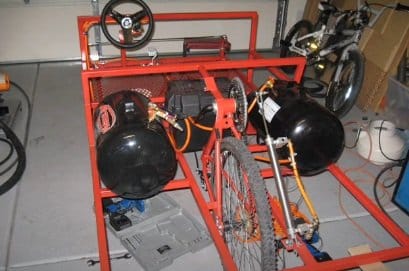 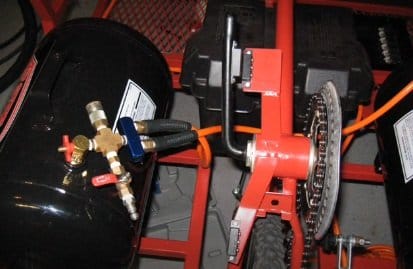 The assembly is finished by laying the wiring in the allocated channels. Everything happens under the close attention of the project manager. 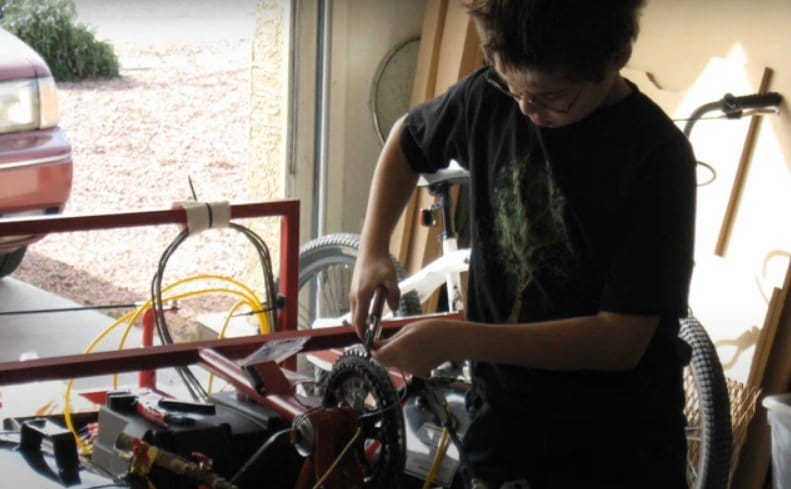 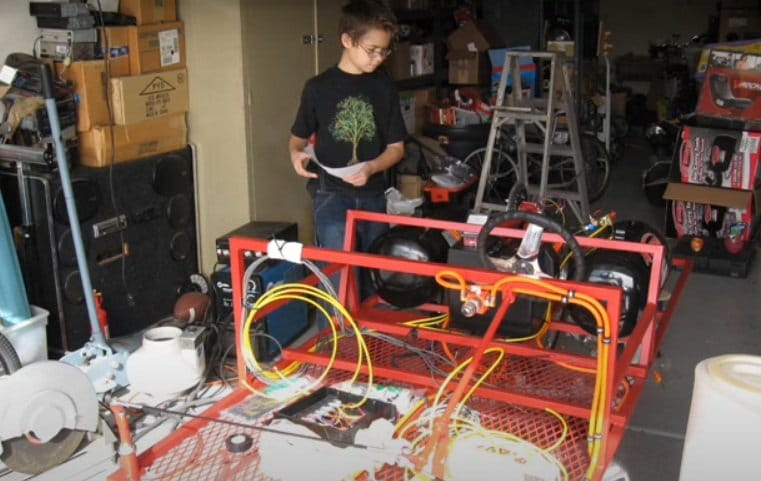 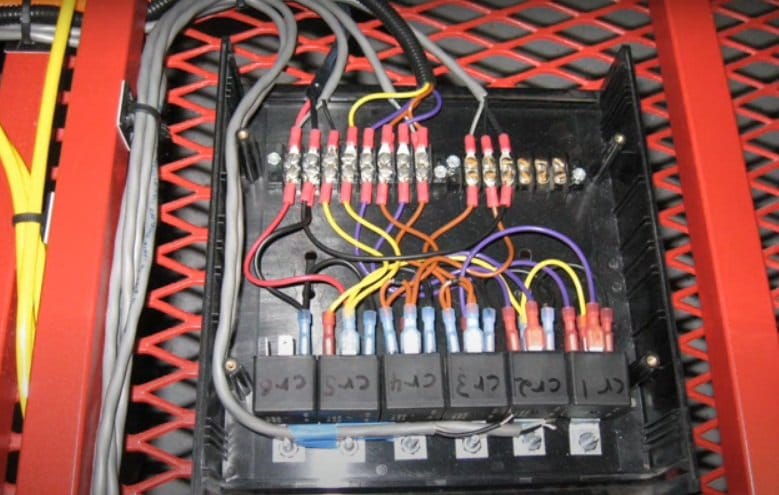 Everything, the product is ready, I really can't wait to test it. To start, the air supply from the receiver opens, the battery is connected and this long-awaited moment. A wheel with a characteristic snort starts to spin. 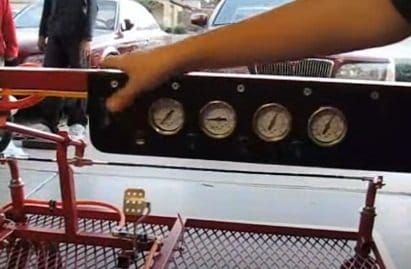 And then came the holiday of the soul. What do you readers think, what a feeling the boy experiences, who, with the advice of his father, gathered and went. I think this day will remain in his memory for life. The car reaches a speed of 14 km per hour and is able to drive almost 1 km 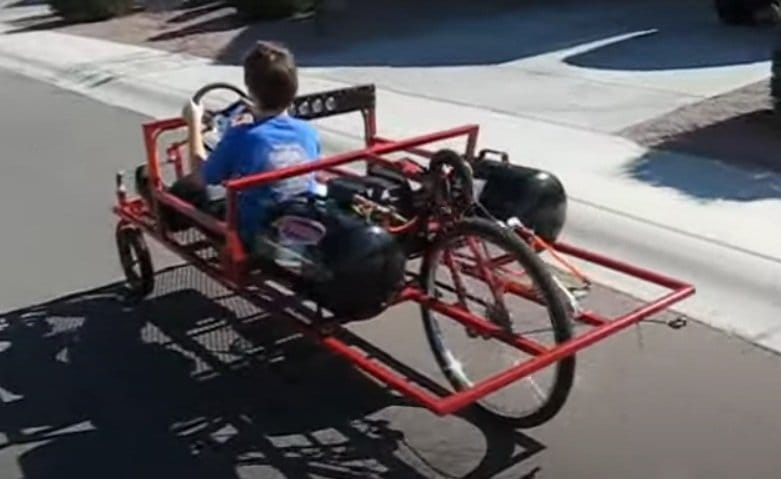 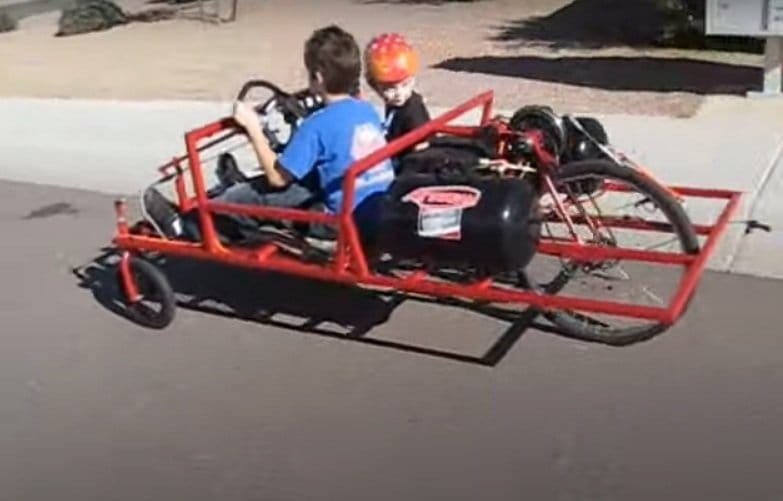 If anyone wants to repeat the project. How can you improve the performance of your device? It is worth turning to the ideas of Hindu students. They suggest adding a low-power solar panel and a car compressor to pump up the receiver. The battery is already on board. The idea is that in sunny weather the battery is recharged, while driving, the pressure drops and is immediately pumped up. I don't think that if you rush and press the pedal, the compressor will have time to maintain the pressure. But the mileage increases anyway, and if you bleed everything, after a while you can continue driving. 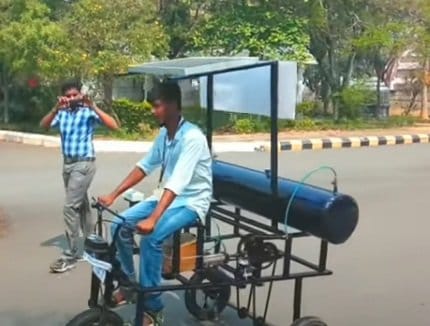 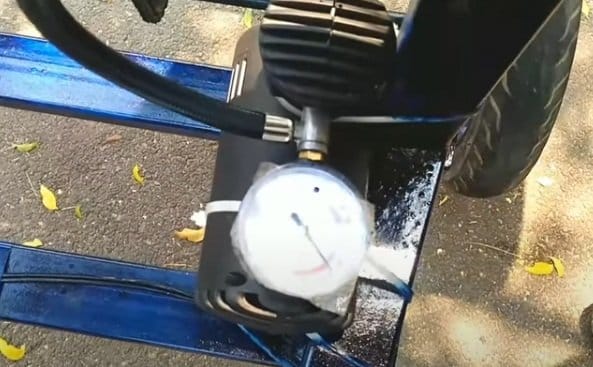 Using the Hindu idea, you can accumulate not only electricity, but also air.