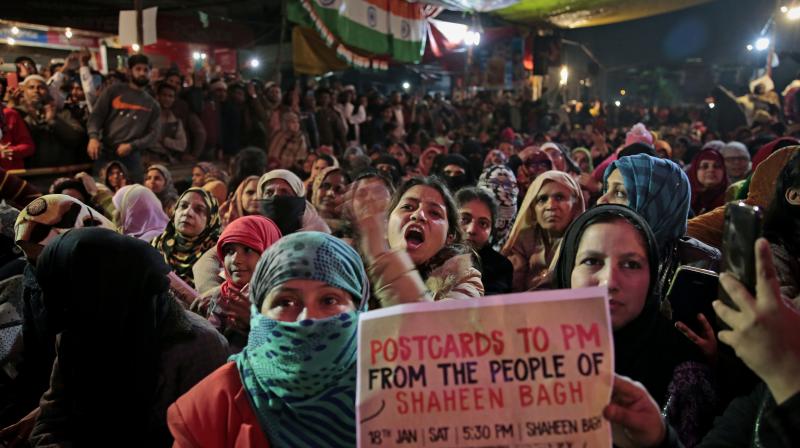 New Delhi: The right to protest cannot be anytime and everywhere, the Supreme Court said as it dismissed a plea seeking review of its verdict passed last year in which it had held the occupation of public ways during the anti-CAA protests at Shaheen Bagh here was not acceptable.

The top court said there may be some spontaneous protests but in case of prolonged dissent or protest, there cannot be continued occupation of public place affecting the rights of others. A bench of Justices Sanjay Kishan Kaul, Aniruddha Bose and Kirshna Murari said, “We have perused the review petition and record of the civil appeal and are convinced that the order of which review has been sought, does not suffer from any error apparent warranting its reconsideration.”

The bench, which has passed the order recently, said it has considered the earlier judicial pronouncements and recorded its opinion that the Constitutional scheme comes with a right to protest and express dissent but with an obligation to have certain duties. “The right to protest cannot be anytime and everywhere. There may be some spontaneous protests but in case of prolonged dissent or protest, there cannot be continued occupation of public place affecting rights of others, the bench said, while dismissing a plea by one Shaheen Bagh resident Kaniz Fatima and others for review of last year's verdict of October 7.

The top court, which considered the matter in the judges' chambers also rejected the prayer for open court hearing in the matter.

The apex court had on October 7, last year held that public spaces cannot be occupied indefinitely and demonstrations expressing dissent have to be in designated places alone.

It had said occupation of public ways in the anti-CAA protests at Shaheen Bagh locality here was not acceptable.

Observing that democracy and dissent go hand in hand, the apex court had said constitutional scheme comes with the right to protest and express dissent, but with an obligation towards certain duties.