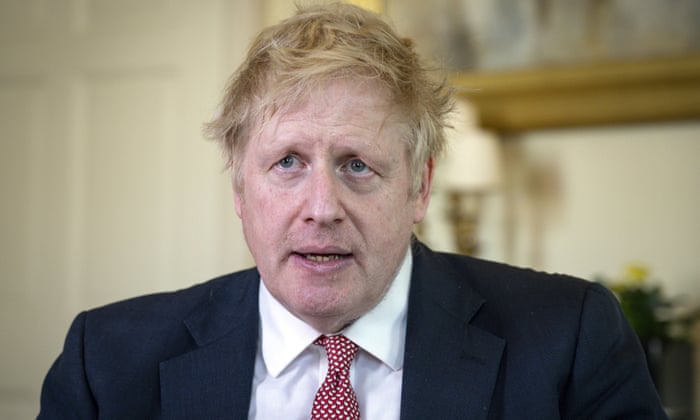 Boris Johnson has said he perhaps did not realise quite how ill he was with Covid-19 when he was in intensive care in April, because the nature of the virus means people sometimes cannot appreciate the gravity of their plight.

The prime minister spent three nights in the intensive care unit of St Thomas’ hospital in central London after a bout of the virus turned serious. He spent a week in hospital in all.

In an interview with the US network CBS at Downing Street, Johnson was asked whether, at the time, he feared he might not survive. The prime minister initially dodged the question, instead praising the NHS and saying treatments for coronavirus had “moved on a long way” since he was ill.

But, pushed on whether he believed he “might not make it”, Johnson said this had not happened, but that it could partly be due to the way Covid can affect people.

“Well, no, that didn’t occur,” he said. “I think one of the features of this illness is that as you undergo it, you don’t realise quite what a state you’re in. Your oxygen levels go down in a way that perhaps the patient doesn’t quite detect themselves.”

This is a recognised phenomenon of coronavirus infection. Some patients appear to feel well despite having dangerously low oxygen levels, which in some cases could cause unconsciousness or even death.

While a healthy person would normally have oxygen saturation of at least 95%, doctors have reported some Covid patients arriving at hospital with levels in the 80s or 70s. The effect is known as happy hypoxia or silent hypoxia.