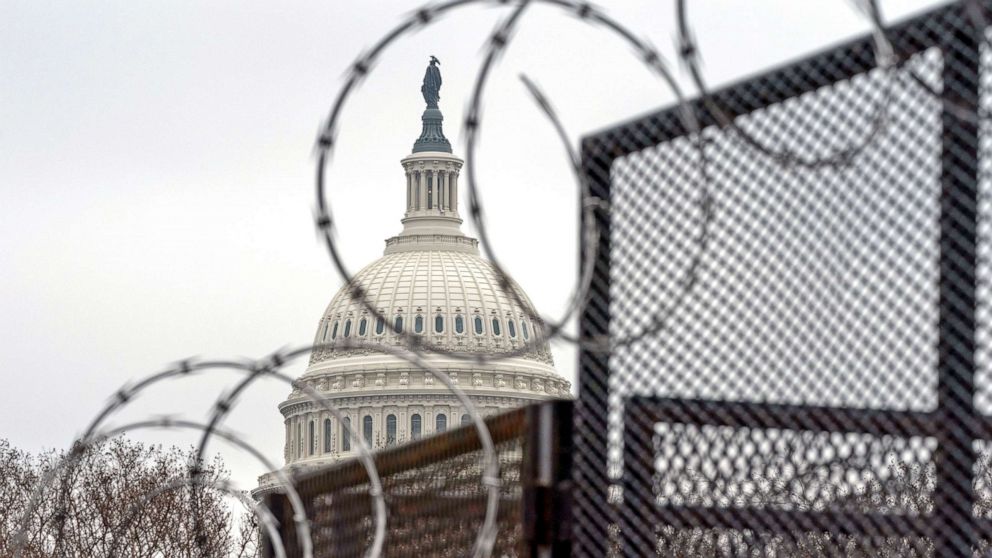 In wrapping their case, House managers argued for Trump’s conviction in part by talking about what it would mean to do nothing.

“I’m afraid he’s going to run again and lose, because he can do this again,” Rep. Ted Lieu, D-Calif., warned in his presentation Thursday.

“Impeachment is not to punish, but to prevent,” said Rep. Diana DeGette, D-Colo.

Now comes Trump’s defense, in what could be a single day of arguments in a trial that could even wrap on Friday or Saturday. The former president’s lawyers are conceding critical facts rather than suggesting alternative ones.

They have not sought to call election results into question and say they will not defend the actions of the riotous mob that took over the Capitol Jan. 6. Where they draw the line — and where they are asking Republicans to hold it — is on whether Trump’s actions should be punished through this particular means.

Part of their argument carries a warning on what will happen if tens of millions of voters feel disenfranchised. Trump attorney Bruce Castor employed two different metaphors earlier this week: “The floodgates will open. I was going to say, ‘release the whirlwind.'”

Voting to acquit might still seem like the easier path for Republicans, given Trump’s enduring appeal to GOP voters. But as Jan. 6 made clear, there are more than simple political consequences to consider.

When White House press secretary Jen Psaki was asked last week to weigh in on how Democrats would balance the impeachment trial with addressing ongoing coronavirus relief negotiations, she said the Biden administration is “confident they have the ability to walk and chew gum at the same time.”

As House impeachment managers laid out the final chapters of their arguments on Thursday, the White House, along with their Democratic colleagues on Capitol Hill mapped out their plan of action regarding the pandemic.

During his first visit to the National Institutes of Health, President Joe Biden announced the U.S. signed additional contracts with Pfizer and Moderna, putting the nation “on track to have enough supply for 300 million Americans by the end of July.” While the president has been reluctant to comment on his predecessor’s second impeachment trial, he took the opportunity to offer an indictment of Trump’s handling of the pandemic.

“While scientists did their job in discovering vaccines in record time, my predecessor — to be very blunt about it — did not do his job in getting ready for the massive challenge of vaccinating hundreds of millions of Americans,” Biden said.

On Capitol Hill, Senate Majority Leader Chuck Schumer joined Georgia Sens. Raphael Warnock and Jon Ossoff to publicly highlight the work the newly elected lawmakers are pursuing to address the pandemic, as promised to voters who ultimately landed Democrats control of the Senate. The move served as a reminder of the political expediency Warnock will have to weigh as he prepares to face voters again in 2022.

Across the Capitol, House Speaker Nancy Pelosi also signaled a broader political approach to Democrats’ focus on pandemic policy negotiations. During her weekly presser, the speaker confirmed that the House will vote on a coronavirus relief package by the end of the month and added that the package will include a push for a $15 minimum wage. That move will likely appease progressives in her conference who have been vocal about keeping the item in the package.

In the months after blockbuster turnout and an unprecedented shift to vote-by-mail, some state lawmakers across the country have been busy moving in retrograde.

Looking to future elections, over 165 bills aimed at tightening election rules and making it harder to vote have been filed in state legislatures in 33 states — more than four times the number at this point a year ago, according to the Brennan Center for Justice. The proposed bills reflect an escalating battle over voting rights and access, a political flashpoint that defined the 2020 election.

In a sign of the intensifying fight, some Republicans in Idaho, a state that first introduced no-excuse absentee voting in 1972, are now aiming to scale it back. A bill that would limit who can deliver an absentee ballot in the state and how many ballots at a time — to prevent ballot harvesting — advanced to the state House floor this week, but its fate is now in limbo after facing opposition from both sides.

The moves in Idaho follow a familiar pattern across the battlegrounds as Republicans look to regain lost ground in 2022. Arizona, a state that Biden flipped in November, finds itself at the forefront of the effort to curb voting access with Republicans trying to pass a bill that would remove voters from the permanent early voting list. The GOP in Georgia, coming off steep losses after the state helped Biden secure the White House and deliver the Senate for Democrats, is considering reverting back to an excuse-based system for absentee voting and imposing more stringent voter ID laws.

“One illegal vote is too many,” wrote Secretary of State Brad Raffensperger, the Republican who steered Georgia’s election last year, as he pushed for additional voter ID laws. “We have not stopped and will not stop working to secure the vote in Georgia. The voters want it, and the integrity of our election system demands it.”