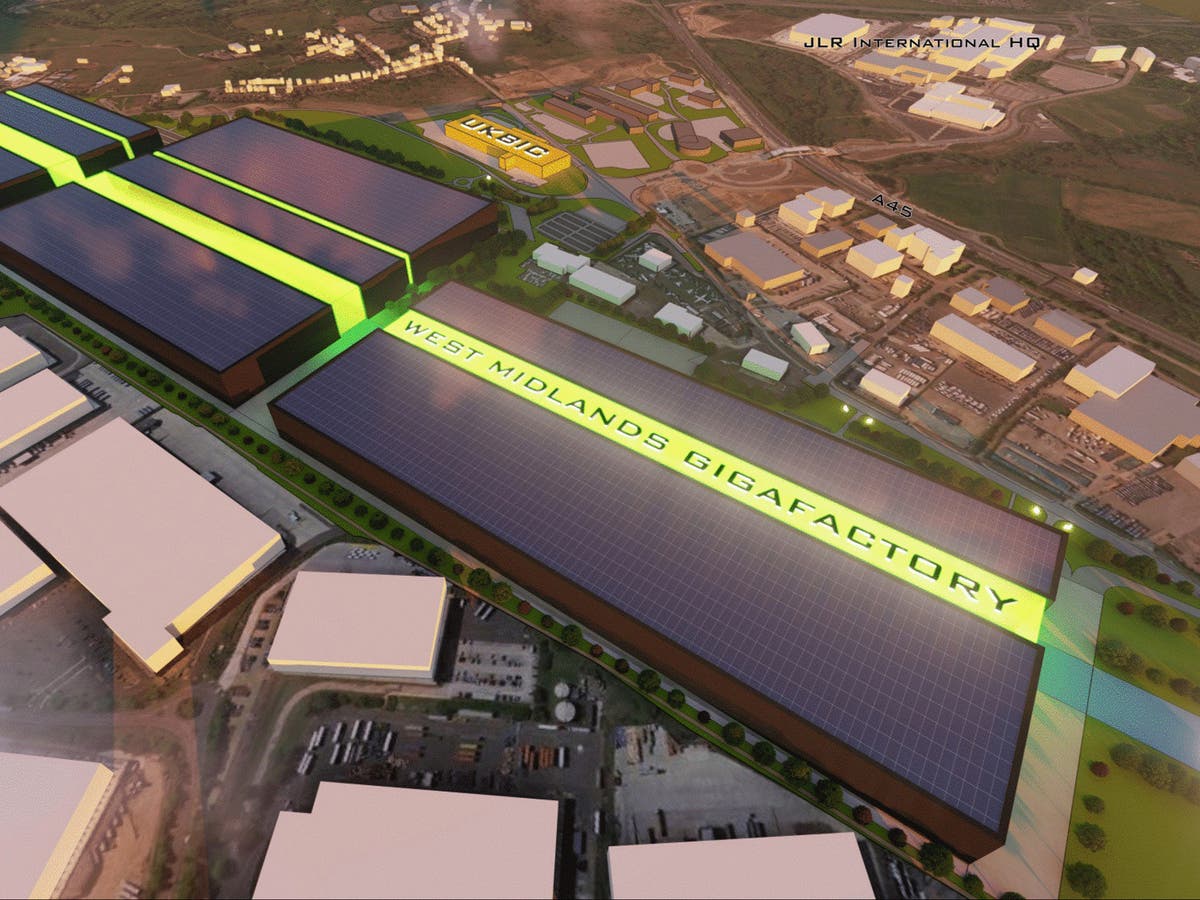 Coventry will seek planning permission to build an electric car battery plant known as a gigafactory in a move aimed at keeping automotive production at the heart of the West Midlands’ region.

Coventry Citer Council will submit an outline blueprint in partnership with the operators of Coventry Airport later this year, which the project’s backers say could attract £2bn in investment and create thousands of jobs.

If the plans are passed, the site could be operational by 2025, though it would need investment from the private sector.

Local government sources told the Press Association discussions are “well under way with a number of potential suppliers”, including battery suppliers and automotive manufacturers, to join the project.

It follows an announcement in December that construction of a £2.6bn gigafactory – the UK’s first – by start-up Britishvolt in Blyth, Northumberland, is due to start in the summer.

The news came as Solihull-based car-maker Jaguar Land Rover (JLR) announced on Monday that it will be an all-electric brand by 2025, and a net carbon zero business by 2039.

The government has signalled its ambitions for a home-grown electric car battery industry in the UK, by making up to £500m available initially to help build gigafactories.

UK policymakers also announced last year that, from 2030, the UK will end the sale of new petrol and diesel cars and vans, a decade earlier than previously planned, as part of a 10-point “green industrial revolution”.

Midlands regional leaders are keen to attract electric car supply chain investment to the area, which is viewed locally as the historic heart of UK automotive manufacturing and employs thousands of people.

Apart from JLR’s factories at Solihull and Castle Bromwich, BMW has a large engine plant at Hams Hall, near Coleshill in north Warwickshire, producing more than 350,000 power units a year for models like the Mini.

Aston Martin Lagonda has its headquarters down the road in Gaydon, Warwickshire, while electric taxi and van-maker LEVC has a plant at Ansty Park, near Coventry.

The drive to secure a gigafactory has the support of the West Midlands Combined Authority, made up of the region’s seven metropolitan councils and the region’s mayor, Andy Street, who has previously been to China to hold talks with potential investors.

Mr Street said: “I have been utterly obsessed with securing a gigafactory for the West Midlands due to the huge economic and job benefits it would bring, so I am delighted we have announced our preferred site and taken a huge leap forward.

“The point I have been ferociously lobbying to Government is that the West Midlands is the natural place for a UK gigafactory as we are already home to the country’s biggest car manufacturer, Europe’s largest research centre, the UK’s only battery industrialisation centre, and a world-leading supply chain.”

He said the Coventry Airport announcement shows the region is “serious” about its plans, and the next step is to win government funding for a new plant.