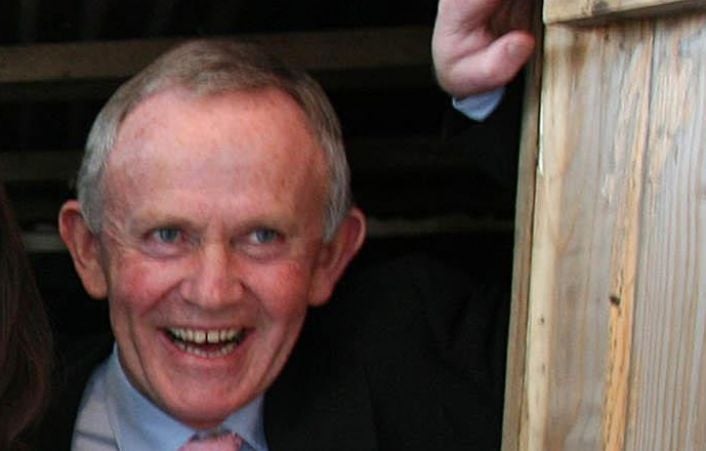 Mr Justice Garrett Simons ruled today that Leslie Buckley (above) had failed to make out a case to support his claims of “objective bias” on the part of the inspectors.

Mr Justice Garrett Simons ruled today that Mr Buckley had failed to make out a case to support his claims of “objective bias” on the part of the inspectors.

Mr Buckley alleged objective bias arising from the contents of draft statements of the inspectors presenting information and evidence gathered by them to date concerning five issues under investigation.

He alleged the draft statements showed a pattern in favour of evidence of former INM CEO Robert Pitt and against that of Mr Buckley.

The inspectors, Seán Gillane SC and Richard Fleck CBE, who were appointed by the High Court in September 2018, strongly denied objective bias.

In his judgment, Mr Justice Simons agreed with the inspectors’ the revocation application was irreconcilable with existing case law on the proper scope of objective bias.

Outlining the background, the judge said a number of matters under investigation concern allegations made against Mr Buckley by Mr Pitt. Mr Buckley refuted those allegations and challenged the credibility of Mr Pitt.

He said Mr Buckley has co-operated fully with the inspectors and acknowledged they have observed fair procedures in their dealings with him.

That concession was “well made” as the inspectors had invited submissions on the draft statements and had since indicated they intend to issue revised versions of the draft statements, which would correct many of the errors in those complained of by Mr Buckley.

The judge said Mr Buckley’s entire case for revocation turns on the inferences which he claimed a notional reasonable observer would draw from the errors in the draft statements.

It was argued the distillation of extensive evidence into the draft statements must have entailed evaluation, consideration and assessment of that evidence and this offered an important insight into the inspectors’ mindset.

Mr Buckley conceded errors are likely, even bound to occur, in the draft statements but attached great significance to what he characterised as “errors” in the presentation of the evidence, and alleged a consistent pattern of mis-stating and misrepresenting evidence in relation to him.

Bias may not be inferred

This, Mr Buckley argued, was so pronounced a reasonable and fair-minded observer could not avoid having a reasonable apprehension the presentation of the evidence was the outcome of an intellectual process infected, even unconsciously, by a particular form of bias, an attitude of ill will towards him or goodwill towards his accusers.

This claim of objective bias ran into difficulties because of a well established line of case law to the effect bias may not be inferred from a pattern of erroneous decisions, the judge said.

Mr Buckley had not set out any “plausible” reason why the inspectors might have an attitude of ill-will towards him and instead sought to reply on errors which occurred at an early stage of the process, before the inspectors reach any final determination.

This, under the case law, was “impermissible”.

The judge also described as “untenable” arguments by Mr Buckley that the court should draw inferences from the errors made.

A corollary of the principles that objective bias may not be inferred from legal or other errors made within the decision-making process is that the High Court should not embark upon a detailed examination of the draft statements, he said.

The inspectorate process is still at a relatively early stage and it is envisaged there will be further oral evidence and cross-examination of witnesses by interested parties, he noted. For the court to do what Mr Buckley sought would involve trespassing on the inspectors’ role.

Mr Buckley’s argument that some witness statements should be condemned by the court as erroneous for allegedly failing to highlight alleged inconsistent statements by Mr Pitt would require the court to consider issues of credibility which also trespassed on the inspectors’ role, he said.

On foot of those and other findings, he dismissed the application.

It appeared the inspectors are entitled to the legal costs against Mr Buckley but, if a different costs order was required, submissions on that should be made within two weeks, and he would rule on the matter later, he added.

The Director of Corporate Enforcement (ODCE) sought the inspectors appointment following his office’s year-long investigation into matters at INM arising from protected disclosures made in 2016 and 2017 by Mr Pitt and former INM Chief Financial Officer Ryan Preston.

Five issues being investigated include the alleged off-site interrogation in 2014 of the data of 19 individuals, including journalists and barristers, and Mr Buckley’s communication with Denis O’Brien as a major shareholder in INM.