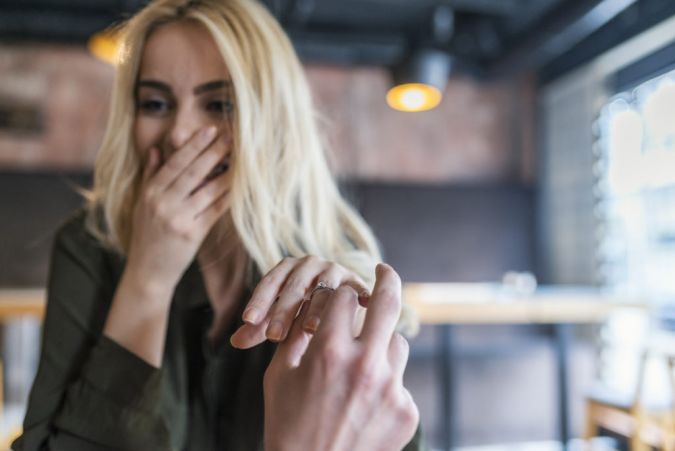 Getting married could have tax benefits for you and your spouse

It might not be the most romantic reason to propose, but getting married could have tax benefits for you and your spouse.

Marian Ryan, consumer tax manager at Taxback.com, explains some of the tax refunds and financial benefits available to couples thinking of marriage this Valentine’s Day.

In the year of marriage or registering a civil partnership, couples continue to be taxed as two separate people under Revenue.

However, in this year, if a couple finds that they have paid more tax for the year as two single people than they would had they been jointly assessed, then they might qualify for a tax refund of the difference for the months married.

The refund can be backdated to the date of marriage or registration of civil partnership, if it was within the previous 4 years.

“CSO data indicates that 63,000 people married in Ireland between the years 2017-2019, and while the figures for 2020 (not yet released) will have plummeted, even if just 10 per cent of those who wed between 2017-2020 failed to notify Revenue of their union, there would be at least 6,300 couples out there could be due this valuable refund,” Ryan says.

“As a nation we are getting married at an older age than ever before, meaning that our income in the ‘year of marriage’ is probably much higher than it was for previous generations. So, the tax savings would also potentially be greater.”

In tax terms, marriage or civil partnership allows you to combine your tax credits with your partners and become eligible for joint assessment. Joint assessment is the option that benefits most couples and means that tax is chargeable on their combined total income.

Ryan explains: “In 2020, for married couples or those in a civil partnership, where only one individual is earning, tax is charged at 20 per cent on the first €44,300, with the remainder at 40 per cent. For partnerships or marriages where both are earning, tax is applied at 20 per cent to the first €44,300 and subject to a maximum increase of €26,300, with the balance then paid at 40 per cent.

Revenue rules stipulate that spouses do not have to pay Capital Acquisitions Tax (CAT) on any inheritance from their deceased partner.

Ryan concludes: “We’re not suggesting that anybody gets married for the tax breaks alone, and we aren’t guaranteeing any windfalls – but there are reliefs available out there that could help newlyweds claw back a little of the expense incurred in advance for the wedding day itself, and along the path of marital bliss.”

Passing down family recipes during the pandemic