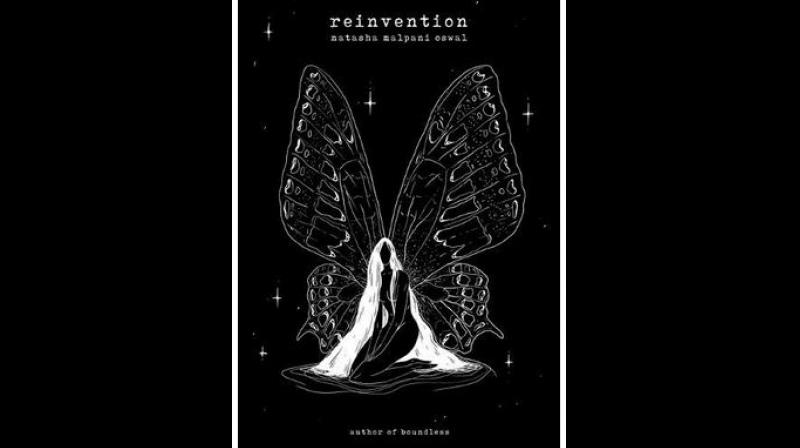 Life is a constant challenge, at any age. Reinvention, a collection of poems by Natasha Malpani Oswal, explores some of these challenges. Can we preserve our identity while building a family? What sacrifices do we have to make for success? Can we have it all — and keep it?

Natasha made her debut as a poet with Boundless in 2019, capturing her own search for identity as she experimented with geographies and built a career. In Reinvention, written after her return to India after a decade-long stint overseas, she attempts to reconnect with her roots.

Sharing insights into Reinvention, she says, “I wrote these poems as I grappled with the idea of coming ‘home’ and ‘coming of age’. At first, I worried about losing the identity I had worked so hard to build. Home didn’t feel anything like home when I moved back. I transitioned from being an investor to a producer and starting my own company, and adjusted to two families. The changes were huge, but have made me stronger.”

She shares that she titled the book Reinvention, as it is about the power of embracing and leaning into change. Describing Reinvention as her personal diary, Natasha says it covers losing and rebuilding trust and relationships, and the dark side of ambition. “I think poetry is the most honest and raw form of self-expression. I write poems to both express and understand my own thoughts and feelings. Writing down how I feel helps me see my own life from different perspectives,” she explains.

Sharing some insights into the poems, she says, “I wrote ‘Princess’, ‘Starry Night’ and ‘Girl’ while I was trying to come to terms with how much more my looks, clothing and appearance seemed to matter than my work or thoughts. These poems are a tongue-in-cheek response to society’s expectations, and a call for us to speak up. I think it’s time we celebrated being bold and colourful and independent.” Elaborating on her writing process, Natasha says, “I write the poems as notes to myself on my phone, because I want to keep the words as sharp as possible. I try to edit as little as possible, because I think poetry needs to capture your darkest thoughts and feelings.”

Natasha, who holds Master’s Degrees from Oxford and Cambridge and an MBA from Stanford, is a big believer in the power of storytelling and leaning into change. “I was previously an investor in London, and am now a poet and producer. I now run a creative house called Boundless Media. I also have a podcast; so I get to explore formats of storytelling through my work,” she shares.

The emotional stages of Pancake Tuesday

Should we be double masking?