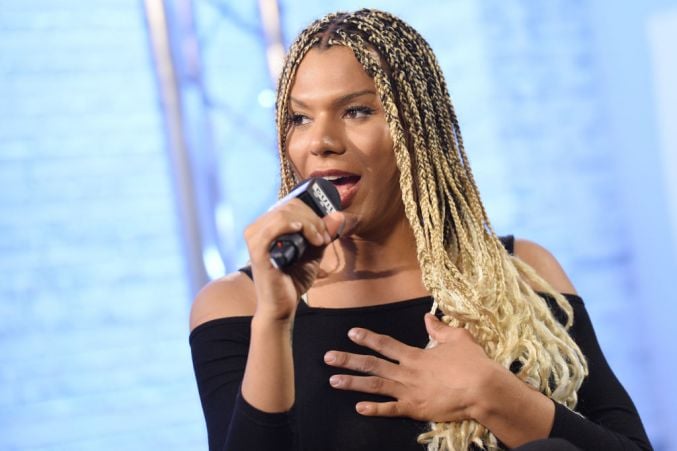 Social media can be a brilliant way to learn more about communities and experiences other than your own.

This LGBT+ History Month, why not broaden your Twitter and Instagram feeds by following these inspirational activists…

Alok Vaid-Menon describes themselves as a “gender non-conforming writer, performer, and public speaker”. Author of Beyond The Gender Binary, Vaid-Menon is all about challenging society’s preconceptions of gender and has nearly 600k followers on Instagram. Frequently posting colourful outfits, often with the hashtag #degenderfashion, they demonstrate how we should be able to wear whatever we want – regardless of gender.

When considering life post-pandemic, Vaid-Menon told Teen Vogue: “My sincere hope is that we reimagine a more just and equitable society, one in which we stop policing gender binary norms and instead redirect our energy to more important causes like climate change and universal health care.”

Model and activist Munroe Bergdorf first appeared on the public stage after being dropped by L’Oreal for her comments on “the racial violence of white people”. Since then, she’s become a leading voice in the fight for trans rights and racial equality.

After George Floyd’s death and the Black Lives Matter protests in 2020, L’Oreal reached out to Bergdorf – the company made donations to UK Black Pride and Mermaids (a charity that supports gender-diverse children), and the activist now sits on its Diversity and Inclusion Board.

Bergdorf often talks about the issues trans people face. She told Glamour in 2020: “I think the biggest thing that we need to get past is just getting stuck on the same old conversations such as trans women being a threat to cisgender women and not acknowledging the reality of the trans experience for women.”

Follow Bergdorf on Twitter and Instagram for news, facts and figures about the trans community, plus more than a few glam shots – after all, Bergdorf is a model as well.

Many of actor, writer and director Jake Graf’s films give voice to the trans experience. He told PA Media: “I think it’s very important to put yourselves out there because there’s a whole generation of younger trans men who have no one to look up to and haven’t for years – I certainly didn’t. So I think it’s important that myself and my trans brothers across the world are putting themselves out there to be seen and counted.”

He’s a patron of Mermaids, and on social media gives us a glimpse into his life with wife Hannah Graf. The couple have been vocal about their journey to having daughter Millie via surrogacy.

Okay bear with me for a sec.
Being queer and absorbing media is like trying to find your way through a forest.

I can finally talk about this!
THE GIRL FROM THE SEA is my new graphic novel: it’s a romance between Keltie, a mysterious selkie who doesn’t understand humans, and Morgan, a Nova Scotian teen, coming out next summer! Very excited about this one☀️🌊👩🏼‍🤝‍👩🏻💙https://t.co/sEY7OEhkQH pic.twitter.com/8E9Tr3Hyxi

In 2020 she was named in Forbes’ 30 Under 30. Her social media is full of cute, inclusive cartoons and discussion of what it’s like to be queer in society today.

#IWeighBookClub author Roxane Gay (@rgay) speaks her truth. Loudly. And we LOVE that about her. 👏

This week on ‘I Weigh with @JameelaJamil’ she unpacks what it means to be “a woman of color, a queer person, a fat woman, on the internet.”

Author and essayist Roxane Gay writes largely about intersectional feminism and her tweets cover everything from issues facing the LGBT+ community to dog pictures and shout-outs to Janet Jackson. In her pinned tweet, Gay reminds us one voice isn’t a full representation of a whole group of people: “My tweets are not meant to be universal. They will not nor cannot account for every reality. If something I say doesn’t include or apply to you that doesn’t invalidate your truth.”

Are we ready for gender neutral fashion?

Could virtual reality give you the travel fix you’re craving?