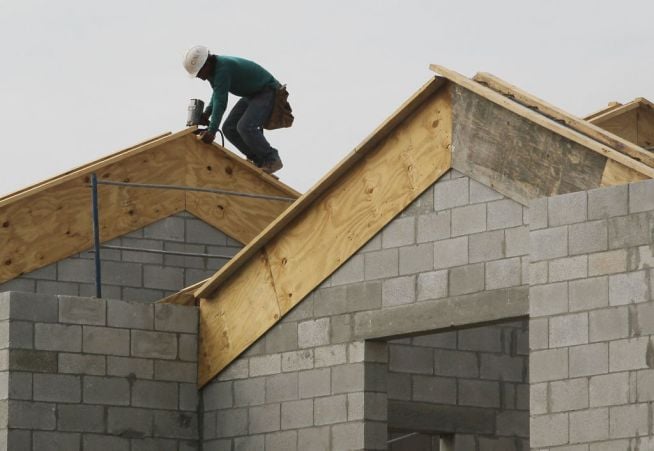 The State has urged the Supreme Court to overturn a far-reaching finding that a law setting minimum pay and conditions in building and related industries is unconstitutional. Photo: Getty Images

The State has urged the Supreme Court to overturn a far-reaching finding that a law setting minimum pay and conditions in building and related industries is unconstitutional.

Attorney General Paul Gallagher argued on Monday that the 2015 law is “permissible delegated legislation” and the High Court erred in finding otherwise.

He was opening the State’s appeal before a five judge court against Mr Justice Garrett Simons’ decision that the Minister of State for Business Enterprise and Innovation acted outside his powers in June 2019 in purporting to make a sectoral employment order (SEO) for electricians.

Mr Justice Simons found the parent legislation governing such orders, Chapter 3 of the Industrial Relations (Amendment) Act 2015, is invalid by reference to Article 15.2.1 of the Constitution, which provides the “sole and exclusive” power of making laws for the State is vested in the Oireachtas.

On that basis, he set aside the SEO.

He found the impugned legislation trespassed upon the exclusive law-making power of the Oireachtas as it delegated legislative authority on important matters of policy to the Minister, and indirectly to the Labour Court, without defined boundaries.

The Act permits trade unions and employer groups to request the Labour Court, in certain circumstances, to examine terms and conditions for employees in certain sectors.

The Labour Court then reports to the Minister who can accept or reject its recommendations.

He stressed his decision was concerned solely with the identification of which branch of government, legislative or executive, is entitled to regulate terms and conditions of employment and was not suggesting the imposition of minimum rates of pay in any sector is “per se unconstitutional”.

Members of the National Electrical Contractors of Ireland (NECI) had challenged the SEO for electricians in proceedings against the Labour Court, the Minister for Business, Enterprise and Innovation, Ireland and the Attorney General.

They argued that requiring all employers in their sector to apply the SEO to their employees interfered with competition and was unfair to smaller electrical contractors.

A declaration of constitutional validity remains suspended pending the outcome of the State’s appeal.

On Monday, the Attorney General argued the High Court erred in several respects.

Policy is determined by the legislature and its policy choices are reflected in the 2015 law which took account of competitiveness and other factors including fair remuneration, he said.

The consequences are inherent from the policy choice in the legislation itself rather than the particular decision in each employment sector governed by sectoral employment orders, he argued.

A “far-reaching inquiry” into the consequences of the law is not required, he said.

Asking what he described as a “rhetorical” question, Mr Gallagher asked what alterative structure other than that provided for in the 2015 Act could be devised by the legislature to achieve policy objectives the legislature is entitled to pursue.

The legislature cannot fairly determine a set of terms and conditions across an industry in the abstract, it has to be done by somebody, he said.

The appeal continues on Tuesday.