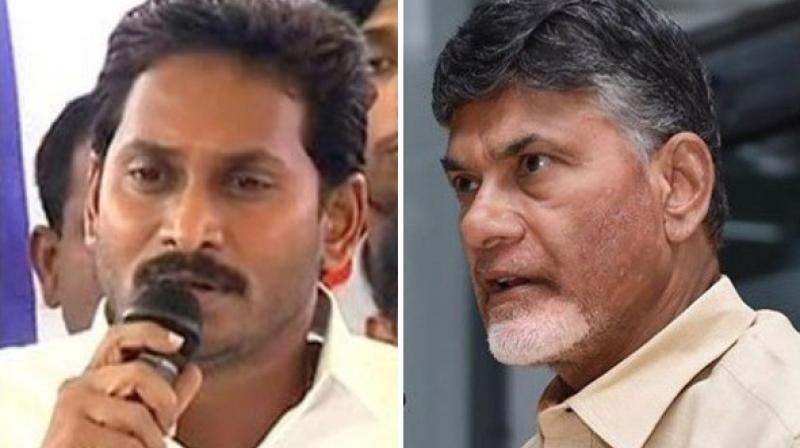 ANANTAPUR: The Telugu Desam has suffered a huge jolt after three decades as a majority of the seats were won by YSRC supporters in the second phase of the Grama Panchayat polls.

The YSRC succeeded in gaining many sarpanch posts in the district, much to the embarrassment of the TD. Significantly, the family of slain warlord Paritala Ravindra couldn’t retain its influence while YSRC supporters won even areas that had in the past stood by Paritala in Rapthadu, Dharmavaram and Kalyanadurgam assembly segments.

YSRC supporters won 53 gram panchyat sarpanch posts out of total 58 in Rapthadu assembly segment. The Telugu Desam couldn’t retain its hold even at Ramagiri, the native mandal of the Paritala Ravindra family.

The YSRC gained seven sarpanch posts while TD was satisfied with two seats in Ramagiri. TD’s decades-old strongholds of Peruru, Ramagiri, Kuntimaddi, Polepalli, Cherlopalli and Ganthimarri crumbled this time and were were won by YSRC.

“I feel satisfied about the local body polls for the first time after many decades. Voters had the opportunity to cast their votes in a free manner,” Shesha Murthy, a veteran from Peruru area tweeted on social media.

Rapthadu MLA T. Prakash Reddy of the YSRC observed that the decades-old muscle-flexing by the Paritala family has come to a halt with the present polls. “The 20-months-long efforts by the Jagan government in introducing welfare schemes helped the YSRC get support from the people of AP,” he said.

He said the free and fair polls led the YSRC candidates to win with even a high of 1,500-votes majority in Ramagiri mandal. The winning majority for the YSRC has, overall, doubled this time as compared to the recent general polls.

Similarly, the YSRC won at least 63 gram panchayat sarpanch posts as against a total 70 seats in Dharmavaram assembly segment where Paritala Ravindra’s son Paritala Sriram was acting as the in-charge for TD.

Analysts pointed out that Anantapur district was the main stronghold of Telugu Desam in the state till the last general polls. Now, in a reversal of fortunes, more than 80 per cent of the sarpanch posts went to the YSRC, which won even sensitive areas like Ramagiri.