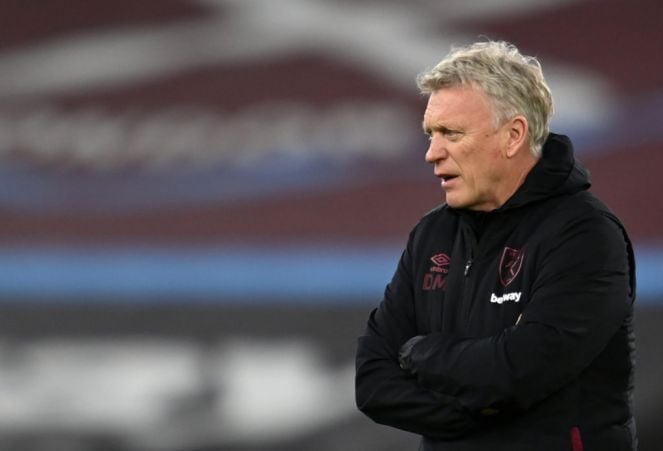 David Moyes admitted he would not have believed anyone who told him at the start of the season that West Ham would be above the champions in February.

However, the Hammers boss has warned the teams in and around the top of the Premier League that there is still more to come from his high-flying side.

West Ham swatted away Sheffield United 3-0 despite having their only recognised striker Michail Antonio once again out injured.

What’s a performance, top 4 for the time being, unbelievable boys! ⚒ #COYI pic.twitter.com/N0xSV84gwu

Instead loanee Jesse Lingard provided the attacking menace as goals from Declan Rice, Issa Diop and Ryan Fredericks lifted them above Liverpool and briefly into fourth place.

“Obviously I wouldn’t have believed it at the start of the season if someone had said that,” said Moyes, whose side were deep in relegation trouble this time last year.

“But our form after lockdown was good and a couple of signings have worked really well for us, and the players have kicked on.

“We’ve got five games before April and if we make it to there it might start hotting up. But it nearly feels uneasy talking like this.

“The teams around us are top, top teams and we are going to have to play incredibly well to be there. But I think we’ve got another gear or two to what we’ve shown tonight.

“I can’t say how well the players have done and I think we have another level. It’s a very good result, very few teams will get three goals against Sheffield United.”

Rice opened the scoring from the penalty spot – West Ham’s first spot-kick of the season – just before half-time after Lingard was brought down by Chris Basham.

Diop added the second after he was left unmarked to nod in Aaron Cresswell’s corner and substitute Fredericks tucked in the third in stoppage time.

The Blades travelled to London knowing a win would lift them off the foot of the table. Instead they suffered another defeat and lost key defender John Egan to injury.

“At this level you can’t make it easy for the opposition and we gift-wrapped two goals,” said manager Chris Wilder.

“Then we started the second half well but then conceded from a set-play. The manner of the goals is really poor.”