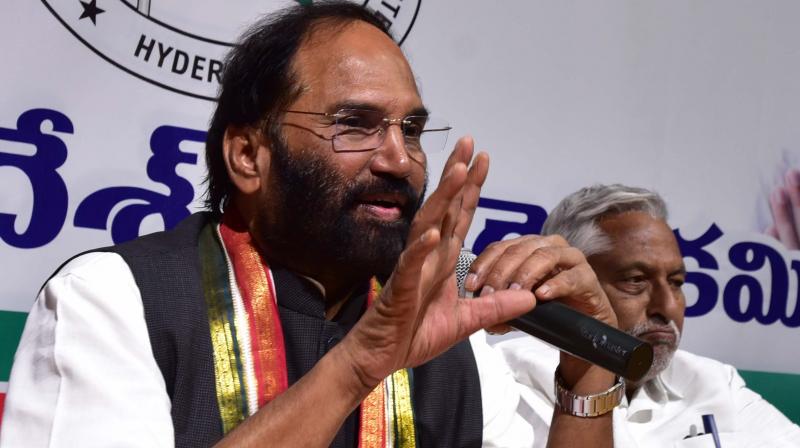 HYDERABAD: State Congress president N. Uttam Kumar Reddy on Sunday exuded confidence that the party would win both the Mahbubnagar-Ranga Reddy-Hyderabad (MRRH) and Khammam-Warangal-Nalgonda (KWN) graduates' constituencies in the Legislative Council elections slated for March 14. He said that while the TRS had cheated all sections of society, the BJP was ignoring unemployed youth and indulging in religious politics.

Speaking during a preparatory meeting for the polls, the TPCC chief said that the party cadre should campaign with a concrete plan and use social media extensively. He said that unemployment has risen because both Union and state governments failed miserably to create employment opportunities.

He pointed out that there were 1.9 lakh vacancies in the state. “The Pay Revision Commission (PRC) recommendations have rubbed salt into the wounds of employees. While rents have increased, the PRC recommended house rent allowance reduction, which is a grave injustice,” the TPCC chief said.

He said that graduates will not get employment until they teach a lesson to both the TRS and BJP.

The Nalgonda MP said that in order to render social justice, the Congress chose Ramulu Naik for the WKN seat.

Taking a dig at the BJP, Uttam Kumar Reddy said the saffron party leaders never worked for the cause of Telangana state. Bayyaram mines, Kazipet Coach Factory and Girijan University were Telangana's right but they are yet to take off, he said. “The BJP always speaks of Ayodhya Ram temple but the same intensity is missing when it comes to development of Bhadrachalam Ram mandir,” he said.