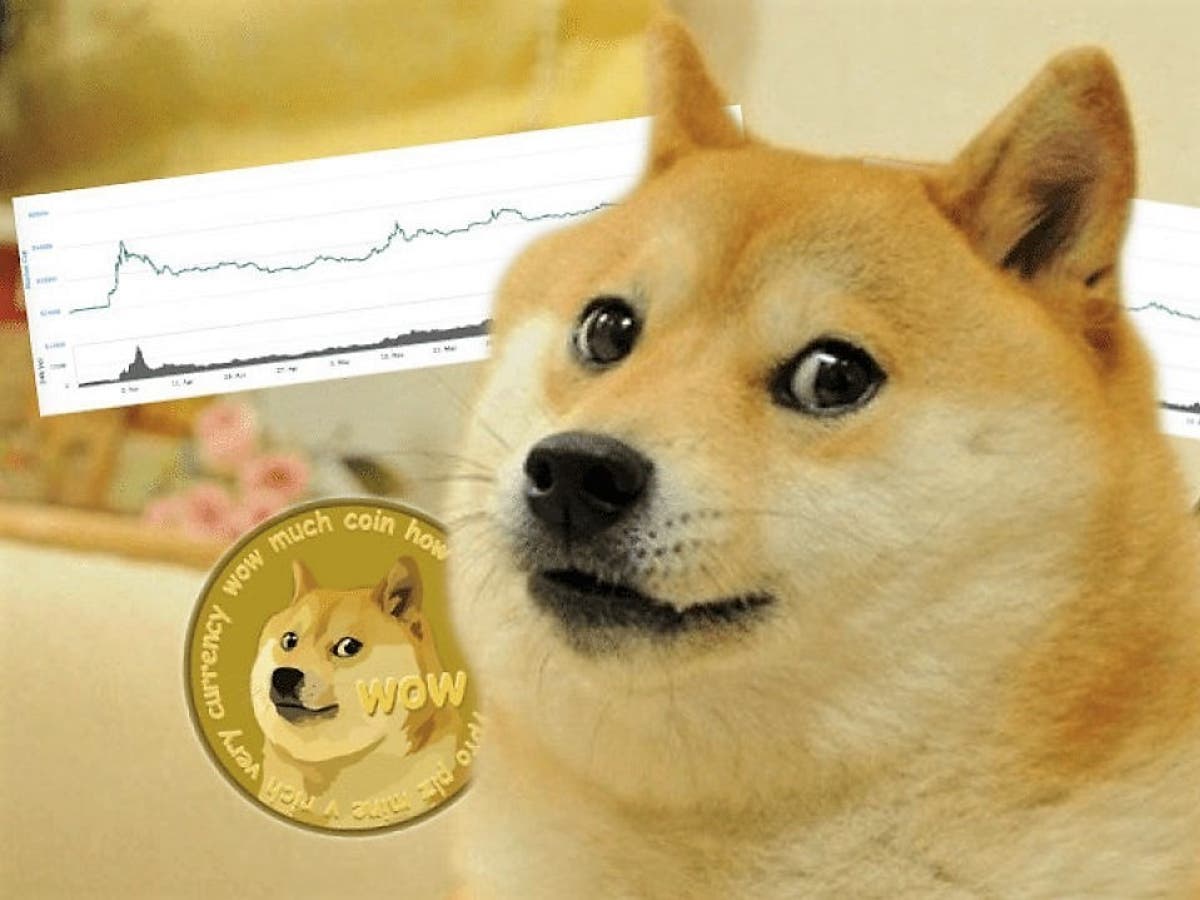 In September 2018, the founder of Dogecoin was lying in bed, scrolling through Twitter, when a direct message appeared in his inbox. It was from Elon Musk.

The SpaceX and Tesla CEO was being plagued by “annoying scam spammers” and the software-engineer-turned-cryptocurrency-creator Jackson Palmer had a solution. They exchanged messages and Palmer shared some computer code that could help Musk.

The scammers had been bombarding Musk’s tweets with replies from fake accounts that mimicked his profile name and picture in an attempt to extort cryptocurrencies like bitcoin from his followers.

Palmer had written the script after becoming a target himself due to his high profile within the cryptocurrency community. Five years earlier he had become one of the early pioneers of the technology by creating a digital currency that quickly attracted a devoted following – but it was only ever meant to be a joke.

In late 2013, while working for the software giant Adobe, Palmer created a “tongue-in-cheek cryptocurrency” inspired by the Shiba Inu Doge meme. “Investing in Dogecoin,” he tweeted. “Pretty sure it’s the next big thing.”

Alongside fellow developer Billy Markus, Palmer purchased Dogecoin.com and rolled out a peer-to-peer digital currency in the style of bitcoin. Described on its website as “fun and friendly internet money”, that is “favoured by Shiba Inus worldwide”, Dogecoin’s popularity grew in tandem with that of the original doge meme.

In its first few weeks, an active Reddit community formed around Dogecoin, extolling the “much wow” potential of the nascent coin. Soon they were using their collective power for fundraising, successfully raising enough of the cryptocurrency to send the Jamaican bobsled team to the Winter Olympics, sponsor a Nascar driver and bring water to a drought-stricken region of Kenya.The attention such stunts brought to Dogecoin saw its value rise even further and within a year its market cap had risen to more than $90 million.

But the influx of capital and the prospect of getting rich quick saw parts of the community turn “toxic”, as Palmer put it, with more focus put on the price rather than good causes. It was at this point, in early 2015, that its creator decided to check out.

“I saw the space being overrun by opportunists looking to make a buck,” he later reflected in a piece he wrote for Vice, lamenting the dissipation of that early spirit.

“I quickly learned, a passionate community of people throwing around money is like blood in the water to the shark-like scammers.”

After seeing its value slide with its reputation for several years, Dogecoin once again came to prominence during the market-wide price rally in 2017/18, which saw a fresh wave of meme aficionados jump aboard the crypto rocket that promised to take them “to the moon”.

A few months after Musk and Palmer’s private Twitter exchange, the technology billionaire posted a satirical news article about “crazy imaginary internet money”, alongside a meme with the caption “Dogecoin rulz”.

Musk, who first made his fortune as the co-founder of online payments giant PayPal, also changed his Twitter bio to read: “CEO of Dogecoin.”

Musk’s love for dogecoin does not come as a surprise for anyone who follows his Twitter feed, which punctuates news of rocket launches and electric car updates with memes and offbeat references to online culture.

In a recent Q&A session on the app Clubhouse, Musk revealed that he even had his own “meme dealers” who create and curate content for him to post.

During that same interview, he spoke about Dogecoin in a way that echoed Palmer’s original intentions for the cryptocurrency.

“Occasionally I make jokes about Dogecoin, but they are really just meant to be jokes,” he said.

While replacing traditional currencies on Earth seems ridiculous, Dogecoin’s astronomical ambition may be less so given Musk’s plan to set up a human colony on Mars. Responding to a Twitter thread in December, Musk agreed a “Mars economy will run on crypto”.

Each time Musk has tweeted about Dogecoin, its price has spiked. When he did it again this week, the cryptocurrency shot up in value by $2 billion in the space of minutes.

Since Musk and Palmer exchanged messages back in 2018, the multi-CEO has gone on to become the world’s richest person, with a net worth in excess of $200 billion.

Dogecoin has also seen its fortunes swell, briefly seeing its market cap peak above $9 billion in late January. But far from being a crypto billionaire, Palmer has nearly nothing to show for his role in creating one of the world’s most popular cryptocurrencies.

The technologist, who still works for Adobe, revealed in a 2014 interview that he had given away the bulk of his holdings in the charity fundraisers that took place in the early days of Dogecoin.

“Lot’s of people assume [I made a fortune], but absolutely not,” he said.

“I did buy a jar of massive Nutella with my doge, which sits on my desk at work.”