Thousands of Madrid citizens took to the streets on Wednesday evening to protest the arrest of rapper Pablo Hasel. Pablo Hasel, real name Pablo Rivadulla Duro, was arrested on Tuesday after a standoff with the police at a Spanish University. Video footage has emerged of large groups of protestors fleeing from the riot police during the protest on Wednesday evening.

Protestors can also be seen volleying bottles at the riot police, while also attempting to hit back at those in riot gear.

This marks the second night of unrest between citizens and the police in the city.

Following his arrest, protestors clashed with police and demanded his immediate release. 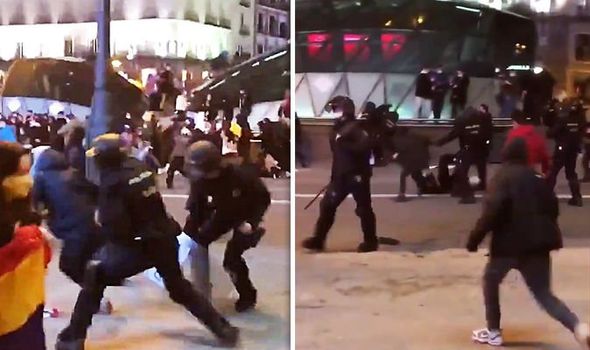 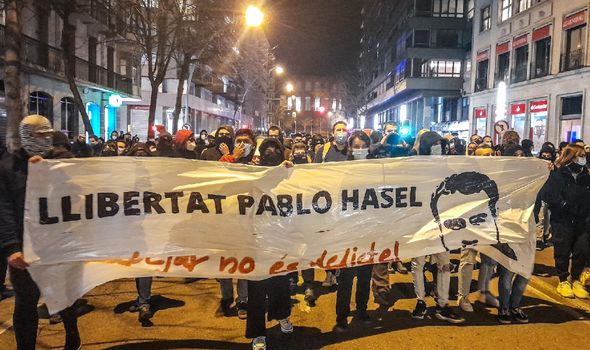 The rapper faces nine months in prison for glorifying terrorism and slandering the crown and state institutions over tweets and song lyrics.

The rapper criticised former King Juan Carlos, following allegations of corruption, and insisted he was a thief and a mafia boss.

The ruling Spanish High Court focussed on many of the tweets of the rapper, most notably one where he is alleged to have praised the Spanish Maoist terrorist group GRAPO.

During his arrest, Mr Hasel was heard shouting: “They will never silence us, death to the fascist state.” 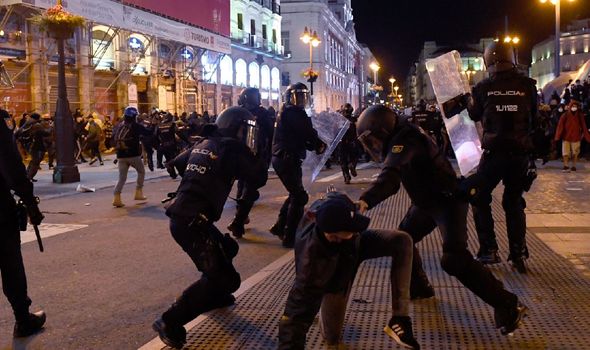 Since his arrest, demonstrations have been reported across Catalonia on Tuesday.

Another 2,000 people called for the rapper release in his home town of Segrià, according to Catalan media.