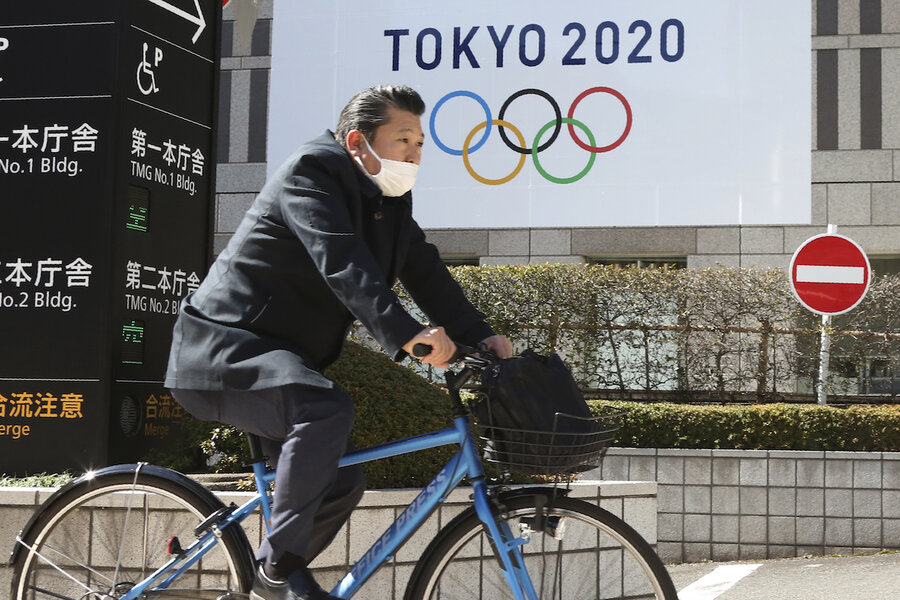 Japan, the world’s third-biggest economy, launched its coronavirus vaccination campaign Wednesday, months after other major economies started giving shots and amid questions about whether the drive would reach enough people quickly enough to save a Summer Olympics already delayed by the pandemic.

Despite a recent rise in infections, Japan has largely dodged the kind of cataclysm that has battered other wealthy countries’ economies, social networks, and health care systems. But the fate of the Olympics, and the billions of dollars at stake, makes Japan’s vaccine campaign crucial. Japanese officials are also well aware that rival China, which has had success beating back the virus, will host the Winter Olympics next year, heightening the desire to make the Tokyo Games happen.

Japan’s rollout lagged behind other places because the government asked vaccine maker Pfizer to conduct clinical trials with Japanese people, in addition to tests already conducted in six other nations. Dozens of countries accepted the results of the Pfizer tests released in November and moved ahead, but Tokyo waited for results of Japanese tests submitted in late January before giving a green light on Sunday.

This all happened in two months, much faster than the one-year average that is usual for Japan, known for being cautious and bogged down in bureaucracy. The approval process for another supplier, AstraZeneca, only started recently, while a third, Moderna Inc., hasn’t applied yet in Japan.

The extra data requested by Japan was part of an effort to address worries in a country with low vaccine confidence.

That longstanding reluctance to take vaccines – usually because of fears of rare side effects – as well as concerns about shortages of the imported vaccines now hang over the rollout, which will first give shots to medical workers, then the elderly and vulnerable, and then, possibly in late spring or early summer, the rest of the population.

Medical workers say vaccinations will help protect them and their families, and business leaders hope the drive will allow economic activity to return to normal. But the late rollout will make it impossible to reach so-called herd immunity in the country of 127 million people before the Olympics begin in July, experts say.

That will leave officials struggling to quell widespread wariness – and even outright opposition – among citizens to hosting the Games. About 80% of those polled in recent media surveys support cancellation or further postponement of the Olympics.

Despite that, Japanese Prime Minister Suga Yoshihide and others in his government are forging ahead with Olympic plans, billing the Games as “proof of human victory against the pandemic.”

Japan has not seen the massive outbreaks that have buffeted the United States and many European countries, but a spike in cases in December and January raised concerns and led to a partial state of emergency that includes requests for restaurants and bars to close early. Mr. Suga has seen his support plunge to below 40% from around 70% when he took office in September, with many people saying he was too slow to impose restrictions and they were too lax.

The country is now seeing an average of about 1 infection per 100,000 people – compared with 24.5 in the U.S. or 18 in the United Kingdom. Overall, Japan has recorded about 420,000 cases and 7,000 deaths, according to data compiled by Johns Hopkins University.

In a room full of journalists Wednesday, Dr. Araki Kazuhiro, president of Tokyo Medical Center, rolled up his sleeve and got a shot, one of the first Japanese to do so.

“It didn’t hurt at all, and I’m feeling very relieved,” he told reporters while he was being monitored for any allergic reaction. “We now have better protection, and I hope we feel more at ease as we provide medical treatment.”

About 40,000 doctors and nurses considered vulnerable to the virus because they treat COVID-19 patients are in the first group slated to be vaccinated using shots developed by Pfizer and its Germany-based partner BioNTech – after the vaccine was authorized Sunday by Japan’s regulator. It requires two doses, though some protection begins after the first shot.

Japan’s late authorization of the vaccine means it lags behind many other countries. Britain started inoculations on Dec. 8 and has given at least one shot to more than 15 million people, while the United States began its campaign on Dec. 14 and about 40 million people have received shots. Vaccines were rolled out in many European Union countries in late December, and the campaigns there have come under criticism for being slower.

But Japan’s vaccine minister, Kono Taro, defended the delay as necessary to build confidence in a country where mistrust of vaccines is decades old. Many people have a vague unease about vaccines, partly because their side effects have often been played up by media here. In the 1990s, the government scrapped mandatory vaccinations after a court ruling held it responsible for side effects linked to several of them. And more recently, Japan stopped recommending the human papillomavirus, or HPV, vaccine after media reports of alleged side effects, renewing worries despite the vaccine’s widespread use overseas as safe and effective protection for cervical cancer.

A recent Mainichi newspaper survey showed that fewer than 40% of the respondents are eager to get their coronavirus shots right away, while about 60% said they will wait and see.

Half of the recipients of the first shots will keep daily records of their condition for seven weeks; that data will be used in a health study meant to inform people worried about the side effects. Studies on tens of thousands of people of the Pfizer vaccine – and others being administered currently in other countries – have found no serious side effects.

“We would like to make efforts so that the people can be vaccinated with a peace of mind,” Chief Cabinet Secretary Kato Katsunobu told reporters.

The development of a Japanese COVID-19 vaccine is still in the early stages, so the country, like many others, must rely on imported shots – raising concerns about supply issues seen in other places as producers struggle to keep up with demand. Mr. Suga on Wednesday acknowledged the importance to strengthen vaccine development and production capability as “important crisis management” and pledged to provide more support.

Supplies will help determine the progress of the vaccination drive in Japan, Mr. Kono said.

The first batch of Pfizer vaccines that arrived Friday is enough to cover the first group of medical workers. A second batch is set for delivery next week.

To get the most from each vial, Japanese officials are also scrambling to get specialized syringes that can draw six doses per vial instead of five by standard Japanese-made syringes.

After the front-line medical workers will come inoculations of 3.7 million more health workers starting in March, followed by about 36 million people aged 65 and older beginning in April. People with underlying health issues, as well as caregivers at nursing homes and other facilities, will be next, before the general population receives its turn.

Some critics have noted the vaccination drive – which requires medical workers to be carried out – adds to their burden, since Japanese hospitals are already strained by daily treatment of COVID-19 patients. There’s an added worry that hospitals will have no additional capacity to cope with the large number of overseas visitors the Olympics would involve.