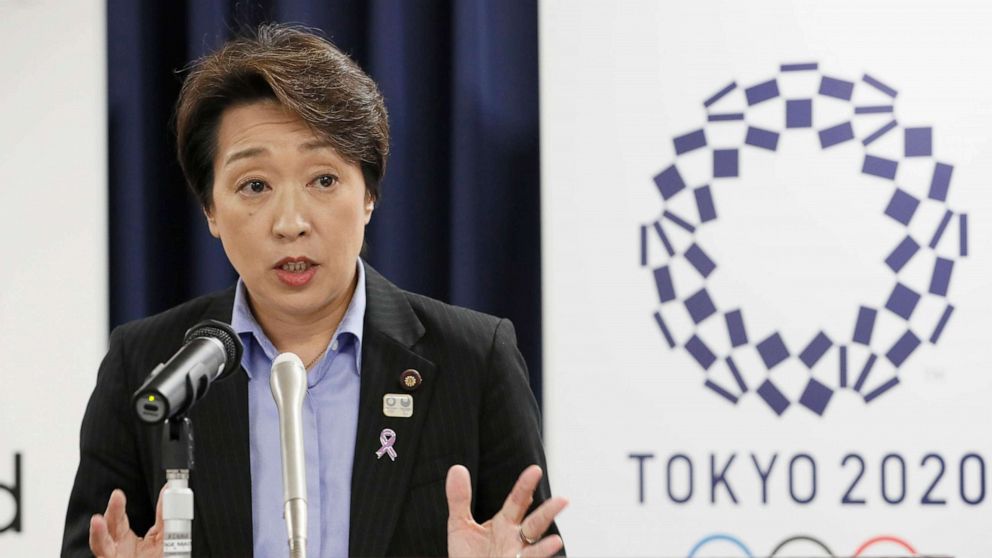 LONDON and TOKYO — The Tokyo Olympics organizing committee announced Thursday that Seiko Hashimoto has been appointed president, a week after the previous leader was forced to resign over sexist comments he made suggesting women talk too much in meetings.

“Today I am honored to be appointed President of the Tokyo 2020 Organising Committee,” Hashimoto said in a statement. “The circumstances surrounding the appointment of a new president have made the question of how Tokyo 2020 and the Games can further the cause of gender equality one of intense interest to many people. I intend to approach this question with a sense of urgency and within the month set forth a system for implementation and begin delivering results.”

Hashimoto has been involved with the Olympics for a number of years, as both an athlete and an official. The 56-year-old former speed skater and track cyclist is a decorated Olympian, having represented Japan at a total of seven Olympic Games and winning a bronze medal at the 1992 Winter Olympics in Albertville, France. She also served as a senior executive board member of the Japanese Olympic Committee, led Japan’s Olympic delegation to the 2010 Winter Games in Vancouver, Canada, as well as the 2014 Winter Olympics in Sochi, Russia, and served as deputy delegation lead to the 2012 Summer Olympics in London, United Kingdom.

“With the appointment of a woman as President, the Tokyo 2020 Organising Committee is also sending a very important signal with regard to gender equality, which is one of the topics we addressed in Olympic Agenda 2020, the reform programme for the IOC and the Olympic Movement,” Bach said in a statement Thursday.

Since September 2019, Hashimoto had been serving as minister for the Tokyo Olympic and Paralympic Games in the cabinet of Japanese Prime Minister Yoshihide Suga. She was also in charge of women’s empowerment and gender equality. Hashimoto told reporters that she submitted her resignation to Suga upon accepting her new role as head of the Tokyo Olympics organizing committee.

“With five months to the Games, this role is an immense and sobering responsibility,” she said in the statement Thursday. “Looking ahead to the summer, we must make safety the ultimate priority and do everything possible to prepare a Games where everyone may feel safe and secure. In my previous role as Minister for the Tokyo Olympic and Paralympic Games I was fully devoted to the Games’ success, and now that I am returning to Tokyo 2020 I will make every effort to further deepen our collaboration with the national government and the Tokyo Metropolitan Government to deliver what the people of Tokyo, Japan and the world can agree is a safe and secure Games.”

“As we approach the first postponed Games in history, Tokyo 2020 will do everything in our power to share a potential vision for a new era of the Games, and to make a contribution to the future of the Olympic and the Paralympic movement as we carry out the mission of the Tokyo 2020 Games,” she added.

Hashimoto’s predecessor, Yoshiro Mori, announced his resignation on Feb. 12. The 83-year-old former prime minister of Japan had sparked outrage after making sexist remarks during an executive board meeting that was held online earlier this month. When giving his “private opinion” about the Japanese Olympic Committee’s goal of increasing the number of female board directors from 20% to more than 40%, Mori expressed concern about how that would affect the length of meetings, according to a report by The Asahi Shimbun, one of Japan’s largest daily newspapers.

“A meeting of an executive board that includes many women would take time,” Mori was quoted as saying by the newspaper. “Women are competitive. When someone raises his or her hand and speaks, they probably think they should speak too. That is why they all end up making comments.”

He also referred to the Tokyo Olympics organizing committee, saying it “includes about seven women, but they all know how to behave,” the newspaper reported.

Mori apologized for his remarks at a hastily prepared press conference the following day. But by then, calls for his resignation were already trending on social media.

Early reports said that Mori had picked Saburo Kawabuchi, the 84-year-old former president of the governing body of Japanese soccer and an ex-player himself, to succeed him. But the news triggered further outrage that the process of choosing Mori’s successor was not transparent and that replacing him with another man who is even older would not help the situation. Toshiro Muto, chief executive officer of the Tokyo Olympics organizing committee, later told reporters that there had been “no concrete discussion” about Kawabuchi succeeding Mori and that Kawabuchi said he would turn down the job anyway.

“We will pick a successor as soon as possible,” Muto said at a press conference on Feb. 12. “We need to ensure that the process to appoint a successor will be transparent, as established by the executive board.”

The controversy and ensuing leadership shuffle come as the Tokyo Olympics organizing committee forges ahead with its plans to hold the Games in Japan’s capital this summer amid the coronavirus pandemic.

The 2020 Summer Olympics were supposed to kick off in Tokyo last year on July 24. But in late March, amid mounting calls to delay or cancel the upcoming Games due to the pandemic, the International Olympic Committee and Japanese organizers announced that the event would be held a year later. Organizers have been staunch in their determination to go forward with the Games ever since. Earlier this month, they unveiled a series of “playbooks” for how they plan to hold a safe and successful Games in Tokyo this summer while preventing the spread of COVID-19.

The Japanese Ministry of Health, Labour and Welfare has confirmed more than 420,000 cases of COVID-19 since the start of the pandemic, including at least 7,196 deaths. The country’s daily number of newly confirmed cases has been on the decline in recent weeks after peaking in early January. Tokyo and nine other prefectures remain under a state of emergency to bring down the infection and death rates.

Japan launched its mass COVID-19 vaccination campaign on Wednesday, months after other major economies did so and amid concerns over whether the drive would inoculate enough people in time for the already-delayed Tokyo Olympics.

Following the announcement of her appointment, Hashimoto told reporters she wants to ensure “athletes can actively participate in the Games without anxiety.”

“Under the current circumstances, some athletes might wonder if it is appropriate to be a part of the summer Games. I’m sure this must be a challenging and difficult situation,” she said at a press conference Thursday. “I’m a former athlete. Therefore, I take into considerations the needs of the athletes as well as the public. Safety is of utmost importance.”