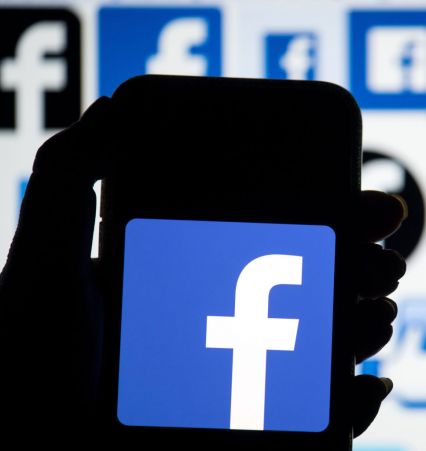 Facebook said on Thursday that it blocked media content in Australia because the draft law did not provide clear guidance on the definition of news content.

Facebook said on Thursday that it blocked media content in Australia because the draft law did not provide clear guidance on the definition of news content and said its commitment to combat misinformation had not changed.

Dozens of Australian companies, charities and information providers reacted with anger on Thursday after being shut down by Facebook, imploring the social media giant to restore their pages as calls for users to delete the platform grew.

Australians were blocked from accessing news in their Facebook feeds after an escalation of the proposed media bargaining code which would require the company and Google to reach commercial deals with news outlets whose links drive traffic to their platforms.

But several charities and pages of official health, meteorology and emergency services were also blocked, along with smaller, niche content providers.

Foodbank Australia, one of the many charities caught in the crossfire, said Facebook’s response was “unacceptable”.

“Hours matter when you have nothing to eat. SORT THIS OUT!” CEO Brianna Casey tweeted.

Save the Children CEO Paul Ronalds said the charity had come to rely on the platform to communicate with supporters and members.

“We also use Facebook as an important fundraising tool to reach generous supporters who want to support the world’s most vulnerable children,” he said. “Every minute that our page is down is another minute our message isn’t getting out about the needs of children.”

Facebook had restored the government services pages by afternoon, but there were still small businesses and community groups who were left venting, with #facebooknewsban and #DeleteFacebook trending on microblogging site Twitter.

Rachel Chappell who founded a Sydney-based community group ‘North Shore Mums’ nine years ago woke up to see her Facebook page with its 35,000 followers disappear.

“We’re a mum’s website. We are small and niche. This is not fair,” said Chappell, who built up a small business for mothers, writing about family-friendly cafes and pets for the local community, and attracting advertising.

“I think they are just bullies. They are shooting themselves in the foot. I spend my A$20,000 marketing budget to promote our content with Facebook,” said Chappell, adding the move had “completely shaken” her.

Facebook’s reach in Australia is powerful. It has more than 11 million users in a population of 25 million and takes in about 24% of the country’s advertising spend, according to the competition regulator.

A Facebook representative in Australia did not reply to a request for comment. A later Facebook statement said the ban should not affect government pages but “as the law does not provide clear guidance on the definition of news content, we have taken a broad definition”.

Several organisations posted social media messages directing followers to their websites or other platforms including Twitter and Facebook-owned Instagram.

Journalist Jelisa Apps said many rural areas and country towns relied on their local paper’s Facebook pages as physical copies were stripped back over the years. Other social media platforms were not as widely used, she said.

“I’ve just checked my hometown’s newspaper page. It’s gone. This is a real shame. An undervalued audience having their news further limited,” Apps said on Twitter.

Facebook “is destroying its social licence to operate,” Lewis said.

“Without fact-based news to anchor it, Facebook will become little more than a cute cats and conspiracy theories (page),” he added.

“If Facebook determines to treat Australians with such contempt, Australians should respond by ending its use of Facebook and using alternate ways to connect online.”

“The actions we’re taking are focused on restricting publishers and people in Australia from sharing or viewing Australian and international news content,” a company spokesman said.

“As the law does not provide clear guidance on the definition of news content, we have taken a broad definition in order to respect the law as drafted. However, we will reverse any Pages that are inadvertently impacted,” the spokesman said. – Reuters