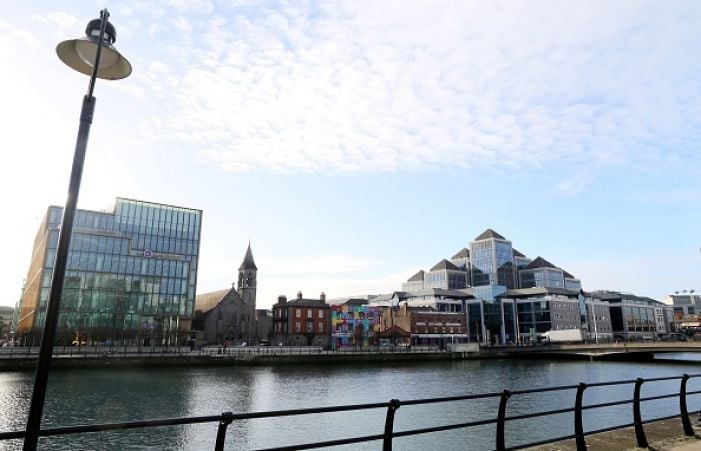 The property is two sites at the City Quay/Moss Street/Gloucester Street area and is worth an estimated €60 million. Photo: Getty Images

Developers Pat Ryan and Phil Monahan have failed in an appeal against a High Court decision giving a receiver the go ahead to sell the last substantial commercial property site on Dublin’s south city quays.

The property is two sites at the City Quay/Moss Street/Gloucester Street area and is worth an estimated €60 million.

Last October, the High Court discharged a temporary injunction obtained by the pair preventing the sale. They claimed it was unlawful for the receiver to sell in light of the October 2019 settlement agreement in relation to the assignment of mortgages on the property as security for certain partnerships.

The High Court refused to continue the injunction because there was a lack of sufficient evidence for Mr Ryan’s claim the sale by the receiver might lead to a lesser price for the property than if sold by him and the partnerships which bought it for with a €17 million Anglo Irish Bank mortgage in 2003.

The property was bought by Mr Ryan, Mr Monahan and a number of other experienced developers through two partnerships, with the Anglo funding. The loans and related security were assigned to Dengrove DAC in 2017.

A High Court hearing over that dispute took place in October 2019 but following talks, a settlement was agreed. That stated the property would be sold with Mr Ryan getting 20.8 percent of the proceeds (his share as a partner) and a “contribution sum” of €376,000.

The balance would be used by Dengrove to discharge borrowings in order to release the security it holds over the land.

Mr Monahan, who was a plaintiff with Mr Ryan in the injunction case, was not a party to that settlement but said he was entitled to benefit from its terms.

There followed a dispute with Mr Ryan over whether the partnerships would handle the sale arrangements or whether it would be done by what is known as “mortgagee in possession”.

On June 25 last, Dengrove appointed Ken Tyrell as receiver. Mr Ryan and Mr Monahan got an interim injunction preventing the sale and when the High Court ruled it should be discharged in October, they appealed. Dengrove and the receiver opposed the appeal.

On Wednesday, Mr Justice Brian Murray, on behalf of the three-judge Court of Appeal (CoA) said the High Court was correct in refusing to continue the injunction.

Mr Justice Murray said his reasons for this included that Mr Ryan and Mr Monahan had not established that a sale by receiver will result in any financial loss to them. He also said the balance of justice did not favour granting of the continuing injunction.

They had also not established that Dengrove would be unable to discharge damages if awarded against them, he said. It was impossible to see why Dengrove should be precluded from exercising its rights under the relevant security documentation, he said.

The onus was on the appellants to establish that the circumstances were such as to merit injunctive relief in the first place, and they had failed to do so, he added.