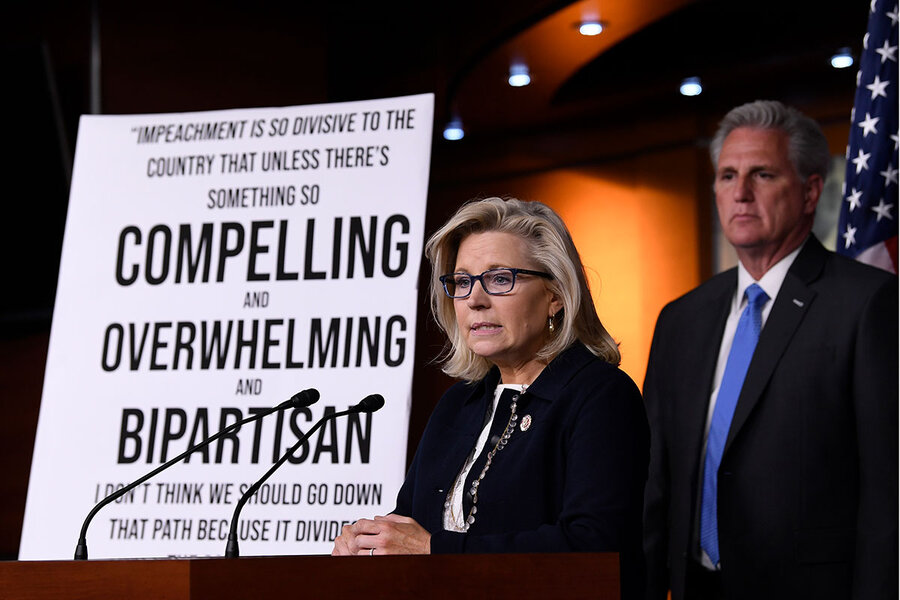 But that superlative must be qualified. Only two other U.S. presidents have been impeached. And President Richard Nixon isn’t one of them. If he hadn’t resigned, engulfed by Watergate and under pressure from major congressional Republicans, Congress would surely have thrown him out of office in bipartisan fashion.

What’s more, many in the small but significant club of Republicans who voted against Mr. Trump have already seen their political fortunes hit the rocks. Many have been censured by their state Republican parties and county GOP committees. Most of the seven senators are largely shielded from repercussions, either because they just won reelection or are retiring in two years.

Then there’s Senate Republican leader Mitch McConnell, who voted to acquit (citing constitutional reasons) but made clear his disgust with Mr. Trump both on the Senate floor and in a Wall Street Journal oped. Yesterday, the former president replied with a takedown of Senator McConnell – a master political operator who just easily won reelection. The Trump-McConnell battle royale will continue in other ways, just not among voters and party committees, for now.

Within the House GOP pro-impeach “caucus,” some are facing major blowback – not just censure, but also early primary challengers in the 2022 midterms. Most prominent among those in trouble are Reps. Adam Kinzinger of Illinois and Liz Cheney of Wyoming. Congresswoman Cheney’s woes are noteworthy, a., because she’s the No. 3 Republican in the House, and b., because she’s a Cheney.

Both of these House members are already being primaried, and in Congressman Kinzinger’s case, there’s family trouble to boot.

“You have embarrassed the Kinzinger family name!” 11 of his relatives wrote to him in a Jan. 8 letter, published this week in The New York Times.

Mr. Kinzinger is undaunted. In late January, he set up a political action committee aimed at challenging the Trump wing of the GOP – which, as I wrote last week, represents a majority of the party. It may be hard to believe that Mr. Kinzinger – an Air Force veteran who served in Iraq and Afghanistan – was a “star of the 2010 tea party class” in Congress. But thus have the Republican Party and some of its elected officials evolved.

Sen. Lisa Murkowski of Alaska is another interesting case – the only one of the seven GOP senators who voted to convict who’s up for reelection in 2022. Mr. Trump has promised to campaign against her.

But as Jessica Taylor of The Cook Political Report points out, Senator Murkowski may be shielded a bit, unlike in 2010, when she lost her primary to a tea party favorite, then won reelection as a write-in. This time, Ms. Taylor explains, the state is switching to a “top-four” primary, in which the top four vote-getters appear on the November ballot, regardless of party. “Ranked-choice voting” will be used in the general, in case nobody wins a majority.

Ms. Murkowski is a centrist, the kind of senator President Joe Biden likes to talk to. And like Ms. Cheney, she’s political royalty back home – the daughter of former Gov. and Sen. Frank Murkowski. But as recent events have shown, coming from the “right” family sometimes isn’t enough, and can even backfire. Stay tuned.