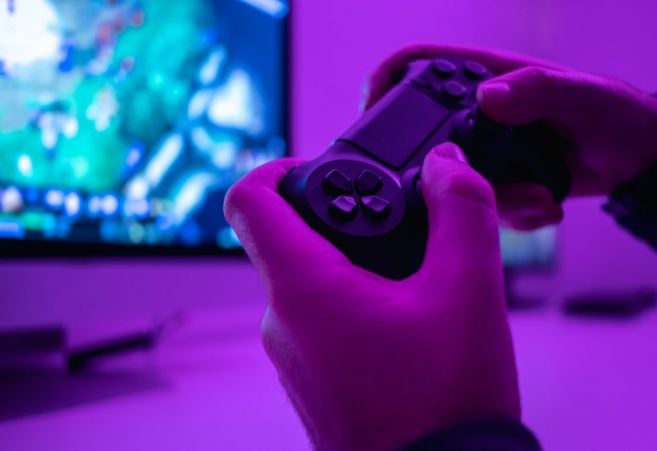 Closeup of hands with a controller

Video games have really come into their own during the pandemic. According to new research by accessories firm HyperX, more than half of 13 to 18-year-olds are using video games to stay in touch with friends during lockdown, while half of surveyed parents said they thought games were boosting their children’s mental health. Only a third, however, said games were a productive use of time.

So are video games actually good for you? We spoke to Dr Mark Griffiths, chartered psychologist at Nottingham Trent University and director of the International Gaming Research Unit, who has spent 33 years researching the effects of video games – both good and bad.

Griffiths is quick to point out that the phrase ‘video games’ is a very broad church – “you can’t typically compare Nintendogs to Call Of Duty” – but adds that, taken as a whole, games can bring “educational, social, psychomotor, cognitive and therapeutic benefits.”

Today, someone can socialise with more people hunched over a computer than they could at a large, currently illegal house party. Since the days of the local arcade, gaming has been a social activity – even more so recently with a shift from traditional consoles to mass online multiplayer.

“Online gaming means playing in and against groups,” says Griffiths, “and from its inception, the social element has been a main motivating factor. The interactive, cooperative aspects of playing with a peer group are really reinforcing and rewarding for people, and clearly enhance life for non-problematic players.

“I’ve got three ‘screenagers’ myself, and my youngest has been a massive online gamer since he was 10. He’s now at university and gaming is one of the key places he interacts socially. In the context of the pandemic, that’s great for mental health.”

One stick often used to beat video games with is that they don’t teach transferable skills, but Griffiths says that’s largely false. “Even among excessive players,” he says, “study after study has shown that video games benefit psychomotor skills – that is to say their reaction times are better, so too their hand-eye coordination.”

Skills like driving and piloting are easily aided by games – “simulations do seem to carry effects over into real life” – so much so that in 2019 the US Army began targeting high-level gamers for recruitment.

Other games claim to boost creativity, and Minecraft in particular has built a reputation on an inventive open world filled with endless possibilities. “My youngest son would triple screen while playing Minecraft,” says Griffiths, “he’d play the game, while watching a YouTube video of it being played, while talking to his friends on his phone.

“I don’t know how he dealt with all three of those screens. he’d just say things like, ‘It’s not my fault I can multitask, and you can’t dad’.”

Video games can have quite specific uses too. Well-designed games are so absorbing they can be used therapeutically – practically as stand-ins for painkillers.

“I’ve got four degenerative health conditions,” says Griffiths, “and the great thing about video games is that when you play them you feel next to no pain because they’re so cognitively engaging. [It has been found in cases that] if you give games to children undergoing chemotherapy, for instance, they need significantly fewer painkillers than kids doing other types of activity.”

Games can also be educational, and there’s a wide spectrum with Candy Crush at one end, and games specifically designed for public purposes at the other. “There are games that help kids with diabetes remember to take their insulin everyday, but even SimCity when it first came out it was being used in economics classes to show that when you raise taxes in one part of the town, this is what happens with homelessness in another part.

“Otherwise, lots of games involve problem solving and that’s clearly one of the bedrocks of education, while even in a first person shooter there’s a lot of decision making, which you could argue is educational.”

Many games capitalise on a continuing sense of achievement – consider the regular streaks and checkpoints on apps like Duolingo – and educational games can get children excited.

The other side of the coin

Every rose has its thorn, and across his career Griffiths has spent more time delving into the bad of gaming than the good. He groups the main downsides into three categories: addiction, violence and health.

Addiction, of course, is not specific to gaming, and Griffiths has a simple rule of thumb to determine when to be worried. “The media always ask me the difference between healthy, excessive enthusiasm and addiction,” he says, “and for me, enthusiasm adds to life, while addiction takes away from it.”

Video game violence is a supremely contentious topic, and has been debated for decades in the media and across family dinner tables. “As a scientist, I don’t think the evidence is overwhelming that violent video games lead to violence,” says Griffiths, “but you can talk about it ’til the cows come home.”

“Typically parents wouldn’t let their 11-year-old watch an 18 rated film, and I’d say you’ve got to take a commonsense approach. I helped get age ratings onto games back in 1993, and any responsible parent can see immediately whether there’s swearing, violence, drug use etc. in a game.”

The physical health risks are much clearer, but not significant for most. “There’s 15 or 16 side effects in the medical literature – repetitive strain injuries, blisters, eye strain, headaches, the effects of a sedentary behaviour and so on. Most of these come from excessive playing.”

Moderation in all things

The good news for all you gamers out there, is that gaming does not always deserve its sometimes sketchy reputation. “There is no evidence at all that moderate game playing has negative effects,” says Griffiths, “and if it does, that’s usually due to playing to the exclusion of other things. That’s thankfully a small minority.”